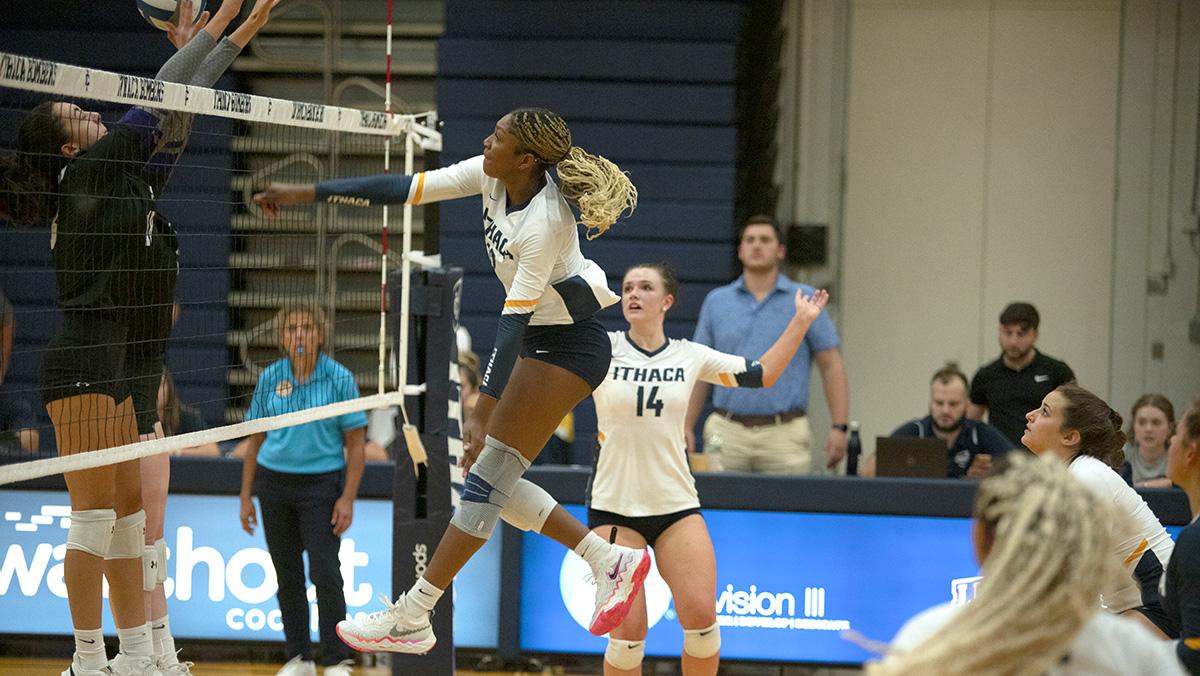 Early in the first game, the Bombers realized the Royals were a strong competitor as the score teetered back and forth between the teams. Scranton’s team was strong at blocking against the Bombers’ kills. The first game ended with the Royals winning 25-19.

From then on, the Bombers were on edge, bringing fierce competiton to the Royals after getting more adjusted to their opponent. The Bombers pulled ahead and won the second game 25–17.

Games three and four were tight matches between the Bombers and the Royals, both teams giving their all on the court. While the Royals had a strong start in the third game, the Bombers fought back and won 25–23.

Although the Bombers won this match, head coach Johan Dulfer said he was not satisfied with the team’s performance, and that he believed the score each game was too close for comfort.

“It wasn’t our best effort,” Dulfer said. “We’ve had so many tight matches now that we feel pretty comfortable in those moments. … I think we kind of forced the outcome just because we were a little more experienced in tight situations.”

Senior middle hitter Jennifer Pitts said she found the team had an assumed confidence based on their three wins over the weekend from Sept. 16–17.

“I think we started off a little slow today, coming in having that confidence from the weekend, we underestimated [Scranton] a little bit,” Pitts said. “Luckily, we found our rhythm and came together and were able to pull out a win.”

Based on the success of the competition Sept. 21, Dulfer said he has high hopes for the remainder of the season.

“If this is an off game for us, and we’re still playing at a pretty high level and we can beat a good opponent, then that’s really encouraging,” Dulfer said.

The Bombers will compete again Sept. 28 against the Rochester Institute of Technology in the Ben Light Gymnasium.