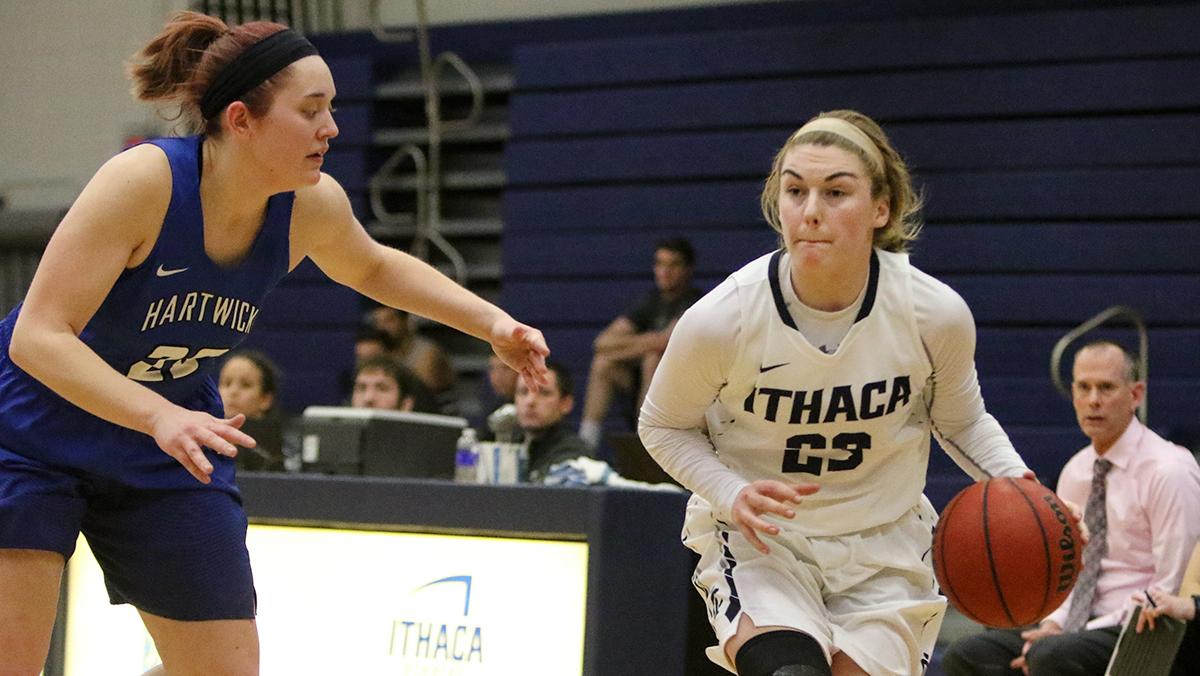 With the spring season underway, here’s what’s coming up this weekend for Ithaca College’s winter and spring sports teams.

After winning the Empire 8 Championship against Steven’s Institute of Technology 77–74 on Feb. 25, the women’s basketball team will be hosting the first round of the NCAA Tournament in Ben Light Gymnasium. Bowdoin takes on SUNY New Paltz at 5 p.m., and the Bombers will go up against Rochester Institute of Technology at 7 p.m. March 3. The winners of the two games will play at 5 p.m. March 4.

The gymnastics team looks to win its first dual meet of the year when it takes on SUNY Cortland at noon March 4 in Cortland.

The men’s and women’s track and field teams will host and compete in the Eastern College Athletic Conference Championships March 3–4 in the Athletics and Events Center. Competition will begin at noon March 3 and at 10 a.m. March 4.

The baseball team travels to Patchogue, New York, for three games this weekend. On March 4, the Bombers face St. Joseph’s College on Long Island at 11 a.m., followed by Skidmore College at 2 p.m. Then, on March 5, the team will once again face St. Joseph’s at 10 a.m. The South Hill squad is looking to bounce back from two consecutive losses to Virginia Wesleyan College Feb. 25–26.

Men’s lacrosse has its home opener at noon March 5 against Rensselaer Polytechnic Institute. The nationally ranked squad looks to continue its success after winning its season opener 19–2 on March 1at Lycoming.

Women’s lacrosse continues its season on the road in Canton, New York, facing St. Lawrence University at 1 p.m. March 5. The team looks to expand its winning streak after winning its season opener against Skidmore 12–9 last week.

Women’s tennis has a home match against William Smith College at 11 a.m. March 5. The South Hill squad is looking to bounce back from a 7–2 loss to St. Lawrence University on Feb. 25.

Weekend Preview: Winter sports are coming to a close