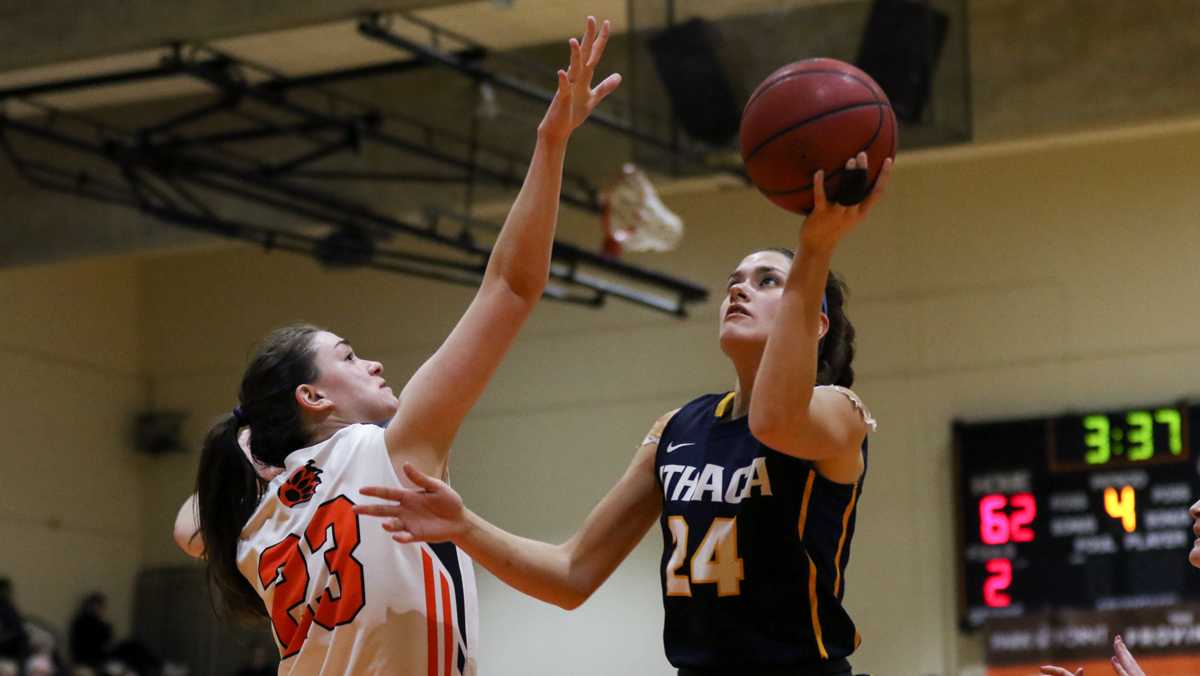 The Ithaca College women’s basketball team defeated the Rochester Institute of Technology  Feb. 6 in a 71–67 win in Rochester, New York.

The Bombers are now in second place in the Liberty League Conference with an overall record of 15–6 and a 10–4 conference record.

The game was close throughout all four quarters. O’Malley started the game with a driving layup to score the first points for the South Hill squad. With four minutes left to play in the first quarter, RIT took a one-point lead from a shot by junior guard Cori Okada. However, the Blue and Gold responded right away and made two baskets in a row to give the Bombers a 19–14 lead. At the end of the first quarter, the college led RIT 22–19 from a three-point shot by freshman guard Megan Yawman with three seconds left.

The Bombers started off the second quarter by making two layups in a row to extend the lead to seven points. The Tigers responded right back by going on their own 7–0 run, taking a 27–26 lead halfway through the second quarter. With 20 seconds left in the second half, the Blue and Gold led by eight points before an Okada three-pointer cut the lead to five points to go into halftime.

Even though the South Hill squad led for most of the third quarter, the lead was taken away from them with 2:53 left when junior forward Tara Lynch and sophomore guard Brooke Stanley made back-to-back plays to give the Tigers their first lead of the second half. A bucket by RIT freshman guard Sabrina Wolfe gave the Tigers a 56–53 lead at the end of the third quarter.

With 3:19 left, RIT took a two-point lead from a layup by Okada, but that was the last lead RIT would take during the rest of the game. O’Malley made two free throws with 23 seconds left which helped propel the Bombers to the win.

The Bombers will be back at home for the second annual Pride Night against Clarkson University at 6 p.m. Feb. 9 in Ben Light Gymnasium.