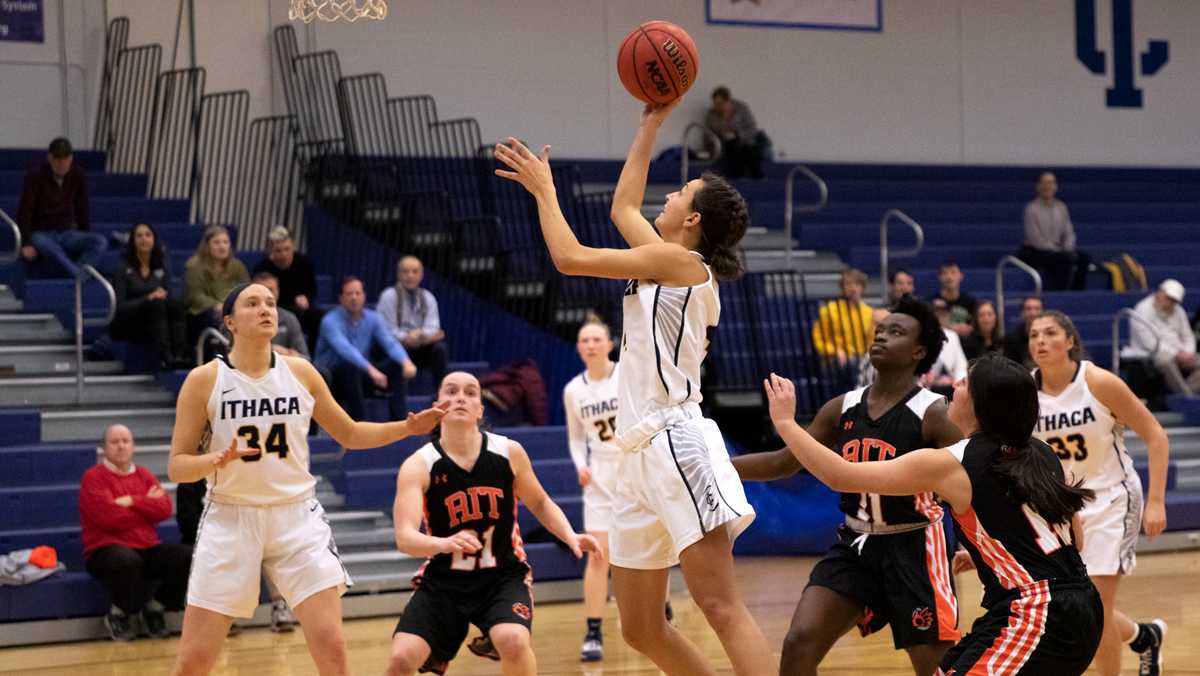 O’Reilly said the players who came off of the bench played a major role in the win.

“They were huge tonight,” O’Reilly said. “Obviously, the people who came off the bench contributed. Alex did a great job getting a lot of shots. A lot of people got rebounds. The energy was just great.”

The South Hill squad battled back and forth with RIT from the tipoff. RIT quickly gained offensive possession and converted on a layup from freshman forward Kaleesha Joseph. The Bombers answered with a 3-point shot from O’Reilly to give the team the lead within the first 18 seconds of the game. This lead did not last long as RIT sophomore guard Taylor Signor hit a 3-pointer almost one minute later.

The lead continued to bounce between the two teams at the beginning of the third quarter, but the South Hill squad took a 48–42 lead into the last quarter behind a steal converted to a jump shot from Gamboa. She followed up the jumper with a 3-point shot with just six seconds left in the quarter.

RIT tied the game again 3:25 into the fourth quarter then took a one-point lead with just 1:42 left in regulation. However, Gamboa sank two free throws and junior guard Megan Yawman netted one with :17 seconds remaining to secure the win for the Bombers.

While the Bombers came out on top, head coach Dan Raymond said the team struggled to get into an offensive groove against RIT’s zone defense. He said this was the first time the team had played against that style of defense for an entire game, a change which he said prevented the players from getting comfortable. Raymond said the team’s toughness was its greatest strength in the victory.

“We were grinders,” Raymond said. “We had to grind that one out … and just stay with it.”

The South Hill squad will be back in action against St. Lawrence University at 5:30 p.m. Jan. 17 in Canton, New York.