Women’s basketball beats St. Lawrence in Unite for Her game 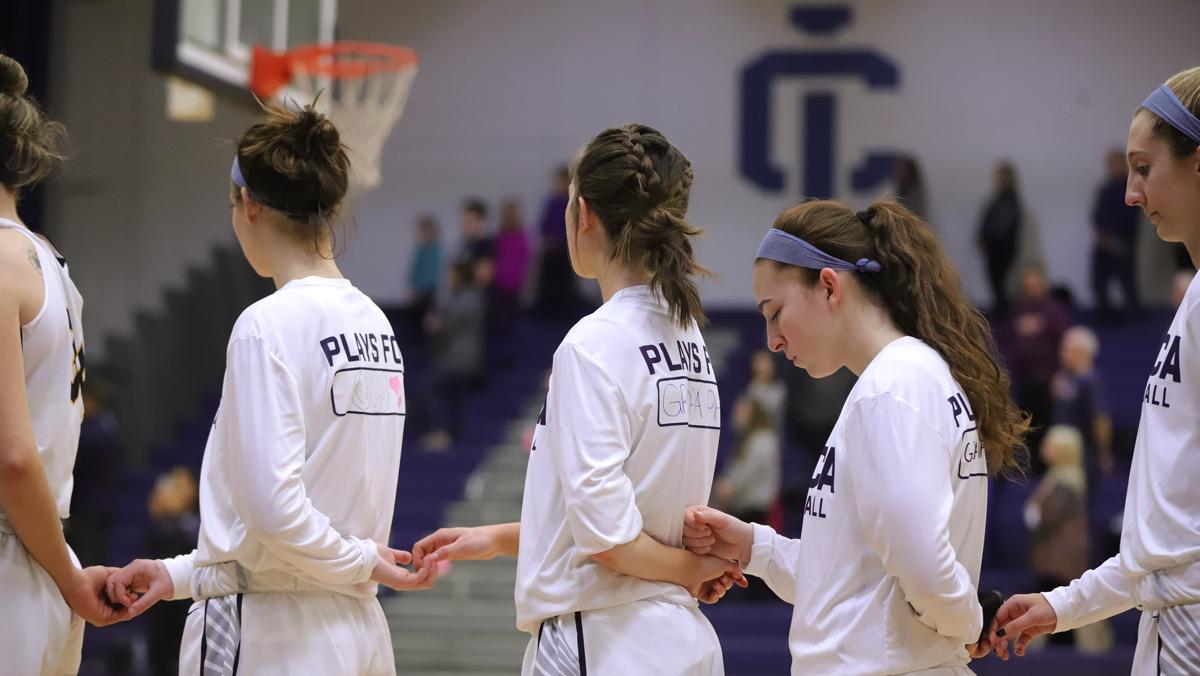 Quentin Bowden/The Ithacan
Members of the Ithaca College women's basketball team line up for the National Anthem before their Pink Game in partnership with Unite for Her.
By Max Sobel
Published: February 25, 2020

The Ithaca College women’s basketball team beat the St. Lawrence University Saints 85-55 Feb. 15 in Ben Light Gymnasium. With the win, the Bombers improved to 18–5 overall and 14–2 in Liberty League action.

The Bombers opened up the game in quick fashion, leading 27–2 by the end of the first quarter. St. Lawrence junior forward Katie Frederick scored the Saints’ only points in the first 10 minutes of the game and finished second in scoring with 10 points. Freshman guard Olivia Middleton led the Saints with 16 points. The Bombers ended the first half with a 43–16 lead.

Head coach Dan Raymond said he was extremely pleased with his team’s performance.

“Obviously, very pleased with the intensity and the effort that we showed, it all started on the defensive end,” Raymond said. “Coming out and doing a great job in that first quarter and setting the tone was also something crucial in today’s victory.”

O’Malley said she was excited about her teammates’ performances, echoing a similar sentiment to Raymond.

“I think our performance was great tonight,” O’Malley said. “I think it really started on the defensive end. We really got a bunch of stops and really executed and that allowed us to get everyone in the right position on offense as well.”

The South Hill squad will return to action against Vassar College, for another Liberty League match up at 5:30 p.m. Feb. 21 in Ben Light Gymnasium.