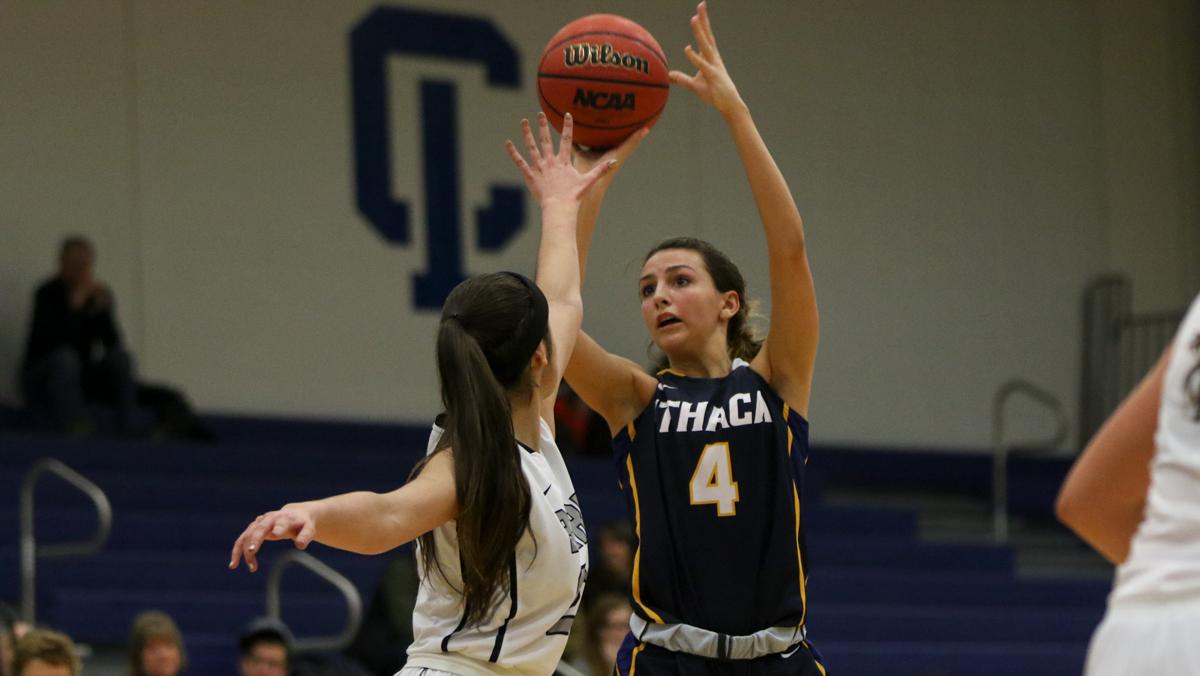 The Bombers are now 19–6 on the season and are tied with the Rochester Institute of Technology and Skidmore College for first place in the Liberty League Conference.

Sophomore forward Cassidy O’Malley led the way for the Bombers with 20 points and five rebounds. The next leading scorer for the Blue and Gold was senior guard Allison Spaschak, who had 11 points, including a 3–3 start from beyond the arch to start the game.

The Blue and Gold never looked back as they went on to take a 42–18 lead at halftime and took control of the game. Defense was the key to their success as they forced 23 turnovers on the defensive end, which led to 17 points off turnovers for the Bombers. O’Malley said that defense was a huge factor in the Blue and Gold’s win.

“I just think everyone playing their hardest on the defensive end,” O’Malley said. “Getting those steals and converting them into offensive baskets and working on both ends of the floor for a full 40 minutes.”

Every player for the Blue and Gold, except for Jordan Beers due to injury, was able to get minutes in this contest, as the bench provided 34 of the team’s 70 points.

O’Malley said that the Bombers are looking to get another win at Senior Day.

“We have to keep that same energy into tomorrow,” O’Malley said. “We will be playing for the seniors out there tomorrow, and we have to get a win.”

The Bombers will next host Vassar College at 2 p.m. Feb. 17 at Ben Light Gymnasium. This is the final game of the regular season, and the seniors will be honored at Senior Day.