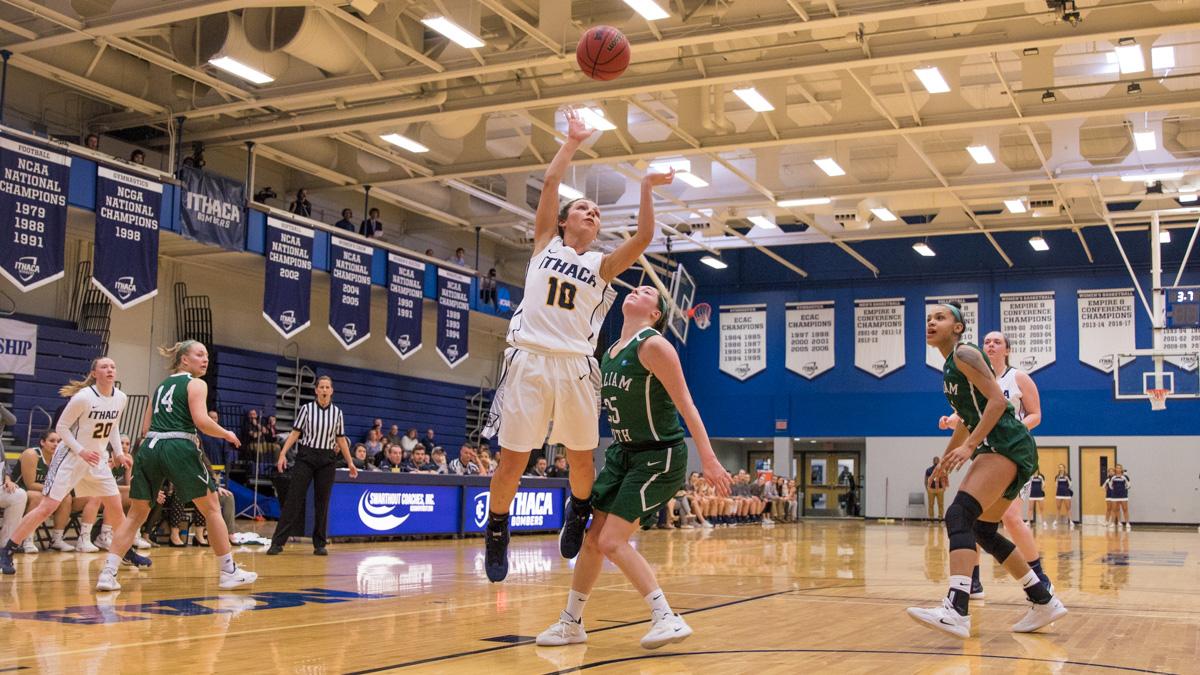 The beginning of the contest was a defensive battle. Each team forced the other to take tough shots. Neither team could find their rhythm and at the end of the first quarter, it was the Bombers up by one 14–13. One player who had some momentum in the quarter was junior guard Cassidy O’Malley, who scored 10 of the 14 points.

In the second quarter, it was more of the same. Both squads played good defense that created frequent turnovers. The Bombers picked up a 10-point lead mid-way through and at the half it was the South Hill squad up 30–22. O’Malley lead the way for the Bombers with 14 at the break. William and Smith was led by senior forward Mia Morrison, who had 8.

In the first half, there were a total of 29 turnovers — 17 by William Smith and 12 by the Bombers. There were also zero three–pointers made. However, in the second half, that changed.

The Blue and Gold came out of halftime by hitting back to back three-pointers, giving them a 14 point lead. After that, they never looked back. They outscored the Herons 27–17 in the quarter and lead by 18 heading into the final 10 minutes.

The Bombers forced a total of 16 turnovers. One of main reasons was the defense that senior guard Allie Tunick forced onto the Herons.

“We worked really hard in practice this week to be better at our team defense, which really paid off because we played in sync and on the same page,” Tunick said.

With this win the Bombers improve to 21-5 on the season. O’Malley said it is going to take everything the team has to come out on top in the championship.

“To win tomorrow it’s going to take the same energy and contributions from everyone that we had today,” O’Malley said.

The Liberty League Championship game against Rochester Institute of Technology is set for 12 p.m Feb. 24 in Ben Light Gymnasium.

Junior continues to lead in second year as captain