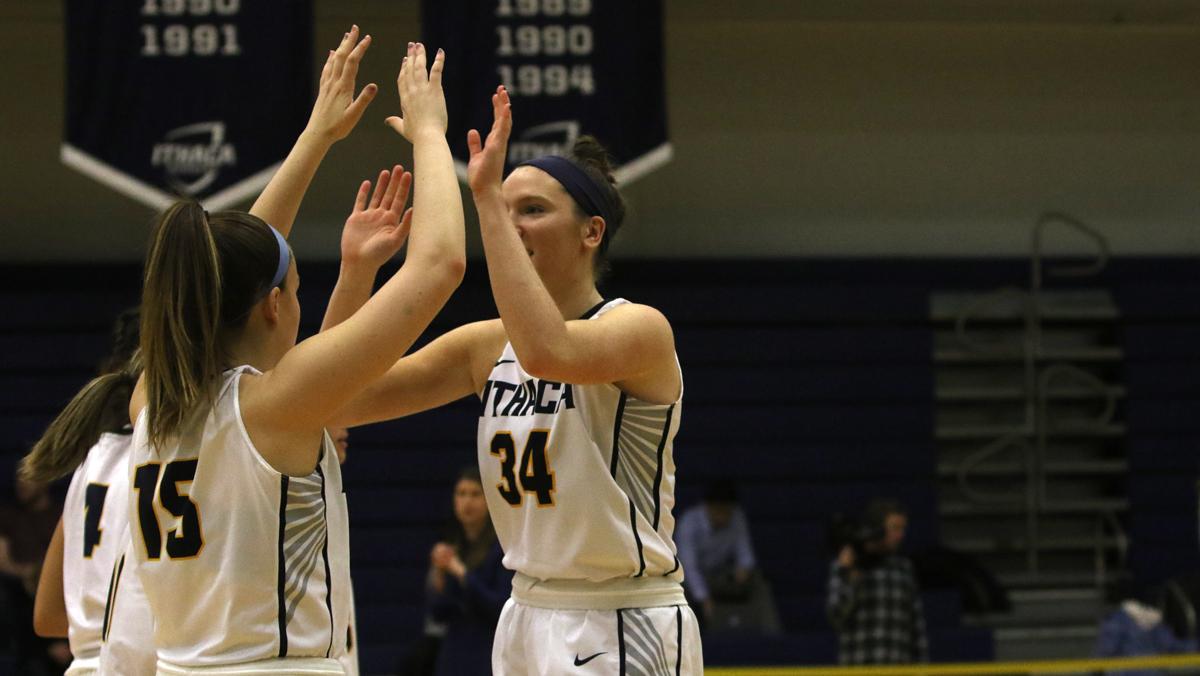 The Ithaca College women’s basketball team suffered a 64–52 loss in their final home game of the season against Rochester Institute of Technology’s Tigers on Feb. 5 in Ben Light Gymnasium. The team’s overall record is now 16–5 overall, and 11–3 in the Liberty League.

Although they defeated RIT on Jan. 8 77–52, the Bombers’ offense could not get going on their home court. They were outscored in three of the four quarters and did not take over the lead at any point during the game. Their worst deficit came in the first quarter, where they scored only four points to RIT’s 14.

The team overall had one of their lowest scoring percentages of the season, netting only 35 percent of its 62 shots during the game and 21 percent of its 19 attempted 3-pointers. Turnovers also hurt the South Hill squad, as they recorded 12 to RIT’s eight.

Despite an overall poor performance, junior forward Cassidy O’Malley kept the Blue and Gold competitive in the game. She sank 19 points, making the game her 12th this season with more than 15 points. She notched more than double the points of the Bombers’ next highest scorer, senior guard Meghan Mazzella, who had eight.

The South Hill squad played a stronger second half than the first but were never able to catch up to RIT’s offense. The Tigers led the Bombers by at least seven points for the entirety of the game after the first quarter.

RIT senior guard Cori Okada led her team in scoring with 17 points. She was closely followed by RIT teammates senior forward Tara Lynch with 15 and freshman forward Alyssa Juergens with 12.

The Bombers will attempt to recover from the loss at 5 p.m. Feb. 8 in Potsdam, New York, against Liberty League opponent Clarkson University.