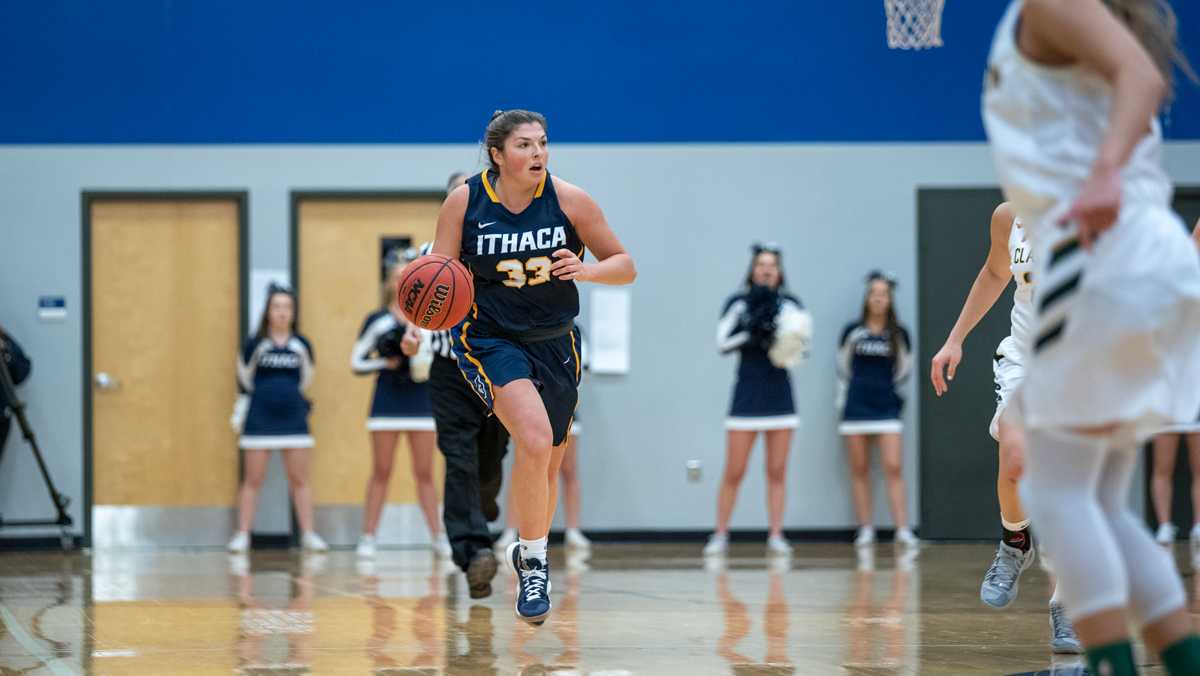 The Ithaca College women’s basketball team beat the Clarkson University Golden Knights by a final score of 73–43 in a wire-to-wire victory Feb. 14 in Ben Light Gymnasium. The Bombers have now won eight straight games and remain atop the Liberty League standings.

“I loved the energy that we started the game with, and we were able to maintain it for most of the game,” head coach Dan Raymond said.

Three seconds into the game, Cannon made a layup to take a 2–0 lead, and she and her teammates never looked back. The South Hill squad connected on each of their first five field goal attempts, and by the end of the opening quarter, the Bombers led 27–9. By halftime, the lead had ballooned to 20 points, with the Bombers doubling up the Golden Knights 40–20.

A point-of-emphasis for the Bombers was to drive the ball inside and get shots in the paint. The Bombers outscored the Golden Knights 46–14 in the paint, and the team was able to shoot 50.8% from the field overall, despite making just 2 of 14 three point attempts.

“Our strength is our inside game,” Raymond said. “That’s what we look to do, and when people know that’s what we want to do and we can still do it, it really indicates how patient our players are.”

The Bombers also scored 16 points in transition, while the Golden Knights did not score on the fast break. The Golden Knights were led by freshman forward Elaina Porter and junior guard/forward Hannah Earl, who scored 8 points each. The team as a whole made just 33.3% of its shots.

With the win, the Bombers are now 18–5 overall, and 14–2 within the Liberty League. The team’s Feb. 14 win was the team’s eighth consecutive victory, and seven of those have come against league opponents.