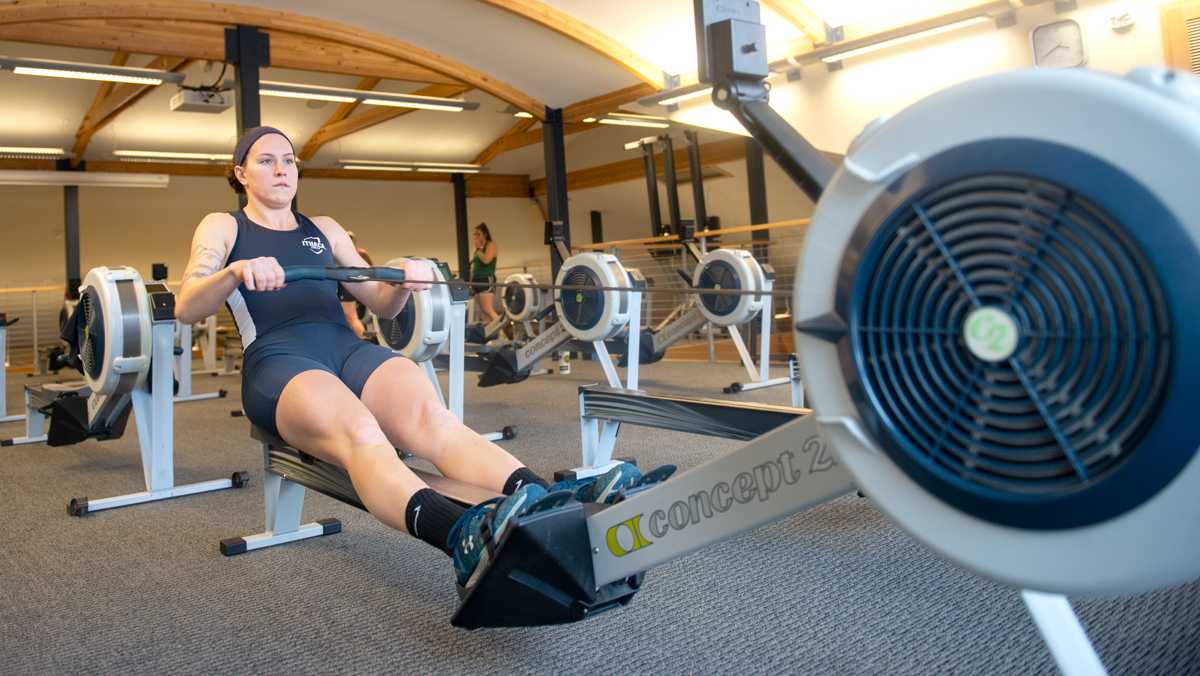 When the Ithaca College women’s crew team’s boats hit the water this spring, it will attempt to compete with the best that Division III has to offer. After a strong 2018 season, the team is excited about its potential for 2019.

Spring 2018 was the Blue and Gold’s first season in the Liberty League, but they were dominant throughout. They went on to take first at the league championships. The third-ranked Bombers then won the New York state championship only a day later, qualifying for NCAA Division III Championships.

The Blue and Gold finished fourth as a team at the NCAA national championships. Their first Varsity 8 boat placed second, only four seconds behind the champions, Bates College.

Head coach Becky Robinson said although the team performed well last season, there is still room for improvement. She hopes that the team will continue being successful and exceed last year’s results.

“Every year, the goal is to do even better than last season,” Robinson said. “So for this season, that means fourth or better at the NCAA Championships.”

The team had four different competitions in the fall and will compete against more than 12 different colleges over the course of the spring season. The Knecht Cup, a two-day regatta held April 13 on the Cooper River in Cherry Hill, New Jersey, is a new competition added to the Bombers’ schedule this year. The Knecht Cup simulates the NCAA Championships, according to Robinson. The event used to be just a dual race but now includes different heats, semifinals and a final to mimic the structure of the championships.

“I’m really excited for it,” Robinson said. “It’s a new event with Division I teams whose speed we want to match.”

The South Hill squad graduated 12 seniors after last season, four of whom were a part of the Varsity 8 boat at the national championships. Seven new seniors, including captains Savannah Brija and Greta O’Hara, have stepped up to fill their spots. According to O’Hara, the team is young, hungry and excited.

“We’re a lot faster than we think we are, even though it’s still early,” she said.

Two freshmen, Dania Bogdanovic and Eliza Worth, will be members of the varsity team this season. The novice squad has also earned 17 new members from all over the country. Athletes hail from as far as Oregon, Colorado, California and Wisconsin.

“I love the freshmen this year — they’re eager,” Brija said. “Varsity feeds off the novice energy; they keep us excited and competitive all season long. They keep us grandmas young.”

Although the Bombers are still in their preseason–training, O’Hara said she has already noticed the difference in the team’s drive.

“We haven’t even hit the water yet, and I can tell that our energy levels, strength and willingness are already up,” O’Hara said.

The biggest difference this season, according to Brija, is how the team stacks up against the competition this year. Even though the competition has gotten tougher, the Bombers are still ready coming off of last season’s success.

Since the team won both the Liberty League and the New York state championships and placed at nationals, the team has even greater goals this season than it had before.

“We have high standards for ourselves,” said O’Hara. “Having a season like we did last year only raises those standards.”

The varsity women’s crew team will attempt to start off their season strong March 30 at the Cayuga Duals on the Cayuga Lake Inlet.