Women’s cross-country looks to get back to nationals 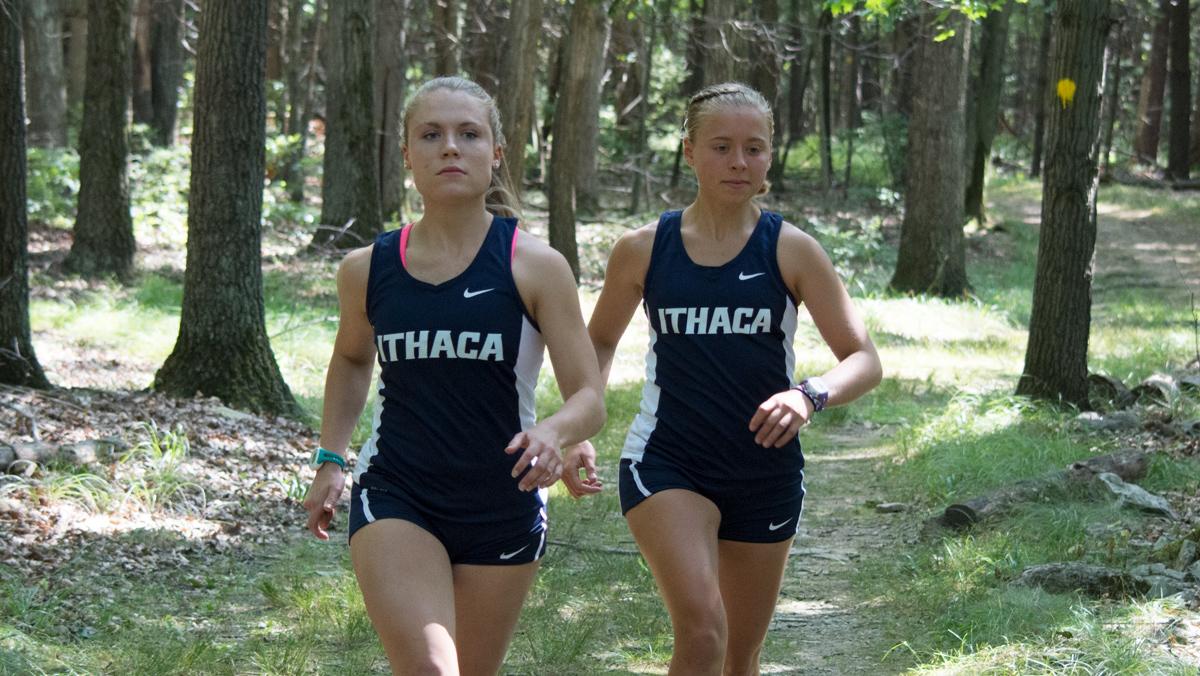 Led by one of the top returning runners in Division III, senior captain Taryn Cordani, the Ithaca College women’s cross–country team is hoping to build on its success from last year.

The Blue and Gold finished first in the Empire 8 Championships, then in 11th place in the 2016 NCAA Division III Cross-Country Championships with a total of 384 points.

Out of their six regular–season races, the Bombers finished in the top five four times and had two eighth–place finishes. In the first two races of the 2016 season, the South Hill squad finished in first and second place, respectively.

The Bombers will look to rely on top performers from last year, such as senior captains Cordani and Alexis Kindig, and a formidable underclassman group that includes sophomores Madelyn McConnon and Annie Morrison.

As captain, Cordani said, she tries to lead by example during tough workouts.

“I think in workouts, I try to motivate my team when it is a tough workout and trying to make everybody feel as comfortable as possible [because] we are really close as a team,” she said.

Last season, Cordani competed in the 2016 NCAA Division III Championships and placed 11th with a time of 20:54.8. Of the 10 athletes that finished ahead of her, four will be coming back for the upcoming season. She competed in seven races and finished second in the 2016 NCAA Division III Atlantic Region Cross-Country Championships with a time of 20:24.8.

“I think I am expecting to go to nationals because I’ve gone the last two years,” Cordani said. “Hopefully top 10 in the country would be great,” Cordani said.

Morrison’s highest finish last year was eighth in the Empire 8 Championships with a time of 19:13.3. With that finish, Morrison qualified for the 2016 NCAA Division III Cross-Country Championships, where she finished in 126th place in the 6K with a time of 22:07.6.

McConnon is coming off her freshman year, during which she ran five races. Her best finish was 27th place in the Hamilton College Short Course 4K.

Kindig competed in six races in 2016, and her highest finish was 11th place in the Hamilton Short Course Race with a time of 15:53.3. It was a 4K race, unlike the usual 6K races.

Head coach Erin Dinan said there will be few additions to the team in terms of freshmen and transfers.

“I expect us to have one or two freshmen this year and a transfer student,” she said. “We are excited to see what new additions can do to our team.”

The Liberty League will bring a step–up in competition for the Blue and Gold. In the 2016 NCAA Division III Atlantic Region Championships, the Bombers finished fourth, just behind Liberty League foe Rensselaer Polytechnic Institute.

“I think the level of competition will definitely increase, but we have a very good team,” Kindig said. “We have a lot of returners, and it will be good to have races against runners that can match our squad’s talent.”

The South Hill squad lost two of its top seven runners, but Dinan said that despite the loss, the team is on its way to another successful season.

“We expect to do well in the Liberty League and [on] the national level,” Dinan said.

McConnon said having tougher competition will help the team prepare for the postseason.

“We always say we are a postseason team, and switching conferences will better prepare us for that,” McConnon said.

The men’s and women’s cross-country teams travelled to the University of Wisconsin–Oshkosh to compete in the NCAA Pre-Nationals meet at the Lake Breeze Golf Club in Winneconne, Wisconsin.