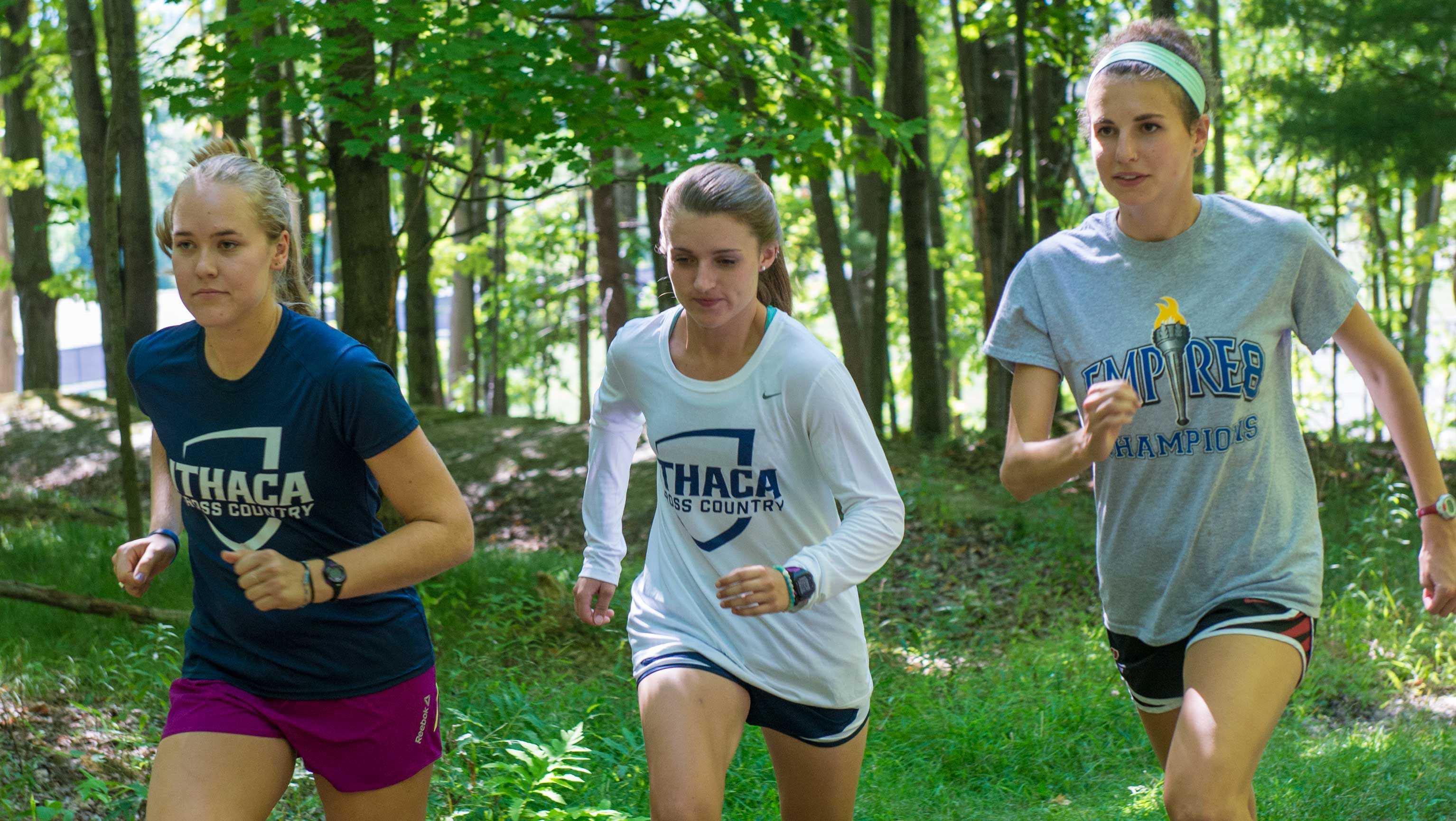 Two Bombers, juniors Taryn Cordani and Denise Ibarra, individually qualified to race in the NCAA Division III Cross-Country Championships last season, where Cordani earned All-American honors. This season, the women’s cross-country team is looking to send its whole squad to the big race, a feat it has not accomplished since 2014, when it placed 31st out of 32 teams.

The team also advanced to the NCAA championships the three seasons before 2014. Last season, the Blue and Gold won the Empire 8 Championships but stopped at the NCAA Division III Atlantic Regional Championships, where they placed seventh.

Cordani, who ran her first season of cross-country last year, is entering this season with the overall success of her team in mind.

“I’m looking to PR in as many events as possible to help my team be successful,” Cordani said.

Junior Sierra Grazia is going into this season with goals that will carry her through future seasons as well.

“I want to build up my endurance and give myself a good base for track season,” Grazia said.

Cordani said her aspiration for this year, specifically, is to place in the top 10 at nationals.

Head coach Erin Dinan also has this goal in mind and said the women who have been to nationals inspire the rest of the team.

“Other girls on the team have really been eyeing to be a part of the nationals experience,” Dinan said.

Last season, the Blue and Gold welcomed five freshman runners and three sophomores to the squad. Since six seniors finished their Bomber career in 2015, the Bombers are looking forward to the addition of more newcomers, who Dinan said make up a promising incoming class.

“We have a lot of incoming freshmen that are actually pretty hot that I’m really excited about,” Dinan said.

The team is looking to win the Empire 8 again, as it has for the past nine consecutive seasons. Cordani said they are going to win their last one before the college transitions into the Liberty League.

“We want to win Empire 8’s, even though we always do, so we want to keep that,” Cordani said. “It is our last time to win, so we are going to win our last one.”

In the 2015 Empire 8 Championship, Cordani and Ibarra placed first and second. The following five runners finished within the top 20 out of the 95 total competitors. Cordani was the only runner to complete the 5k in under 18 minutes.

Grazia said the only way the team will make it to nationals is if everyone works up to their full potential.

“We all have to make sure that everyone is working hard in practice and putting their best effort forward,” Grazia said. “Everyone has to give their 100 percent and motivate everyone else to do the same.”