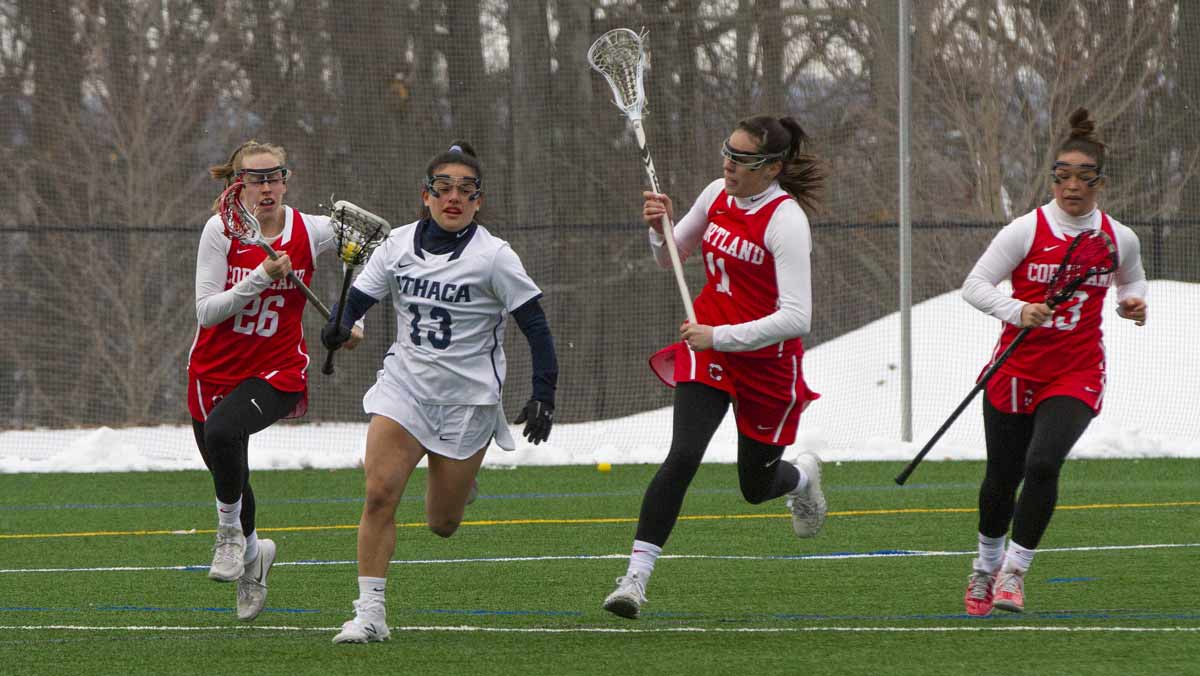 The Ithaca College women’s lacrosse team lost 11–8 against SUNY Cortland in their home opener on March 2 in Higgins Stadium.

During the second half of the game, the score continued to go back and forth between the Bombers and the Red Dragons. Ten minutes into the half, senior attacker Elizabeth Rice scored her fourth goal of the season to give the South Hill squad the lead again. Shortly after that, Cortland junior midfielder Brie Yonge scored for the Red Dragons, tying the game at 7–7.

With eight minutes left in the game, the Red Dragons gained momentum and took the lead. While the Blue and Gold fought for a goal in the final minutes, they were unable to get past Cortland’s sophomore goalkeeper Annie Casey. At the end of the game the score was 11–8 with Cortland taking the win.

Head coach Karrie Moore thought that the Bombers played well, but that there were some things that need to be improved before their next game.

“I think we really need to clean up our possessions,” Moore said. “I thought we were really sloppy with the ball, we just didn’t take care of the ball at all. I think we got a lot of opportunities on offense we just didn’t finish our shots.”

The Bombers hope to regain their momentum when they face the University of Scranton at 1 p.m. March 10 in Scranton, Pennsylvania.