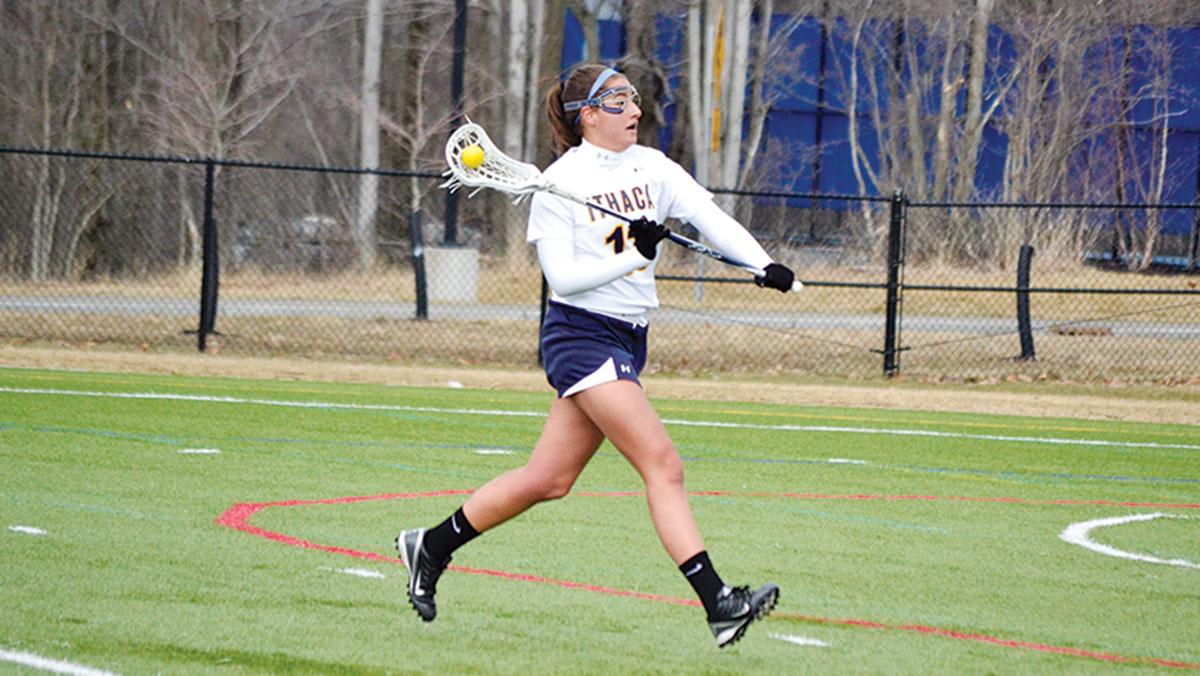 It started in the spring of 2012. After going 12–3 in the regular season, including a program-record tying 10-consecutive victories, the team suffered a crushing home loss against second-seeded St. John Fisher College in the Empire 8 conference title game.

A year later, the pattern continued for the Bombers. A dominant regular season was highlighted by an undefeated 7–0 record in conference play. Yet the conference tournament returned to Higgins Stadium for another championship defeat to the nationally ranked Cardinals.

However, the worst was far from over. After another double-digit win regular season in 2014, the South Hill squad suffered its third straight Empire 8 title game loss to St. John Fisher on the Bombers’ home turf.

For three years, the script has remained the same for this team. But in 2015, the squad has one main goal: rewriting that script.

Senior attacker Emily Peters said the team is using the past three years as motivation to go even further in the postseason this spring.

“Ultimately the goal is to learn from mistakes we made and come back stronger,” Peters said. “It’s going to be rewarding to finally break the cycle.”

Despite not achieving their ultimate goal for the past few years — the Bombers have not made the NCAA tournament since 2011 — senior midfielder Natalie Lang said the team has not looked at those seasons as a failure.

“One of our goals for every season is to make it to and win the Empire 8 Championship game,” Lang said. “The past three years we have worked really hard throughout the season to reach that goal. Each season we have had a great season and made it to the game.”

This year, the pieces are in place for the Blue and Gold to make a long postseason run.

However, Ross said the team is not interested in individual achievements or awards. Rather, the focus remains on winning the Empire 8 and returning to the NCAA tournament for the first time in four years.

Despite the amount of talent at its disposal, the team knows that the game — or conference for that matter — is not won on paper.

Peters said the team has been working hard throughout the preseason to make sure it proves its worth on the field.

“This team, this group of seniors, has worked together for four years,” she said. “Not getting complacent is a challenge for a lot of teams. We put a lot of emphasis on constantly challenging each other. We can make a lot of excuses with the weather and snow right now but we don’t. Everyone works really hard.”

After three-straight years of the same story, Lang said the team’s depth could be a sign that an Empire 8 Championship may finally be in the works.

“This year, we have 20-some girls who are all talented players and bring something different to the table,” she said. “Any combination of girls can be on the field at one time and our team has the capability to work as a unit. This year is going to be our year.”

The Bombers open their season 3 p.m. Feb. 28 with a home contest against the University of Rochester.

Ross said even after three years of disappointment, a conference title would be the least the team’s six seniors deserve.

“[The seniors] are working so hard, and you can see it on the field,” she said. “They’re 100 percent committed to this team and our goal to be conference champions. I want them to win it so badly, and I want to help them get to that point.”