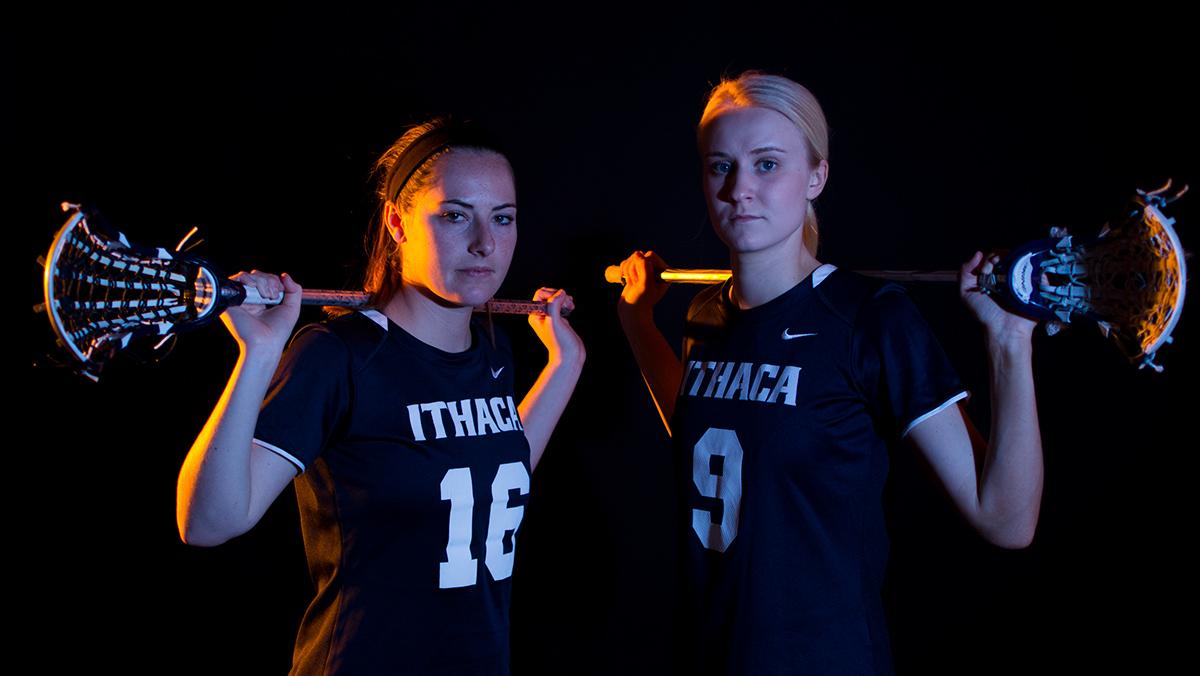 The Ithaca College women’s lacrosse team returns to Higgins Stadium with national attention attached to its name this season. The Bombers are ranked 19th in the country after coming off a 14–6 record last year.

After losing in the finals of the Empire 8 Championships last spring, the Bombers earned an at-large bid to the NCAA Championships. Their season ended with a tough 11–8 loss to seventh-ranked Trinity College in the second round of the NCAA tournament.

Four of the six losses last year were to opponents ranked in the top 11 in the country. With a plethora of returning players, the Bombers are hoping to improve their performance from last year.

Junior defender Molly Long said the team will need underclassmen to step up and take over the spots last year’s seniors held, especially on defense.

“We lost some key senior players, like Riley [Marion] and Erika [Johnson], who was our head defender,” Long said. “So I think we’re going to try and fill those holes and bring up some of the underclassmen and get them comfortable with the team and become one.”

Freshman midfielder and attacker Bailey Herr said one of the challenges for the team this season is its size. The team only has 22 members, compared to 26 last season.

The Bombers have a strong core of seniors in their offense this season, led by senior attacker Morgan Racicot. Racicot was named first team all-conference and second team all-region last year. She also led the team with 77 points, 30 assists and six hat tricks.

Senior midfielder Morgan Cadwell had her best season last year, when she was named first team all-conference and second team all-region. Her best game was against conference rival St. John Fisher, when she notched four goals and three assists. Last season overall, Cadwell ranked second on the team with 42 draw controls and second on the team in goals, with 44. She was also the third-highest point scorer on the team, with 53 total points.

Sophomore attackman Danika Wagener is coming off a freshman season that included three hat-tricks and 35 total points. Sophomore defender Reid Simoncini will also be looking to build off her strong freshman campaign. She appeared in 19 games for the Bombers in her debut season and was a vital part of the defense core, as she caused five turnovers and amassed 19 ground balls.

Cadwell, who started all 20 games last season, said she is confident in the team heading into this season.