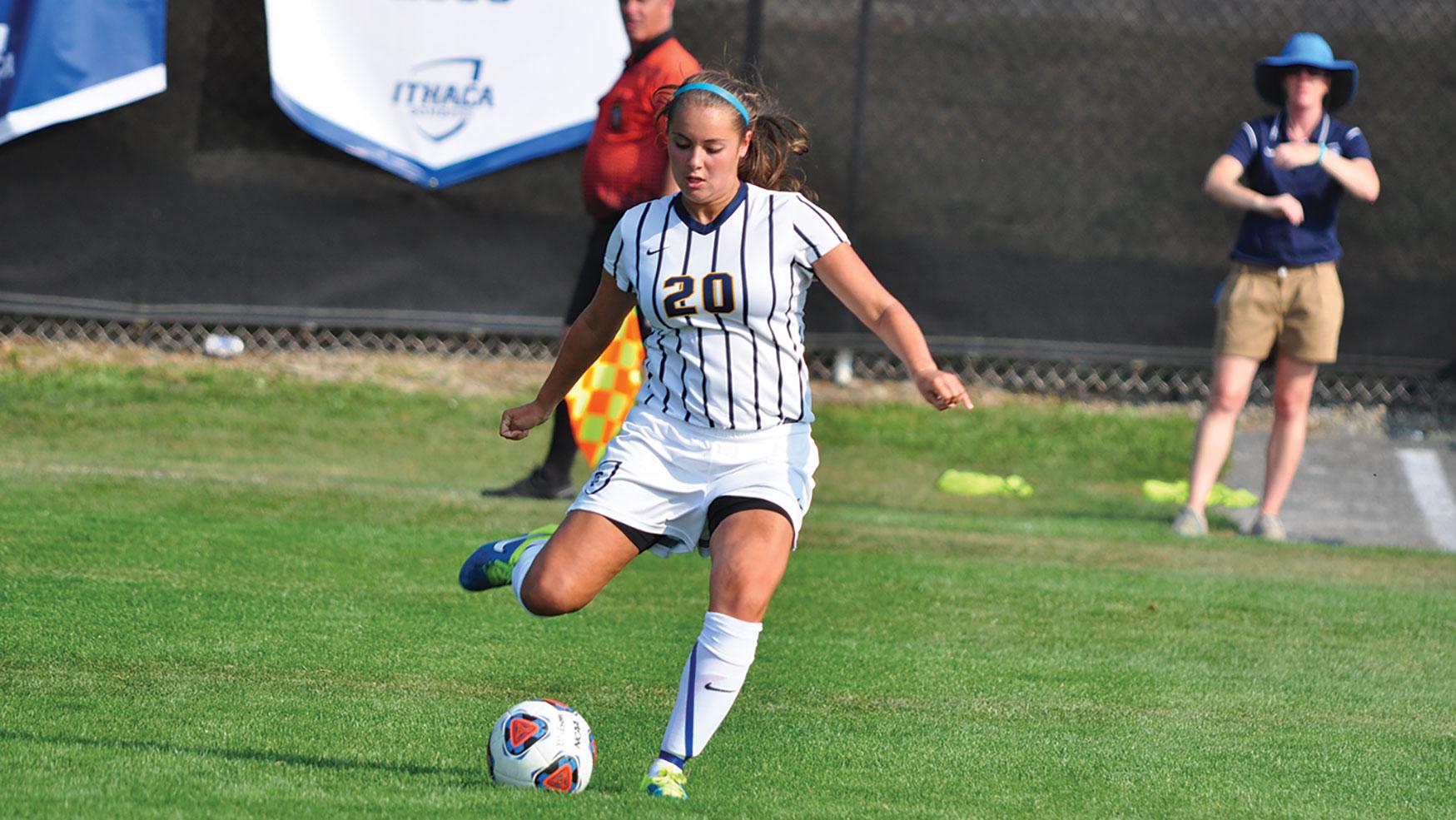 Last season, the Bombers finished with an overall record of 13–5–2 and earned an at-large bid into the NCAA Division III Women’s Soccer Championship tournament for the 26th time in program history. After an unlucky start, the Bombers were unable to advance past the first round, which was against the Catholic University of America Cardinals.

The game ended in a 1–0 win for the Cardinals, knocking the Bombers out of the tournament and ending their season too quickly, head coach Mindy Quigg said.

“I think that we had more potential than losing in the first round of nationals last year,” she said. “We all left the season feeling disappointed, and I’m excited to see how we will come back from that.”

The Bombers were able to go 6–0–2 in Empire 8 play, recording their only two ties of the season against the Nazareth College Golden Flyers and the Stevens Institute of Technology Ducks.

The team will enter the 2016 season ranked 23rd out of 25 teams by the National Soccer Coaches Association of America’s (NSCAA) Division III women’s soccer preseason ranking. This is a two-spot jump from last year’s preseason poll, in which it was ranked 25th.

The squad lost only three seniors to graduation, but all three were key contributors and starters on the team. Beth Coppolecchia ’16 started in net for the Bombers for three years straight. However, Quigg said she is confident that the back line will be able to work well with whoever is placed between the pipes for the Bombers.

“Beth was our top goalkeeper, and it is really hard to replace that,” she said. “We will be very young in goal, but the good news is that we have a good back four returning. I think they will be able to bond really well with whoever is in goal.”

In addition to Coppolecchia, the team will be missing forwards Kelsey King ’16 and Sarah Woychick ’16. Both started all 20 games for the Bombers last season, and King earned NSCAA First-Team All-American, All-Region and Empire 8 All-Conference honors. Quigg said the Bombers’ game will be different without King on the field.

“Kelsey was a big leader for us both on and off the field,” Quigg said. “Everyone looked to her to run the show. It will be interesting to see what our new voice is without her there.”

Although there will be some holes on the field, the team will have six returners who were named to the Empire 8 All-Conference team after last season’s finish. Additionally, two returners, seniors Holly Niemiec and Aimee Chimera, were named to the All–Eastern College Athletics Conference team. Quigg said both Niemiec and Chimera, as well as many other returning seniors, will take on large leadership roles in their respective spots on the pitch.

“I think that this year’s seniors is a diverse group that has a lot of different talents in different areas, and they work together nicely,” she said. “I really think Aimee is a leader for us, and as a senior center back, she will have a big role.”

Niemiec, a forward-midfielder, said she is looking forward to ending her senior season strongly and getting some revenge by winning against opponents who beat them last season.

“I think a lot of us would like to have a rematch against Stevens after the Empire 8 final last year,” said Niemiec. “But no matter who we’re playing, we need that winning mentality to put us in a strong position going into postseason.”

For Chimera, the honors did not stop there. In addition to the All-Conference recognition, she was also named to the All-Region Third-Team by the NSCAA. Quigg said Chimera will be an important asset and leader for the Bombers’ back line.

Quigg also said a large and talented group of incoming freshmen will fit in with the squad nicely.

“We have some good personalities and good speed and talent, and I am really looking forward to see how they are going to mesh with the other players,” Quigg said.

Sophomore midfielder Shoshana Bedrosian saw time in six games during her freshman campaign, in which she recorded one assist. She said she is looking forward to taking on more responsibility as she enters her second season as a Bomber.

“I want to work really hard with every single person this year,” she said. “I want to fight every single game with power and strength. We have some really great friendships on the team, and I think that they make us very powerful.”

The Blue and Gold will begin their 2016 season at 2:30 p.m. Sept. 3 at the Michelle Vargas-Robin Memorial Tournament in New Paltz, where they will take on the Sage Colleges.

Their first home game will be at 4 p.m. Sept. 7 on Carp Wood Field against Oneonta.