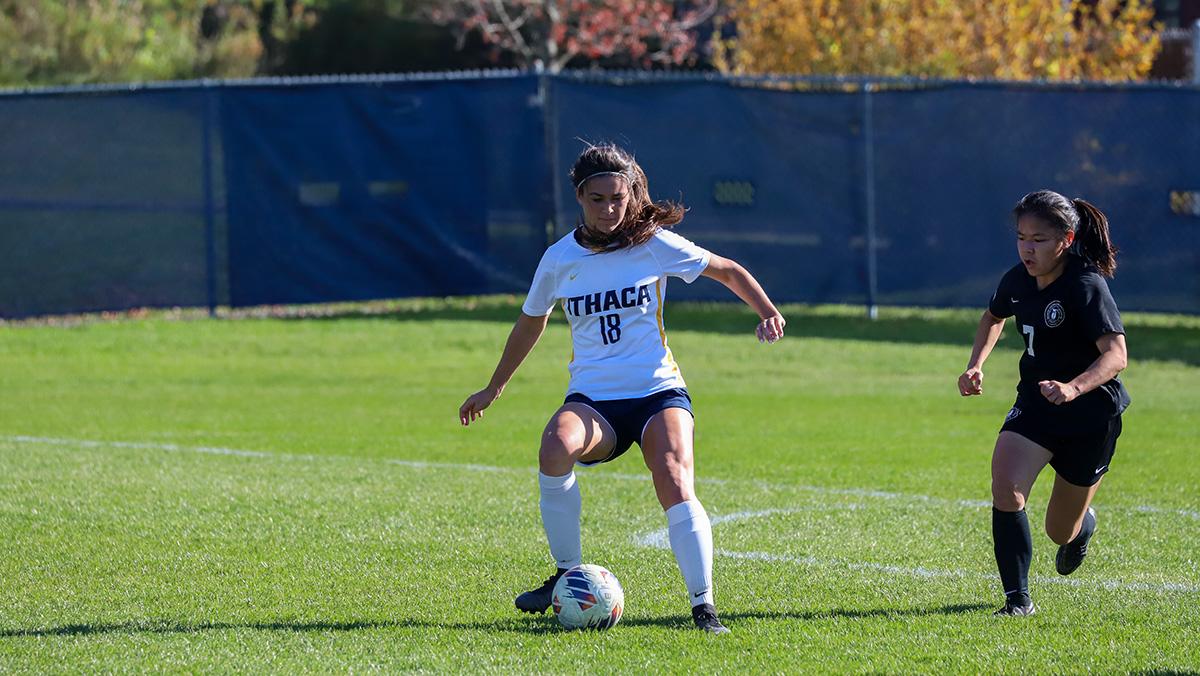 Neither team got much going in the first half, with the Enginners outshooting the Bombers 2–1. The windy conditions kept the Bombers from playing the long balls in the attack.

The Engineers had the best chance of the first half as an errant pass back in the defense sent first-year student forward Sarah Sedlacek of RPI in on goal in the 28th minute. Senior Bomber defender Jessica Bredin tracked down Sedlacek and made a great sliding challenge in the box to stop a clear chance on goal.

The Bombers opened the second half with urgency, earning three corners in the first five minutes. Junior forward Ally Stanton won a header off a corner in the 48th minute, but the shot was stopped by a great save by Engineers junior goalkeeper Megan Wampner.

The Bombers’ graduate student midfielder Megan Buttinger provided another great opportunity in the 55th minute. Buttinger dribbled through three defenders, making her way into the box before unleashing a shot just wide of the goal.

Senior forward Delaney Rutan got the big breakthrough for the Bombers in the 61st minute, making it 1–0. Buttinger sent a long ball from her own half, splitting two defenders to find Rutan in stride. Rutan took a touch before hammering the shot into the back of the net from 18 yards out.

The Bombers had several good chances to double the lead, but Wampner came up again to make several late saves and keep the Engineers in the game.

The Bombers controlled the second half of the game after a back-and-forth first half. Head coach Mindy Quigg said the message at half was to stretch the game from the midfield.

“We felt like we were holding the ball too much in the middle,” Quigg said. “If we can take one player in the middle and release it, we can get our numbers wide to get in behind and that’s exactly how we scored.”

Despite the close margin, Quigg was confident in the team defensively to make sure one goal would make the difference. This was the Bombers’ eighth clean sheet on the season and the fifth in the last six games.