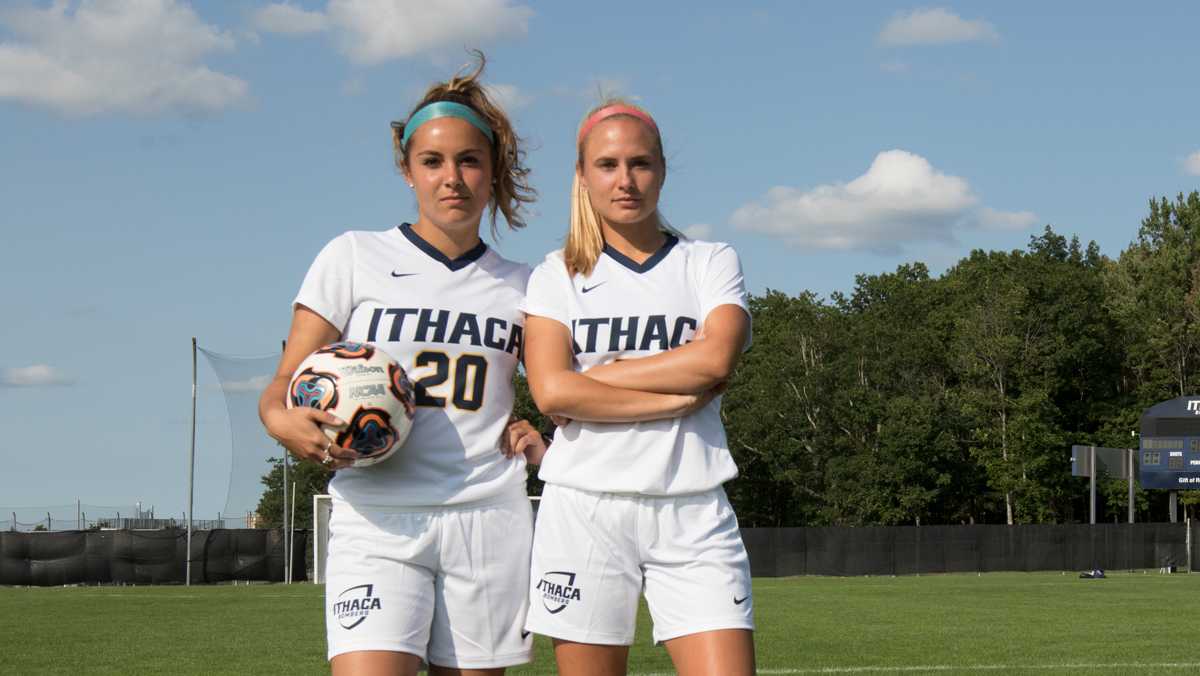 The Ithaca College women’s soccer team had a successful 2016 season, finishing with an 11–5–2 record and making it to the Empire 8 Championships. The team ended up falling short, losing to Stevens Institute of Technology 3–2 in overtime.

With the move to the Liberty League and the loss of 10 seniors, the Bombers are looking to take the season one game at a time and maintain a positive mindset.

Senior defender Caroline Matos is looking forward to joining the Liberty League this season, saying she believes it will present a new challenge and level of competition.

“I think the biggest impact that moving to the Liberty League this upcoming season has on us is excitement,” Matos said. “We are excited to take on new challenges and really test ourselves. We thrive off of competition, and I think that is exactly what the Liberty League will allow us to do.”

There are some impact players from last year that will be returning for the 2017 season. Returning to the team are integral upperclassmen such as junior goalkeeper Stacey DiGiorgio and junior midfielder Shoshana Bedrosian. DiGiorgio started 17 of 18 games last season and posted 83 saves, while Bedrosian scored six goals to lead the underclassmen in total offensive points on the season.

The team also has four rising seniors who are looking to have substantial impacts this season. Senior defender Kendall Cirella and Matos have played significant roles on the team since their freshmen seasons, as they are key members of a consistently strong back four for the Bombers. The two started all 18 games last year and helped the team post nine shutouts.

“They are both exceptional leaders and soccer players, and we are looking to them to set a tone for the year,” head coach Mindy Quigg said. “That being said, every player on our team has a significant role, so expectations are high for all.”

Quigg said her goal for the season is to help the new players understand the culture of the soccer program and to focus on putting the team first in everything they do.

“I attribute a great deal of our program’s success to working hard, being honest with one another, always putting the betterment of the team first and trusting one another and our process,” Quigg said. “I believe that if those things are in place, great experiences will happen.”

As far as teams that look to give the Bombers a challenge, Cirella said every game matters, but there are some that stick out to her as more important.

“I would say William Smith is always going to be one of our rivals since they are always a top–ranked team and are well-coached,” she said. “Also, I would say every home game is important because we take a lot of pride in defending our home field.”

With the mentality that Quigg has instilled in them, the Bombers have high hopes for what they can accomplish this season.

“This year, I would say our goals are to take one game at a time and control what we can control,” Cirella said. “Ultimately, we would want to be undefeated at home, win the conference tournament and go to the NCAAs, and then anything can happen.”