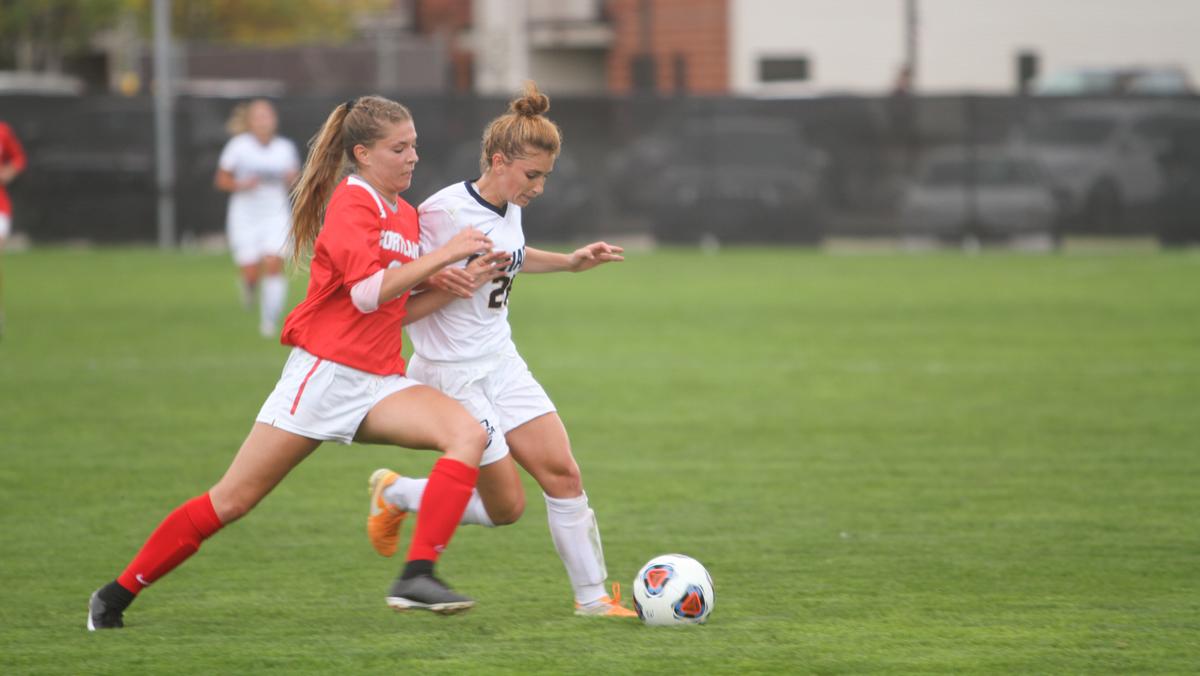 The Ithaca College women’s soccer team was defeated 1–0 to rival SUNY Cortland for their fifth game of the season on Sept. 13.

The Blue and Gold had the most shots on goal in the first half, yet neither team was able to score before the sound of the first horn.

The second half started out much the same way as the first with a physical battle between the two defenses. Junior midfielder and goalie Sam Robinson had one of the best chances to score for the Bombers all game. With 28 minutes left, Robinson set up a header that bounded just off the right goalpost.

“As a team we weren’t following shots and finishing our chances,” Robinson said. “Not even just that shot but every shot anyone took we weren’t really crashing the net afterwards.”

With four minutes remaining in the game and the score still tied at zero, the Red Dragons scored. Cortland’s junior forward Amanda Profera broke away on the far sideline and sank into the top right corner of the net what ended up being the game winning goal past junior goalie Stacey Digiorgio.

Faced with a 1–4 record and a three game losing streak, head coach Mindy Quigg was very matter of fact about her team’s performance.

The Bombers will look to get back on track in their next game when they face the Wells College Express at noon Sept. 16 at Carp Wood Field.