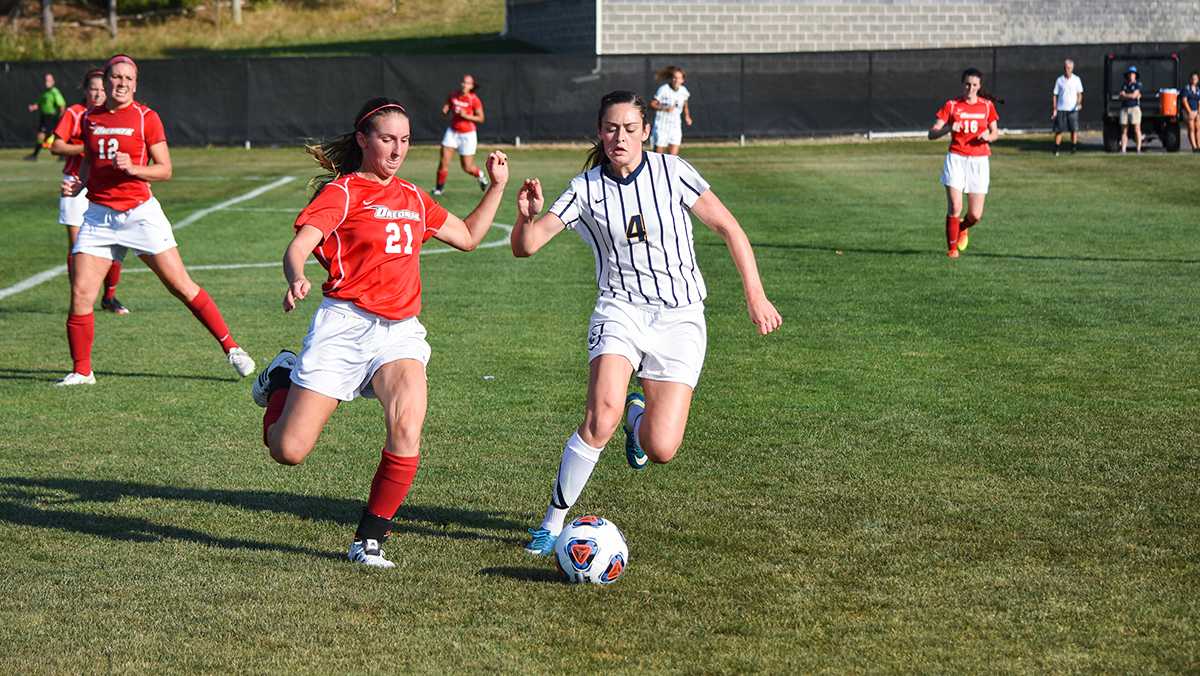 The Bombers got off to a slow start, only taking four shots in the first half. The team was also only able to earn two corner kicks, and gave up four to the Red Dragons. They reached halftime with a 0–0 tie.

Led by senior Jocelyn Ravesi, the team took control in the second half. In the 56th minute, Ravesi scored what would be the game-winning goal off an assist by teammate Megan Nash. This goal marks Ravesi’s third goal in the past two games as well as Nash’s second assist in three games.

Ravesi said she couldn’t take all the credit, as Nash gave her an excellent pass.

“It felt amazing,” Ravesi said. “Without that through ball from Nash, it couldn’t have happened.”

The Bombers continued to control the pace for the rest of the game, putting up fourteen shots in the second half — including one goal — and holding Oneonta to just six. The Red Dragons put the pressure on, but the Bomber’s defense kept them at bay.

Sophomore goalkeeper Stacey DiGiorgio made a few key saves, including a diving save on Oneonta’s last shot to preserve her shutout. DiGiorgio finished the game with six saves.

Nash said her last home opener was emotional and a great win against an out-of-conference team.

“It’s definitely emotional,” Nash said. “It’s actually awesome to get a win against an out-of-league team. It’s going to do well for us later on in the season.”

“It’s always a great time playing on this field, especially with these girls,” Ravesi said. “They’re my family away from home.”

Head coach Mindy Quigg said this win is only one step in improving as a team.

The Bombers will play their next game against Farmingdale State College at 1 p.m. Sept. 11 at Carp Wood Field.