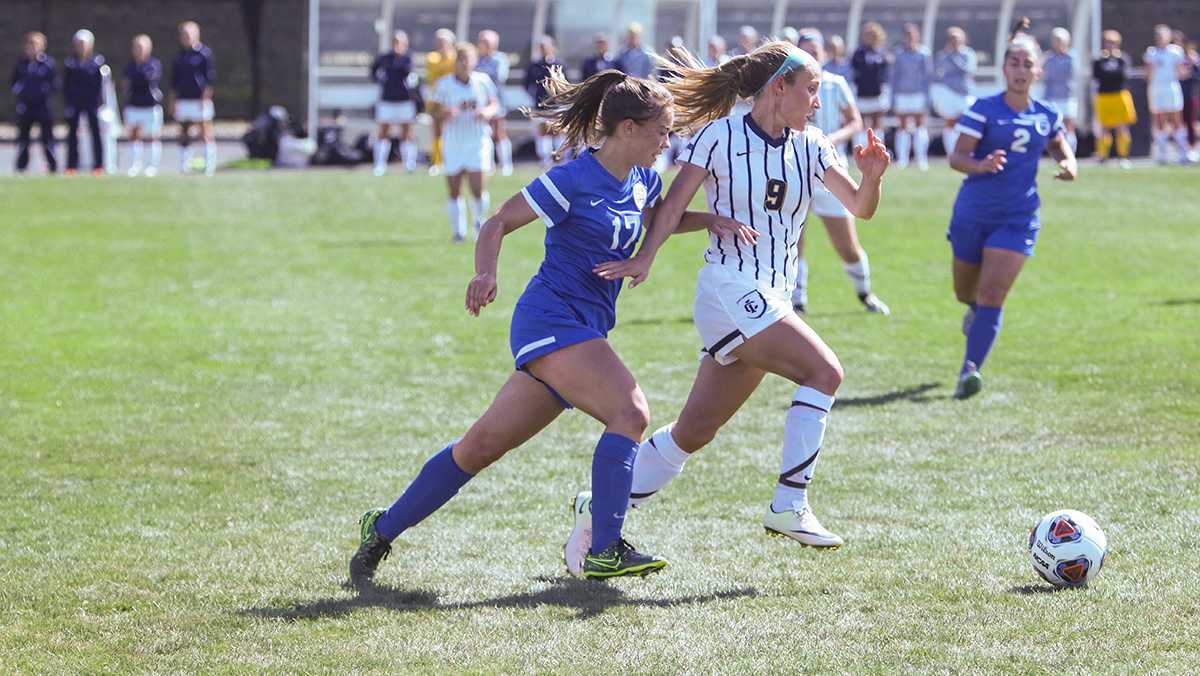 The Ithaca College women’s soccer team tied the Hartwick College Hawks 2–2 in a double overtime thriller Sept. 24. This marks the second straight tie for the team, bringing its record to 4–1–2.

The first half was tightly contested and no goals were scored. The Bombers had 11 shots on goal, while limiting the Hawks to just six. The Bombers also earned themselves one corner kick opportunity in the first half, but could not capitalize.

Scoring broke open in the second half, when Hartwick netted a shot in the 58th minute off of a corner kick. Hartwick was able to score again just three minutes later off of a shot that went just over the head of sophomore goalkeeper Stacey DiGiorgio.

The Bombers were able to strike back in the 68th minute, when sophomore midfielder Shoshana Bedrosian scored off her own rebound to start the comeback. Senior midfielder Taylor Baranowsky scored the equalizer in the 71st minute, off an assist by senior forward and midfielder Jess Demczar to send the game into overtime.

Neither the team was able to score in overtime. The Bombers had four shots and earned three corner kicks in overtime, while holding the Hawks to two shots and no corners.

Senior forward Jocelyn Ravesi said it was a team effort to get back in the game.

“In the end, we want to win,” Ravesi said. “To do that, we all have to have a positive mindset. We talked through what we needed to talk through and just kept playing.”

“I just feel like it’s time to step up,” Quigg said. “We let our foot off the gas in the final third, so we just have to be hungrier.”

Despite her disappointment, Quigg also said she was proud of her team’s resilience.

“It would have been easy for a team down two to nothing to fold and just give up, but we didn’t do that,” Quigg said. “We came right back, got them on their heels, and I felt like we could’ve won the game.”

The Bombers will play Utica College at 4 p.m. Sept. 28 in Utica, New York. The Pioneers are currently 0–7.