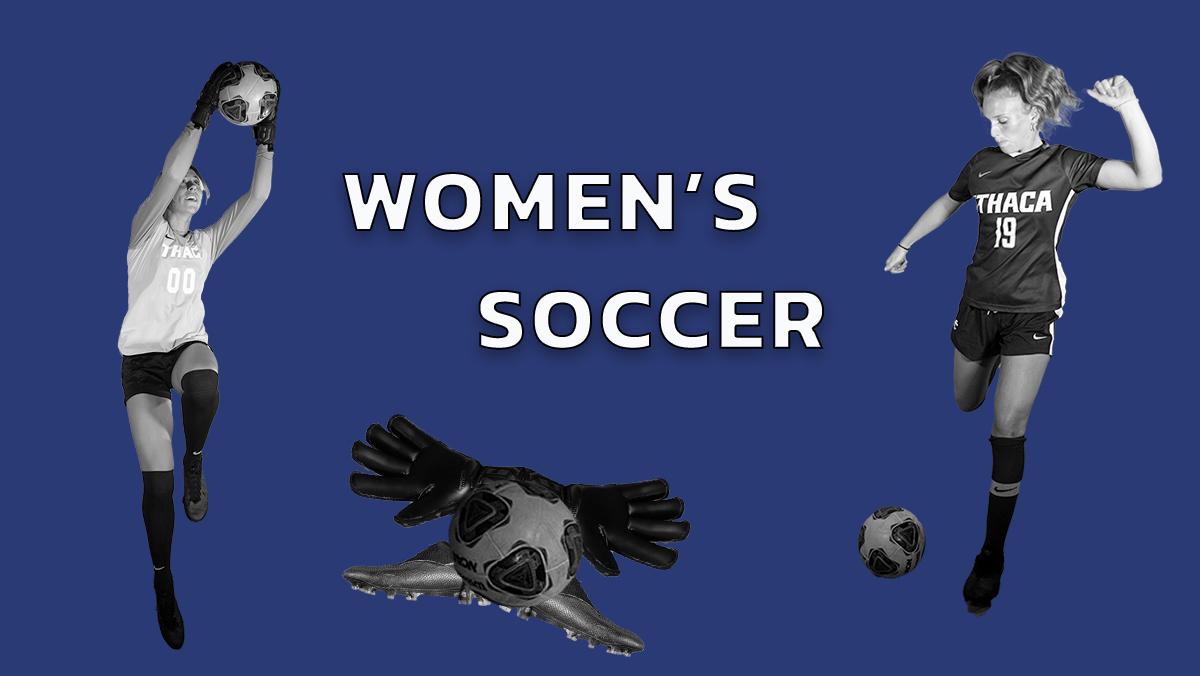 Following a 3–0 defeat to Stevens Institute of Technology in Hoboken, New Jersey, in the first round of the NCAA Division III Tournament, a disappointing end to an otherwise stellar season for the Ithaca College women’s soccer team, the program now prepares for the new challenges of the 2022 season.

After going 13–3 — with a record of 7–2 in conference play — during the regular season, the Bombers fell just short in the Liberty League Championships, a 3–2 overtime loss to William Smith College on Nov. 7, before losing in the first round of the NCAA Championship on Nov. 13.

Despite the way the season ended, junior goalkeeper Claire Reader said she is excited to use last year’s shortcomings as motivation for the upcoming season.

“The loss in last year’s Liberty League Championship … was pretty heartbreaking for our team and our program,” Reader said. “We got a taste of what it was like to play in the championship game and have a tough match.”

Senior defender Rachel Richards said she knows that every game on the schedule is important, but she said the team is definitely anticipating the rematch against William Smith, especially considering how close the game was.

“My first day back, our coach said, ‘What does 107 seconds mean to you?’ That’s when William Smith scored and tied the game up,” Richards said. “William Smith is the big one.”

While the Bombers will look to build upon last season, they will do it with 15 first-years on the roster, six more than last season. Head coach Mindy Quigg, now entering her 29th year at Ithaca College, acknowledged the process of getting the new players acquainted with the returning players.

“The chemistry piece will be an important part of it. They’ve started forming relationships already, which is fantastic. It won’t be like their first time meeting them. They understand how important that chemistry is.”

For players like Reader, the challenge of getting acclimated with the first-years is one she is happy to embrace.

“It’s definitely just going to take time to mesh as a group and figure it out. But I’m not worried about it,” Reader said. “I think this is all part of being on a college sports team, like, the program changes.”

That is why a personal goal Reader set for herself this season is to step up as a leader. Mentioning losing leaders from last season, she knows it is essential for her to take the next step as a leader for this team.

“I can’t really sit back and be quiet anymore and just play soccer,” Reader said. “I actually have to extend myself out of my comfort zone and be a leader on our team.”

Richards also echoed the same sentiment as Reader, acknowledging that entering her final season and stepping into a leadership role is key.

“I think I started to do that last year but was really in my own head as I was dealing with some injuries,” Richards said. “I wanna show people that you have to put your teammates first.”

Even with the challenges of getting first-years ready for the season, Quigg said she acknowledges the advantage of having such a new group of athletes to bring to the table. She said that with a big group of new athletes, she will need an adjustment period to know how this current version of the program will play and give the team more depth to start the season.

“Last year I felt like we had to ride a few people pretty hard,” Quigg said. “It’s gonna be more competitive than it has been in a long time.”

As the team sets goals for the season, Quigg said she has broken her own goals down into segments. Her preseason goals consist of gaining confidence and staying healthy. For the regular season, she wants to finish top two in the Liberty League.

“If we put ourselves in that position, we’re set up well regionally,” Quigg said.

Some players, like Richards, have additional motivation as well because this is their final season. She said this season represents her one last chance to make a run at the ultimate goal every player has: winning a championship.

“I’ve been looking forward to being a senior since I stepped on the field as a first-year,” Richards said. “This is my last chance to play, so why not ball out? We have a minimum of 25 possible games, so why not enjoy every second of them?”

The Bombers will open the season with four consecutive road games, the first being at 4 p.m. Sept. 1 against Elmira College. Their first home game will be Sept. 14 against SUNY Cortland at Carp Wood Field.