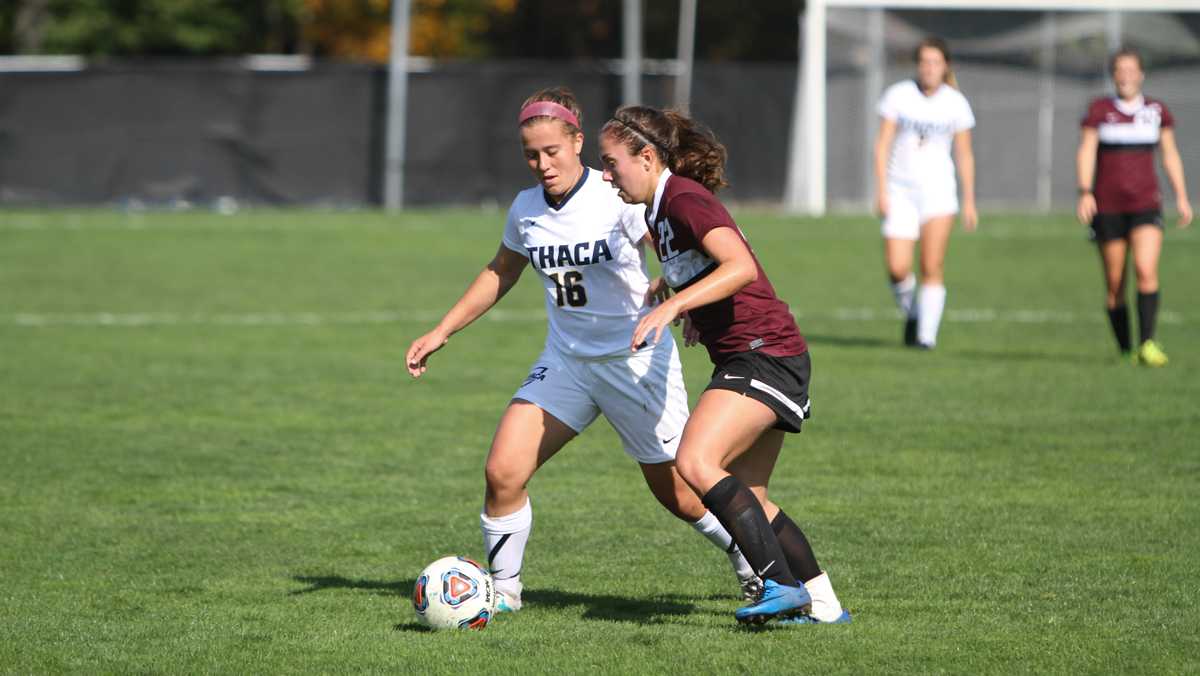 The Ithaca College women’s soccer team is on a two-game winning streak after defeating Union College by a score of 3–1 on Oct. 14.

The first half was fast–paced and physical, with the Bombers spending a lot of time on Union’s side of the field. In the 28th minute of the game, senior back Shannon McMillan was the first to light up the scoreboard. The goal came on a header to the left corner of the net, assisted by fellow senior back Caroline Matos. It would stand as the lone score of the first half which would put the Bombers up 1–0.

The second half remained physical. In total, the Blue and Gold would pick up nine fouls for the game, while Union racked up eight of their own.

In the 61st minute, junior midfielder Shoshana Bedrosian padded the lead, putting in a score off an assist from junior forward Sarah Pirnie. The midfielder continued to show up on the stat sheet as she assisted freshman midfielder and forward Alex Epifani’s breakaway goal just minutes later.

When asked about her performance, Bedrosian was quick to deflect attention back to her teammates.

“We came off of a win yesterday and we wanted to build off that, and I think that’s the most important thing,” Bedrosian said. “Just building off one another and working on the little things we’ve wanted to do in practice, and that’s what we did today.”

With 25:32 remaining in the game, Union avoided the shutout on a goal by freshman forward Amanda Ashmen, putting the final score at 3–1. Bedrosian spoke more about how the Bombers were able to shut down their opponent.

“We are really good at taking it down the flank and we’re good at getting into the box on those, or just taking people on 1v1,” Bedrosian said. “We usually have the same mentality going into every game.”

After the victory, head coach Mindy Quigg pointed out the quality play of her midfielders as a difference maker.

“The midfield had a really good game today,” Quigg said. “We felt like if we controlled the midfield, we would create some really good opportunities and we would minimize what their strengths were.”

On a two-game win streak with three games left in the regular season, the value of her team’s momentum is not lost on Coach Quigg.

With this win, the Blue and Gold were able to move up two spots in the Liberty League to 7th, overtaking both Union and Skidmore.

The Bombers look to ride that momentum into their next game against Rensselear Polytechnic Institute at 1 p.m. Oct. 21 in Troy, New York.