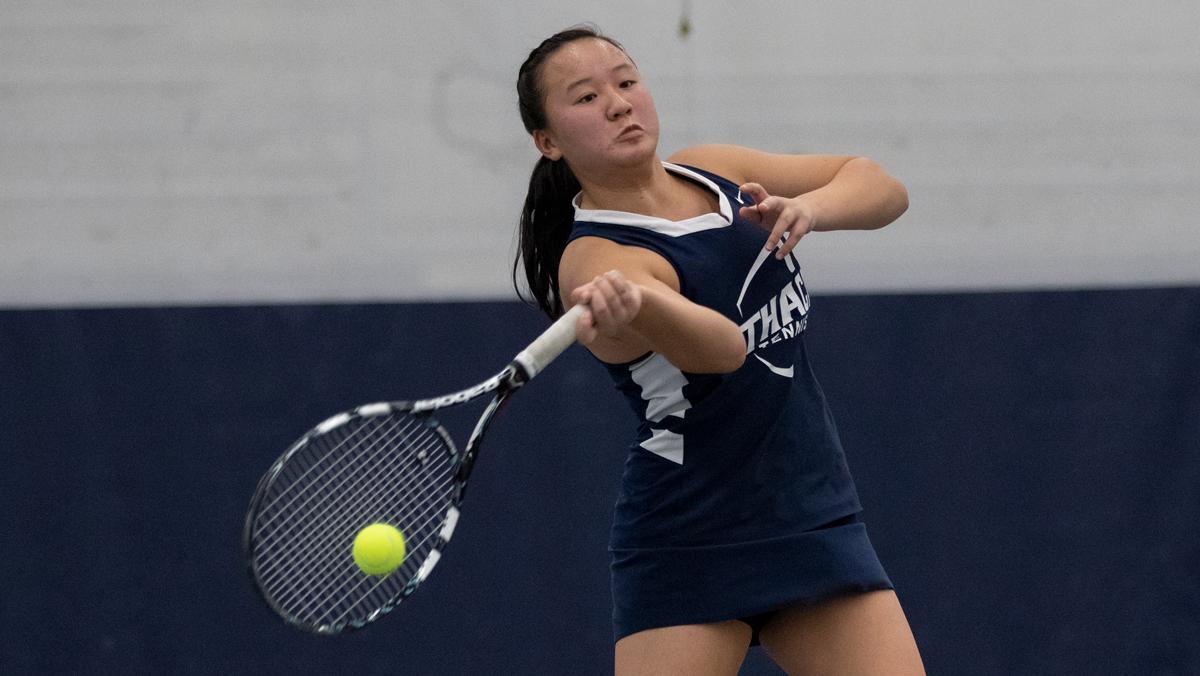 In its third home match of the year, the women’s tennis team lost 6–3 to the Rochester Institute of Technology Tigers April 5 in Glazer Arena.

The Blue and Gold had a rough start after losing all three doubles matches. Sophomore Parley Hannan and freshman Sara Steinberg had the closest doubles match of the day with a score of 8–5. Senior Taylor Ginestro and sophomore Brianna Ruback finished 8–4 and juniors Caroline Dunn and Kathryn Shaffer had a score of 8–3.

The Bombers fought hard in the singles matches to pull off three wins. The first win of the day for the South Hill squad came from Dunn after she defeated RIT freshman Claire Casalnova 6–1, 6–2.

“In singles I knew that we had to win like five singles to win the match so I really stepped up my game and tried to perform as well as I could,” Dunn said. “I was really focused and motivated to win so we could win the match as a team.”

“I was just trying to focus on being as consistent as I could and keep moving my feet,” Ruback said. “We had a lot of close points so I was really focusing on hitting one more ball every point.”

After playing a close first set, Ginestro lost the second and third sets to be the fourth player to finish their singles match. Ginestro was defeated by the Tigers freshman Kristen Zablonski 7–6 (7–0), 6–2.

“I thought I was playing really well,” Steinberg said. “Every ball seemed to make it in the court and find it’s spot. Mentally, it was tougher than the actual skill because when I was down, I had to keep telling myself that, ‘I can do it,’ and that I wouldn’t let her fight back for both of the sets.”

Hannan played a close back and forth singles match, losing to Tigers freshman Julia Smolowitz 6–4, 6–2.

Ruback said the match was a challenge for the Blue and Gold.

“RIT is solid, but it looked like everyone was playing very competitive points and everyone stayed in there,” she said.

The Blue and Gold is back in action for a non-conference match against The College of New Jersey at 11:45 a.m. April 7 at the Mercer County Tennis Complex in West Windsor Township, New Jersey.