Women’s track and field aims for a national championship 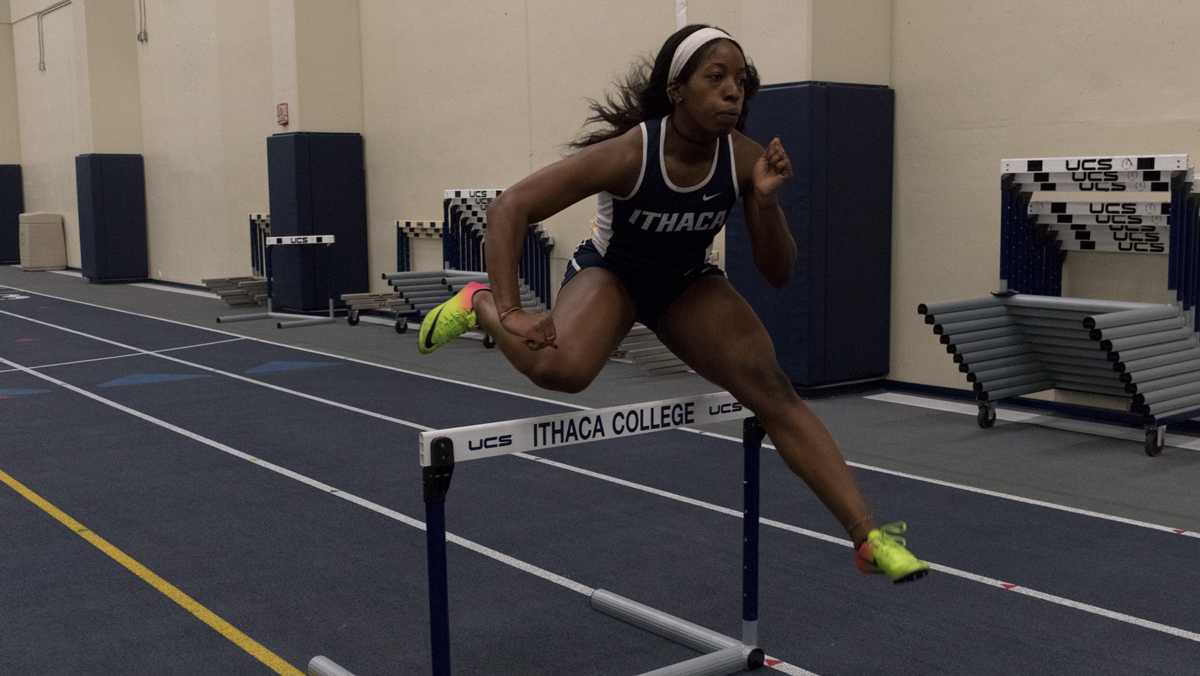 Last season, the Ithaca College outdoor women’s track and field team finished in second place in the National Division III Championships. The Bombers are looking to continue their recent dominance with another top finish this year.

Senior Amber Edwards, who was an All-American last outdoor season, said the team’s goal is to go to nationals.

“We are looking to keep our momentum going into spring,” Edwards said. “We just have to stay focused and make sure everyone is in the right mindset.”

The team lost 11 seniors last year including Brandy Smith, who was an All-American in both shot put and weight throw.

Taryn Cordani, senior All-American distance runner who was the national champion in the 10,000-meter race last spring and finished third in the 5,000-meter, returns for the Blue and Gold. Along with Cordani, the South Hill squad has graduate student pole vaulter Katherine Pitman, who won the national championship in the pole vault the past two seasons.

The indoor women’s team is currently ranked No. 3 in all of Division III. The team finished first in the Liberty League Conference Championships and are looking to finish in first place at nationals.

Edwards said one of the team’s biggest keys to success is the high level of skill in all the athletes.

“We have a lot of depth in our events,” Edwards said. “We are really strong all over the place, whether that be long distance, sprinting, shot put or hurdles. We feel as if we have the best competitors at every single event. We have to make sure to carry that mindset into the meets with us this spring.”

With a second place finish last year, the track and field team is expected to be one of the best teams in Division III. Senior multi–jumper Kassandra Reagan said the pressure of finishing at the top does not affect the team.

“Our team is confident in their abilities, and we have a really good outlook towards competing,” Reagan said. “We really avoid a lot of the noise surrounding our team.”

Reagan said that the chemistry on the team is very strong, which will help the team this season.

“Our team is really one strong unit,” Reagan said. “The upperclassmen have worked really hard to allow the freshman to feel included and a part of the team.”

Jennifer Potter, head coach of the women’s track and field team, will be leading the Blue and Gold for her 15th season. Potter said one of the biggest challenges going into this season is the potential for injuries.

“Injuries are always something that can pop up at any time,” Potter said. “We just need to stay healthy and take everything seriously to avoid those injuries.”

Injuries are not the only obstacle in the way for the team. Edwards said the weather is always a concern heading into the season because of how the climate can affect the team’s performance.

“The weather is something you can’t control, so if it is a bad day outside, it can throw some of the girls off their game,” Edwards said. “It can affect people mentally, and we have to stay focused to avoid that.”

The first meet of the spring will be at 10 a.m. March 31 at the Susquehanna Invitational in Selinsgrove, Pennsylvania.

Edwards said that overall the team has a good chance to perform as well as they did last season.

“There is pressure to perform well since we finished second last season, but we can fulfill them,” Edwards said. “We have great chemistry this year and are in really good shape for this upcoming season.”