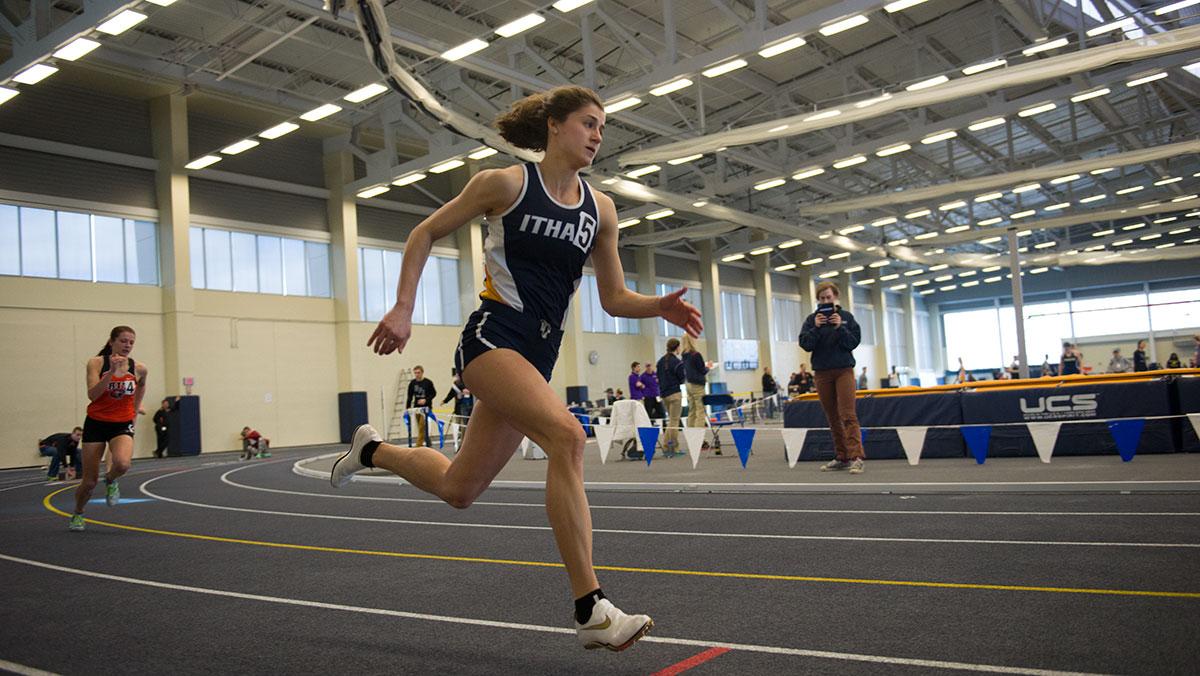 The women’s track and field team enters its outdoor season looking to build on the momentum it established during the indoor season, during which the women took home the Empire 8 Championship and had three individuals set four new school records.

Sophomore Sierra Grazia, who won the 800-meter at the Empire 8 Championship on Feb. 13, said the team is ready to make the transition into the outdoor season.

“We’ve done really well this season, and I think that gives us a lot of confidence going into outdoor season,” Grazia said. “It will really help us build and support each other. The positivity will just help us in outdoor.”

Sophomore distance runner Taryn Cordani said the indoor and outdoor seasons blend together, making it easier to continue their success.

“We’re kind of lucky we kind of go right into it,” Cordani said. “We don’t really have a break in between, so our momentum from being excited about postseason in the winter can carry us through to the spring. It is kind of looked at as one continuous season.”

The team is practicing indoors until the weather warms up, but the throwers and other field events will go outside before the rest of the team. Cordani said most of the team prepares for the outdoor season by continuing to do what they are doing now.

“I know personally I kind of just look at indoor as the same as outdoor because things don’t really change too much for me,” Cordani said.

Senior pole vaulter and captain Alex Rechen said the team’s main goal this season is to qualify a record number of people to the NCAA National Championships, having sent eight individuals last year. Rechen qualified in the pole vault and tied for sixth.

“Last year, we took eight people to nationals, which is the most people we’ve ever taken,” Rechen said. “We’d like to take more this year, and I think we can do it.”

“We always have a lot of schools like Stevens that really challenge us,” Grazia said.

On the distance end of the team, Cordani shattered a record that stood for nearly 24 years this past indoor season. She ran a time of 9:54.31 in the 3,000-meter run Jan. 29 at the John Thomas Terrier Classic in Boston, Massachusetts, her home state.

Sophomore Denise Ibarra placed third in the 5,000-meter run at the Empire 8 Championship meet with a time of 18:15.31. The outdoor season has a 10,000-meter event, giving distance runners like Ibarra more opportunities to shine.

Meanwhile on the sprinting side, sophomore sprinter Amber Edwards is looking to build on her indoor season, where she won the 60-meter hurdles in 9.18 seconds. Freshman Gianna Folz was right behind her with 9.56 seconds and is expected to have a good outdoor season as well.

Senior captain Eliza Dewart is coming off a great indoor season. She was named Track Athlete of the Meet on Feb. 13 at the Empire 8 Championship and also took first place in the 200- and 400-meter dashes.

Cordani said the team is ready to see how it will end its year and looks forward to the change of scenery.

“Everyone will be excited to see how we end this year,” Cordani said. “Being able to run outside is always more fun.”