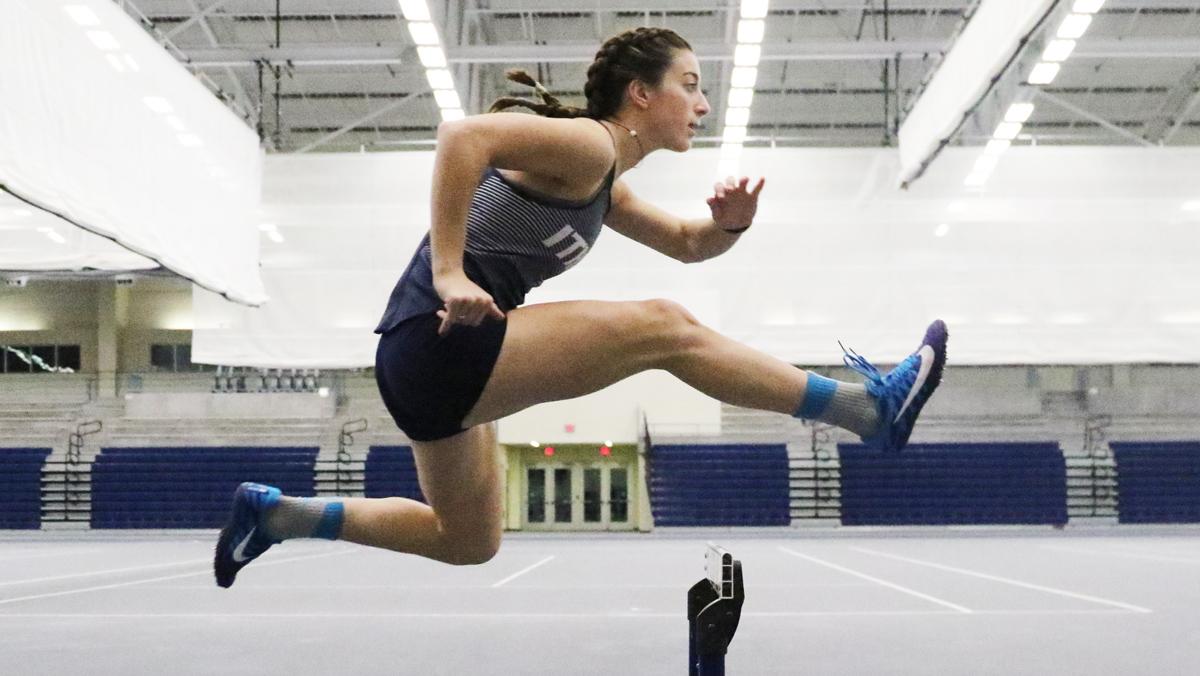 The Ithaca College women’s indoor track and field team completed last indoor season on a high note, and the squad aims to increase its presence at the NCAA Division III championships this year.

“When we started at our first team meeting in August, we talked about working toward thinking like we were going to win a national championship,” Potter said. “Whether we will or not, we’re going to work like it, train like it, act like it, think like it and live like it.”

Senior captain Estelle Yedynak said she is confident that the Bombers will be able to continue their history of success even without the graduated seniors.

“I think carrying on similar goals but also making new ones, setting those goals and getting after them keeps that team dynamic — even when people leave, just living on their legacy,” Yedynak said.

During their preseason, the Bombers have incorporated a combination of training, cross-training and team bonding in their preparation.

“They have been lifting three days a week with our strength and conditioning coach,” Potter said. “Prior to that, they’ve been doing yoga on Tuesdays with our yoga instructor. On Thursdays, they’ve been doing a variety of things from playing games, doing line dances to workouts.”

Bruce said it is important for the team to bond even though the athletes mostly compete individually.

“Since the beginning of school, we meet each day, and we do practice,” said Bruce. “Some days we do yoga, some days we do team bonding activities. … We do a lot of team movie nights. We all get to bond in this fall semester.”

Rudge was a standout for the Bombers last year. Rudge made USTFCCCA Indoor All-Region for the mile and the 800–meter run, and she was also the Liberty League Indoor Champion for the same events.

Bruce said an advantage for the Bombers is the competitive meets they attend.

“We go to Staten Island and compete at Ocean Breeze, which is a really big meet every year,” Bruce said. “Last year we got to compete against Division I schools, which was great, and I’m always looking forward to the nationals meet. That’ll be good every year so you gotta work really hard to get back there.”

The South Hill squad starts off the season with its first meet at 10 a.m. Dec. 7 in Ithaca at Cornell University’s Barton Hall.