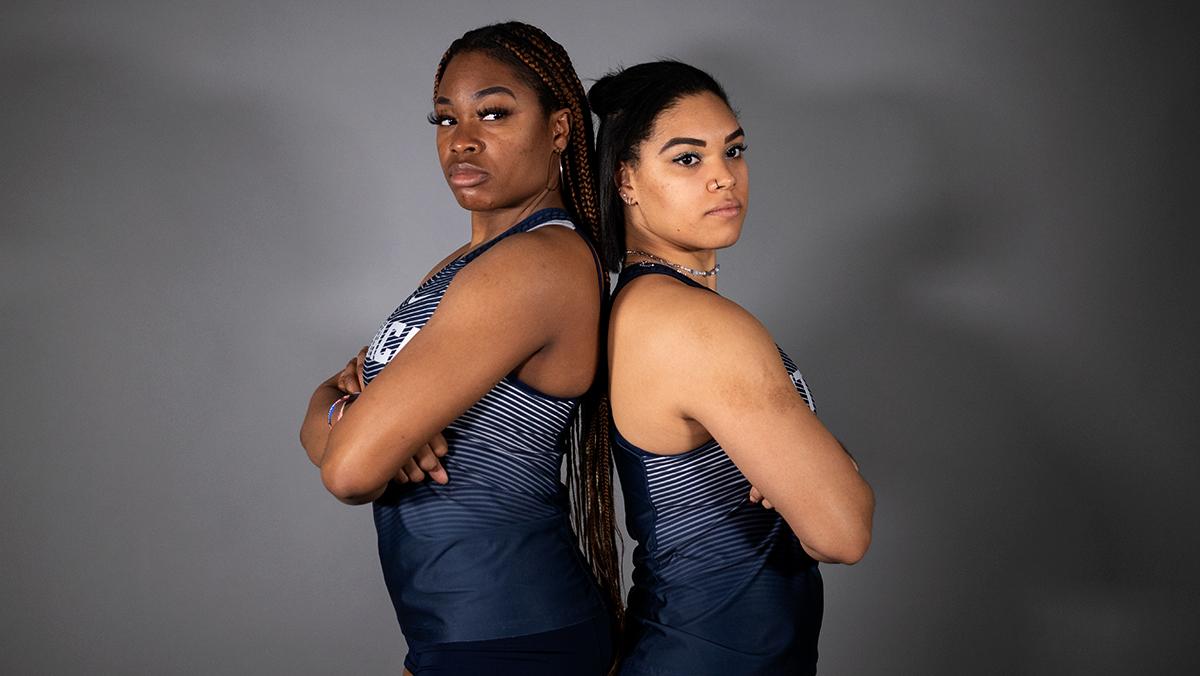 Following a fourth-place finish at last year’s NCAA outdoor championships, the Ithaca College women’s track and field team is looking to come back even stronger, eager to return to the national championships.

The team, led by seniors Meghan Matheny, Katelyn Hutchison and Logan Bruce, and junior Rachel Rose, is also looking for success at the outdoor Liberty League championships, aiming to win the league championships for the fourth time in a row.

Head coach Jennifer Potter said she is looking forward to returning to the outdoor field once again.

“Just having a season and the ability to travel and compete and have a national championship is just the goal in and of itself lately,” Potter said. “I think our mindset has changed a little bit since COVID has happened. Obviously, we always want to be competitive at the national level. That’s our goal.”

The team is currently participating in the indoor season, with the indoor Liberty League championships held at home that wrapped up Feb. 26. The team has made its return to indoor track and field after the two previous seasons were canceled because of the COVID-19 pandemic.

Potter said she has high expectations for the team, which consists of 26 freshmen and sophomore athletes.

“We have recruited a strong freshman class,” Potter said. “We have a pretty young squad and in some areas I think they’ve adapted to collegiate Track and Field pretty well.”

Potter said junior sprinter Tia Jones, who was injured after a stellar freshman season, is an athlete to look out for. Jones did not have the opportunity to compete in the outdoor season last year because of the injury, and is looking to debut on the outdoor track this season.

She also said she believes that the upperclassmen within the team have the potential to step up as leaders within the team due to the leadership academy that is offered to student-athletes.

“The experiences that our student-athletes have through being on this team and through leadership academy, I think there’s a lot of strong leaders in our program and they lead in different ways, but we have a great group of captains and a good group of seniors,” Potter said.

Potter said graduate student Ari Bernard has the potential to qualify for nationals this season. Bernard, who is a thrower on the team, said qualifying for nationals is one of her personal goals for this season.

“It has been a goal for I think my entire collegiate career, and this is the closest that I have felt to actually attaining that goal,” Bernard said.

Bernard also said that having the time off from competition because of the pandemic has made the team become stronger together.

“As someone who’s been here, this is my fifth year on the team, I really do feel that change feels more like a family and that’s kind of what you want your team to be,” Bernard said. “You want them to be your people.”

Hutchison said her goal was to see the team win a title. Hutchison, who had to take some time off from track and field for personal reasons earlier this semester, said that getting back into competing has been a stressful process for her.

“My preparation process now is being raced back into shape, as per [Potter’s] words, because you know, usually you practice to be in shape,” Hutchison said. “But since I’ve missed so much practice we’re just like ‘All right we’re gonna have to race you back into shape’ and I’ve never had that before so it has been a difficult time.”

Hutchison, however, said that Potter’s support has pushed her to get back in shape in time for the outdoor season.

“[Potter] said we’re still going to keep trying to [achieve my goals], despite everything that’s going on, you know, we’re going to keep staying on the path and that’s what I really appreciate about having her the most,” Hutchison said.

“Sometimes [sessions are] the whole team, sometimes it’s by a big group, sometimes it’s by year, which is really awesome,” Bernard said. “It’s good for mental preparation, especially as we get into these later, more competitive meets. [It is] a really awesome way that we’ve been preparing just to be able to figure out what’s working, what’s not working, what we change and how we can get ready for this championship mindset.”

In order to reach their goal of winning a title at the national championships, the Bombers will have to face a number of strong competitiors. The team will have to get past Liberty League rival University of Rochester, as well as reigning regional champions SUNY Geneseo, which pose as the Ithaca College’s biggest competitors. But Hutchison said she is confident the team can win it all.

“I just know for a fact that, like we’re more than capable of taking the championship trophy home,” Hutchison said. “It’ll be a fight, but I know that it’s definitely possible for us to do so.”

After the Bombers wrap up the indoor season at the NCAA Division III championships March 11 and 12, it will begin its outdoor season March 25 at Susquehanna University.