Women’s track and field goes for the first-place podium 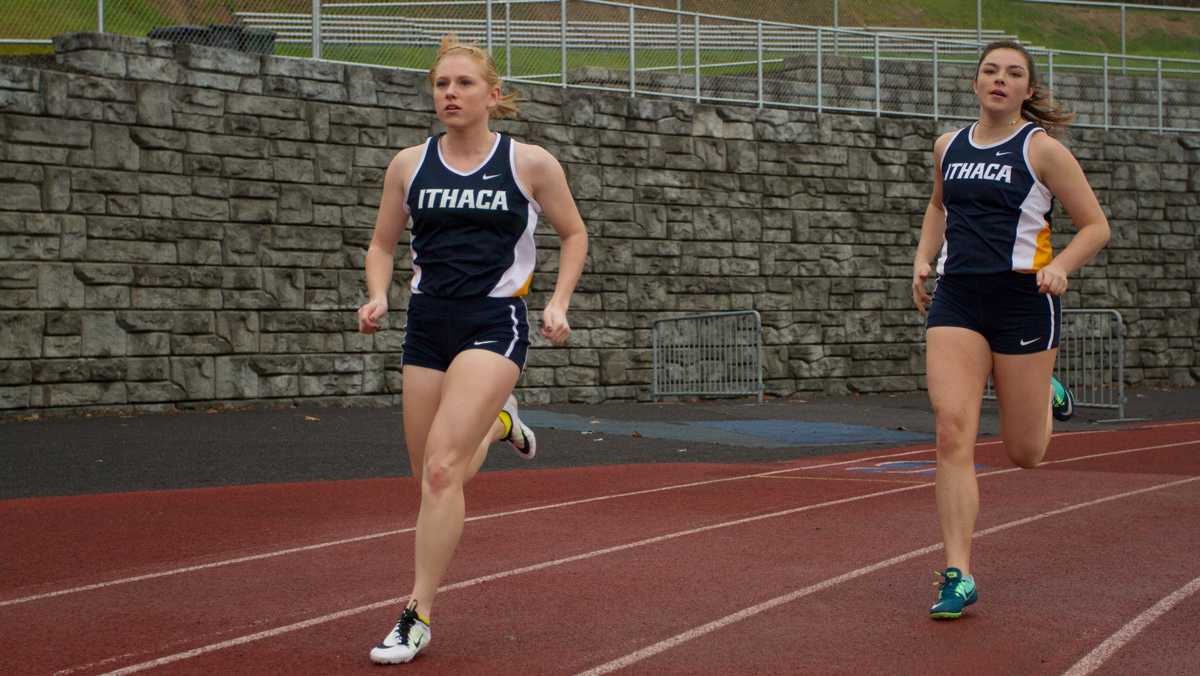 The Ithaca College women’s track and field team ended its past indoor season as the national runner-up in the NCAA Division III Championships. The team hopes to finish this season on the podium once again.

Senior captain Kassandra Reagan said the team hopes to build on its success and continue to improve as a whole.

“The goal for the team this year is to continue our success from last season,” Reagan said. “We have a new team with a new attitude, and it’s exciting to begin our season.”

The Bombers claimed their 10th consecutive Empire 8 title last year and aim to continue its success as it transitions into the Liberty League.

Junior Britney Swarthout said the transition has evoked a new spark in the team to prove that it is still a dominant force.

“I think the transition into the Liberty League offers an exciting new opportunity for our team to continue our success,” Swarthout said. “The transition has sparked an even greater drive to prove that we are a force to be reckoned with and make a dominant first impression.”

Potter said the All-Atlantic Conference will be far better scheduling-wise and location-wise for her athletes.

“When you run on a banked track, it is a tougher standard to qualify for nationals because there’s supposedly an advantage,” Potter said. “We were concerned we couldn’t control where the meet ended up, and if it ends up on a banked track a week before nationals, then you have to run 12 seconds faster to possibly get to nationals.”

The team graduated more than 10 seniors last year, including Brandy Smith, who placed second in the NCAA Division III National Championship for shot put last season. Potter said that losing the upperclassmen can be hard, but that it is part of being a coach. Replacing those players with depth from the underclassmen, Potter said, is key to their success.

“That’s part of the transition of collegiate athletics,” Potter said. “You’re going to lose that key player, but to look at the positive, look who’s back. Look at who’s on fire and wants to get back.”

Senior Taryn Cordani is one of 49 returning athletes for this upcoming season. Cordani won both the 3,000- and 5,000–meter run at the Indoor National Championships last season. She said the team is ready to compete and go after another trip to the podium.

“We are tough, we have passion, and everyone is already excited about competing so early on,” Cordani said. “You get out of track and field what you put into it, and I have already seen how invested everyone is this year. I have a really good feeling.”

Track and field can feel like a very individualized sport, as it focuses on a single athlete for most events; however, the Bombers want to build a more cohesive environment so that every event feels like a team effort.

Junior Catherine Larkin said that the team is focusing on creating a new environment that makes the team feel more like a single unit.

“This year we are putting a focus on team atmosphere and climate,” Larkin said. “As a big, diverse team and a sport that is individually based in nature, it can be difficult to be a cohesive team unit. However, something that I love about this team and something that I feel we can attribute past success is that this team feels like a family.”