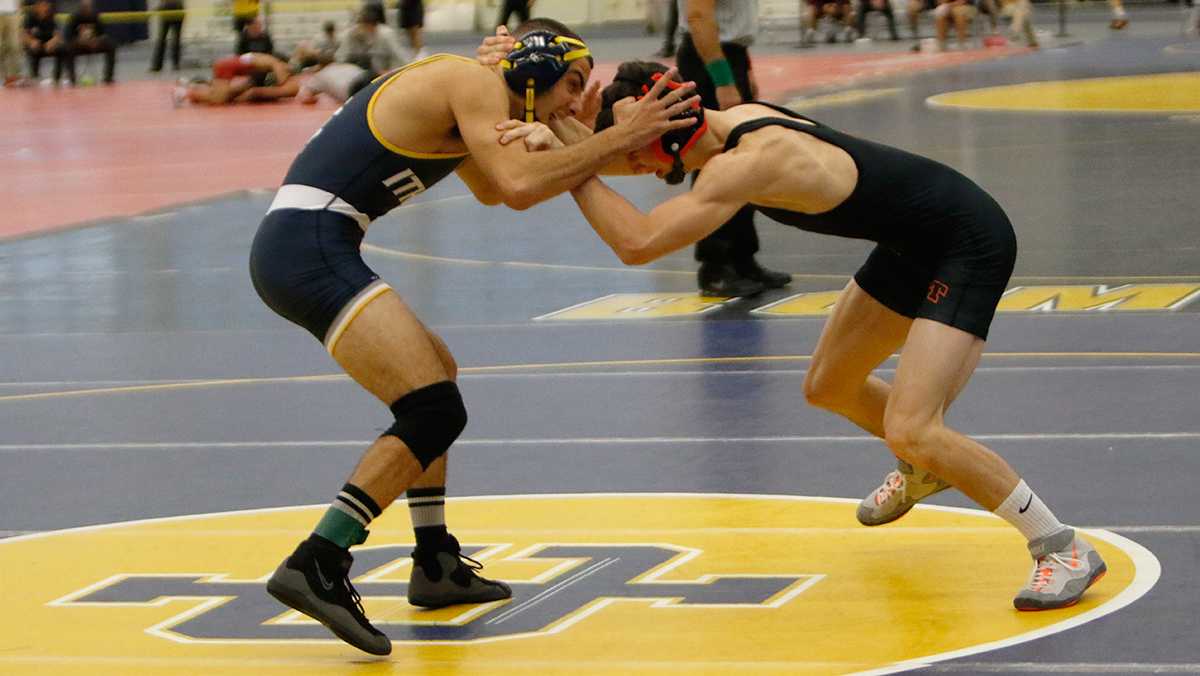 The wrestling team took home first place in the 32nd Ithaca Invitational Nov. 6–7 with a team total of 163.5 points as the Blue and Gold topped 11 other teams at the two-day meet. Stevens Institute of Technology placed second in the meet with 137.5 points, and Springfield College claimed third with 111.5 points.

Five Bombers finished first in their weight class, and nine wrestlers made it into the finals of their respective brackets. Junior Jimmy Kaishian took home first place at 125 pounds, while junior Nick Wahba claimed another first-place finish at 141 pounds. Senior Dan Pak won at 149 pounds, senior Eamonn Gaffney won at 157 pounds and junior Carlos Toribio fought his way to first at 174 pounds.

The Bombers had a strong showing from all of their athletes, especially the 141 pound weight class, where the finalists were both Bomber wrestlers. Wahba ended up outlasting freshman Demitri D’Orsaneo 2–1 to take home the title.

Gaffney faced New York University wrestler Raymond Jazikoff in the 157 final, winning with a score of 7–6. Toribio had the largest win by a Bomber champion, defeating Brandon Conrad from Rhode Island College with a score of 9–4.

The Blue and Gold had four other wrestlers finish in the top-six at the meet, including a fourth place finish by junior Jake Powell at 141 pounds. Freshmen Johnny Stramiello and Jawan Jones claimed fifth place overall in the 125 and 149 weight classes, respectively. Rounding out the top six for the Bombers was freshman Ferdinand Mase, who finished sixth at 125 pounds.

The South Hill squad gears up for the John Reese Duals in Wilkes Barre, Pennsylvania, Nov. 14. Ithaca then heads back home to host the New York State Collegiate Championships on Nov. 22.