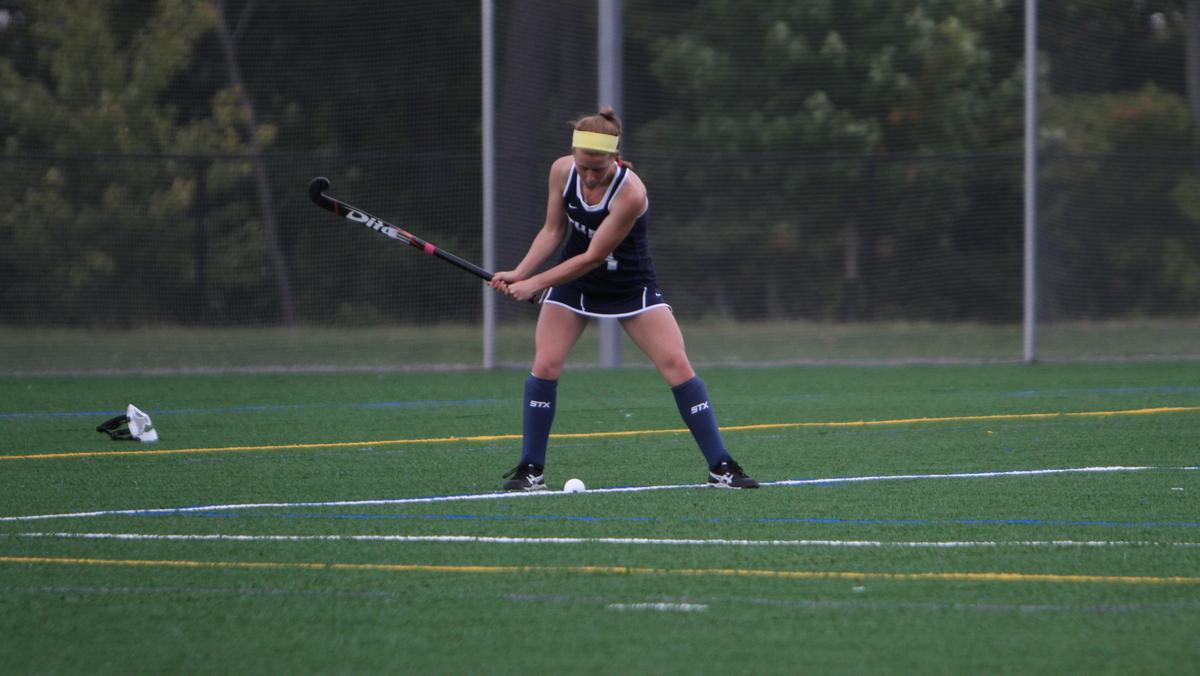 Ithaca College field hockey’s large freshman class is starting to make its presence known on the field. This season, three freshmen have had eight combined starts, compared with zero starts in 2016 and nine starts for one freshman in 2015 for the first 10 games.

This season, there are 14 underclassmen and 11 upperclassmen. While the Bombers normally have more underclassmen, this season is one of its biggest freshman classes in recent years. There are 10 freshmen this season, while its average is seven and a half freshman players since 2004.

Head coach Kaitlyn Wahila said that having many underclassmen works well because of the team’s leadership model.

Three of the four sophomores including striker Brooke Novello, midfielder and striker Kendall Keil and goalkeeper Savanna Lenker are consistent starters. Novello and Keil both have six starts, while Lenker has 10.

“Last year was a lot different, especially because we had a different coach,” Novello said. “Playing time is more about speed and skill rather than whether you are an upperclassman or an underclassman.”

Wahila said the team has improved every game and that much of this improvement can be attributed to the freshmen.

“As the season has gone on, they have been able to really show their skills and intelligence to make the team better,” Wahila said. “They are engaged all the time, even though some of them haven’t played in a game yet. They show up every day and help the team get better every day.”

While the rest of this season is still in front of them, the future looks bright for the program. Next year, they will have a large senior class and are expected to recruit six to eight freshmen.

“We definitely have a bright future,” Arleigh Rodgers said. “We have taken everything without any confusion, as we are in our first year with a new coach, so we don’t know any different. It will definitely be beneficial to us in the future.”

The freshmen have also had to adjust to the higher playing level, as collegiate field hockey is a significant step up from the high school level.

“In high school, not everyone wants to play — they more just want to have something to put on their college applications,” Arleigh Rodgers said. “It is nice to be surrounded by girls who are just as excited to play as I am.”

While the team may consist of young players, they have had no issues competing and excelling against teams who have a larger veteran presence.

Lenker said that there is not a single person or grade which defines the team.

“Age doesn’t define us,” she said. “Our starting lineup has players from all ages, and this allows the underclassmen to be comfortable and take on a larger role.”