I always have a sense of foreboding when I enter hospitals. Knowing that there are a plethora of needles inside and many who are sick unnerves me. For obvious reasons I only go to the doctor’s when it is absolutely necessary.

The township hospital gave me that same sense of foreboding except when you entered this hospital, there were some noticeable differences.

The walls were painted an odd green color, a shade that was probably popular in the 70’s, the ceiling tiles were crumbling and every so often there’d be a wet spot on the floor from a leaking pipe. The fluorescent lights flickered and were completely out in some hallways. The faint smell of sterilization permeated the place.

Her father had recently suffered a stroke and was still hospitalized. The whole family, even the sister from the eastern cape, was visiting him this weekend.

We turned into a smaller hallway and approached a door with a word art laminated sign that read “Stroke Unit” posted on it.

It was one large room, with eight beds around the edges. The sheets that encased each victim had black print that read “Property of Manenberg Hospital. Stealing is a felony!” The walls were a yellow/green shade and the windows had signs that read, “Stop the spread of TB, keep windows open!” Curtains rested against the wall near each bed. When the patients wanted privacy, they could be pulled forward and surround the bed.

Mama Nosintho’s family was gathered around her father’s bed. Mother, two sisters, a cousin, pastor, and church group, all were here for the visiting hour. 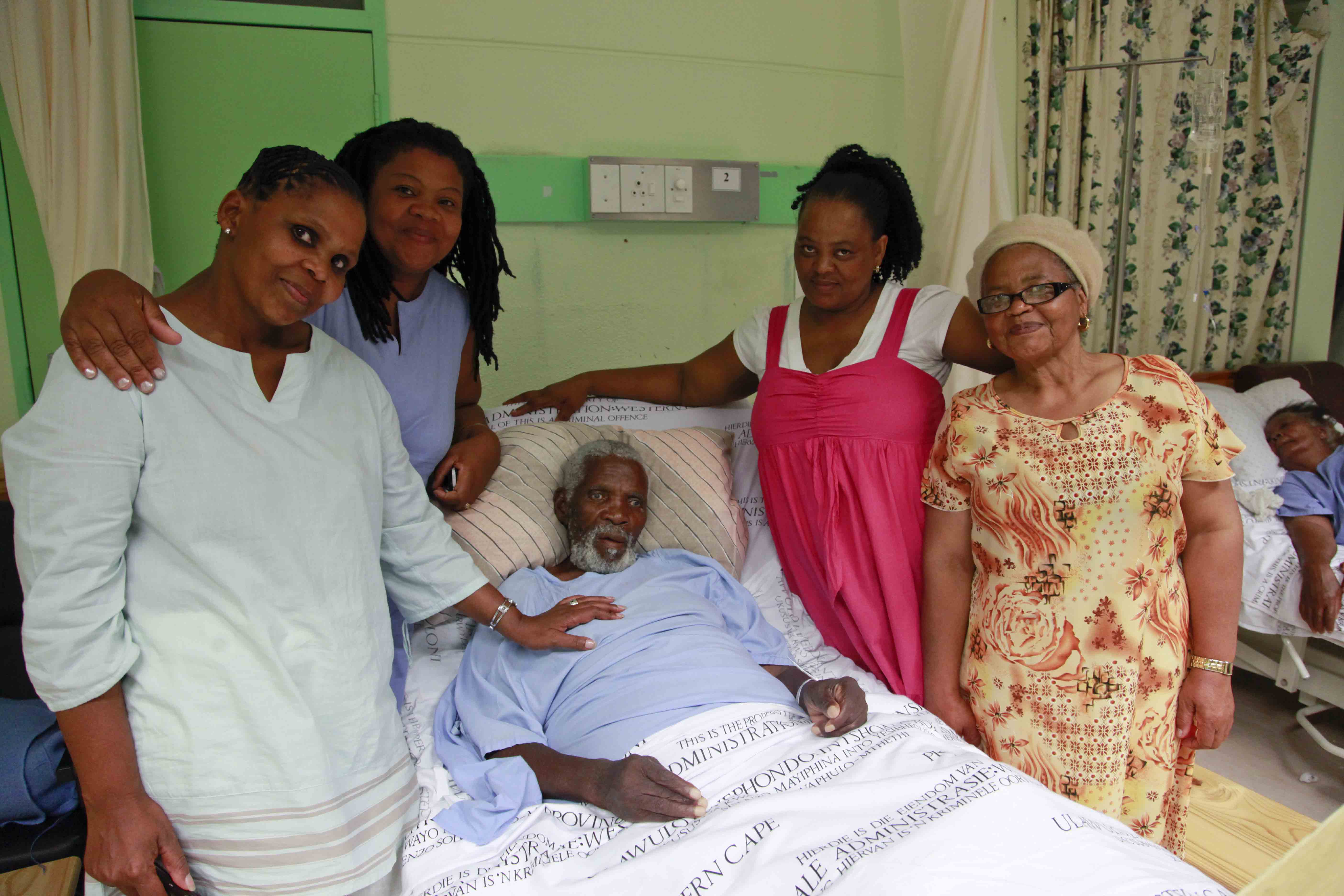 The father sat on the bed, propped up by a large pillow. His eyes were clouded over by cataracts, his hair was grey turning white. He stared at nothing then suddenly would turn to someone and ask a question in Xhosa. He had forgotten how to speak English, his speech in Xhosa was slurred and his thoughts wandered.

He then mimicked sipping from a cup, as if he was drinking the best water in the world, though none had touched his lips.

“Ahhh, that was refreshing,” he mumbled.” 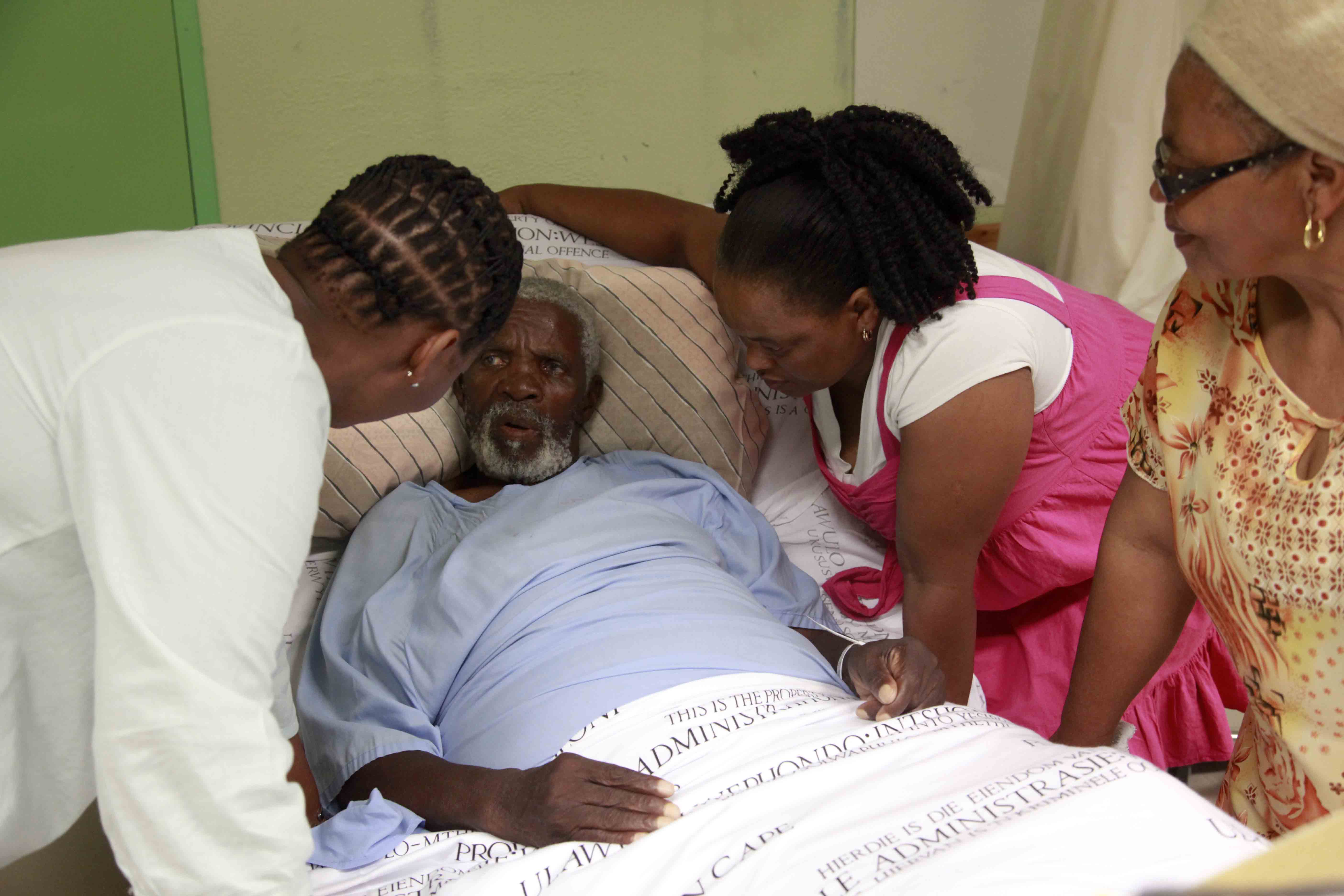 A loud bell sounded from a hallway as an orderly walked by proclaiming five minutes were left during the visiting hour. The family and church group rushed to say goodbye. The father, oblivious to an impending departure, turned towards a TV and became distracted by the show being played.

When we walked outside, the children, who were left to play in the park, ran up to us, asking how their grandfather was. It is hard to explain to them that he will never be the same, that he had massive brain damage. That is a hard thing to explain, no matter what language you speak.