I have pointed out many of the differences between townships and the United States but there are still similarities. The children sing songs by Nicki Minaj or Drake and if you get the antenna just right, a fairly clear picture on the TV emerges and an American sitcom comes on. Mama Nosintho acted like my mother and the teenage girls had that typical teenage girl attitude. Some things are universals.

Many of the people I met were glad that tourists come to townships, even if tourists were there for the spectacle. Having tourists brings in money for the mini buses, the township run tour companies, the artists who sell crafts and beadwork on the street, the food vendors, and even the children who clamor for a rand or two.

Having tourists come also shares the knowledge of what life under apartheid was like and how many communities like Tambo Village have changed little since the former government fell. People pull you to them to tell you of their struggle, their story, just so you know the history of the place.

One Mama, a friend of Mama Nosintho’s, once told a tourist group how she was saving up for a real home, not a shack made of scrap metal. Several months later a cheque arrived for her, enough for the down payment on a new home. To this day she does not know who did this for her, but she prays for them every night.

Mama Nosintho wants to move her family out of the township. The schools are better closer to town, there is less crime and better jobs. That day is far away but they are trying to provide the best for their children.

When Sipho, Sango and I tired of playing football, it was near dusk. You always hear about how magnificent the African sunset it, but one of the best views comes when it sets over Table Mountain. The township is far from Table Mountain, but the hope of being closer; being able to afford a life within the city limits is irresistible. 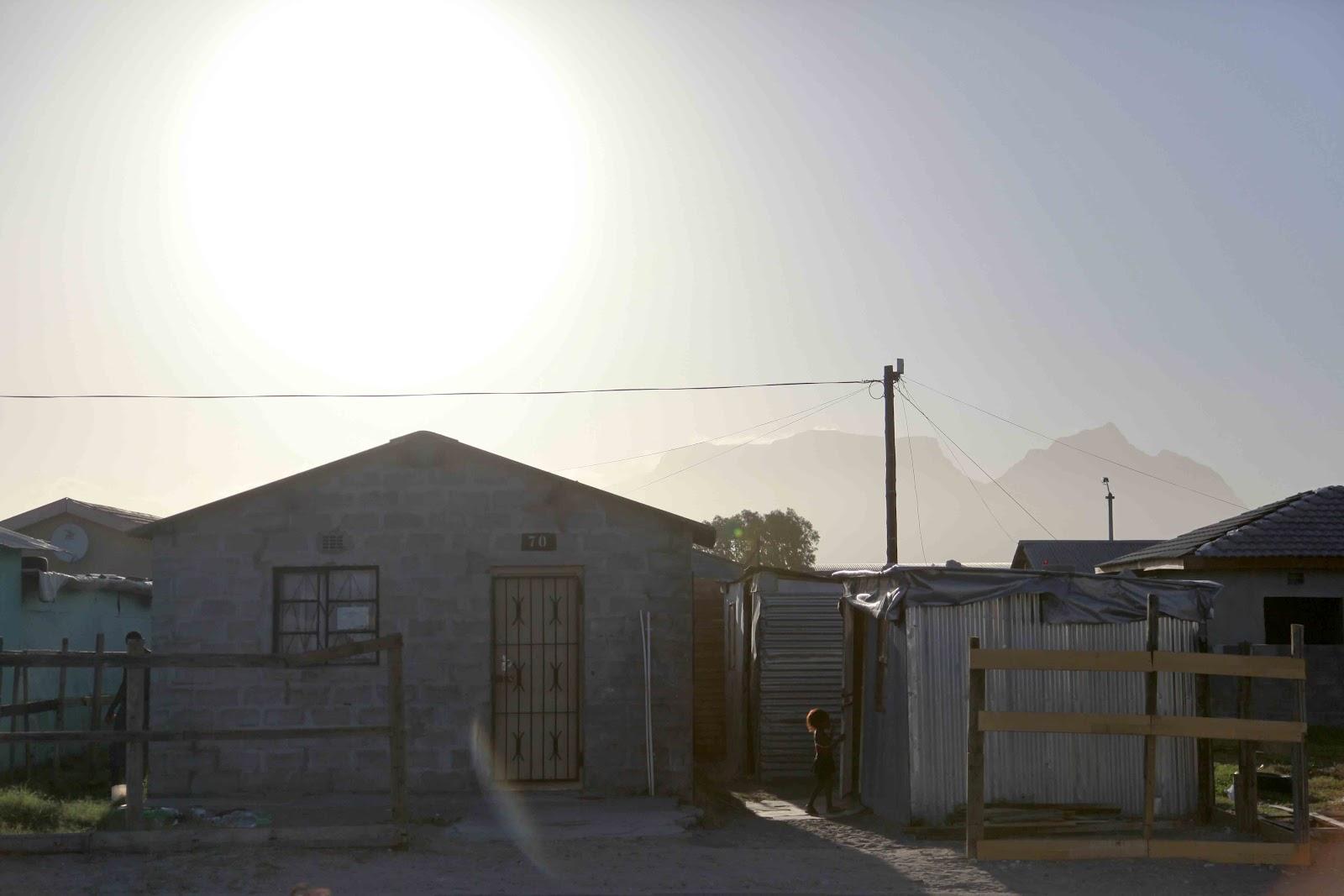