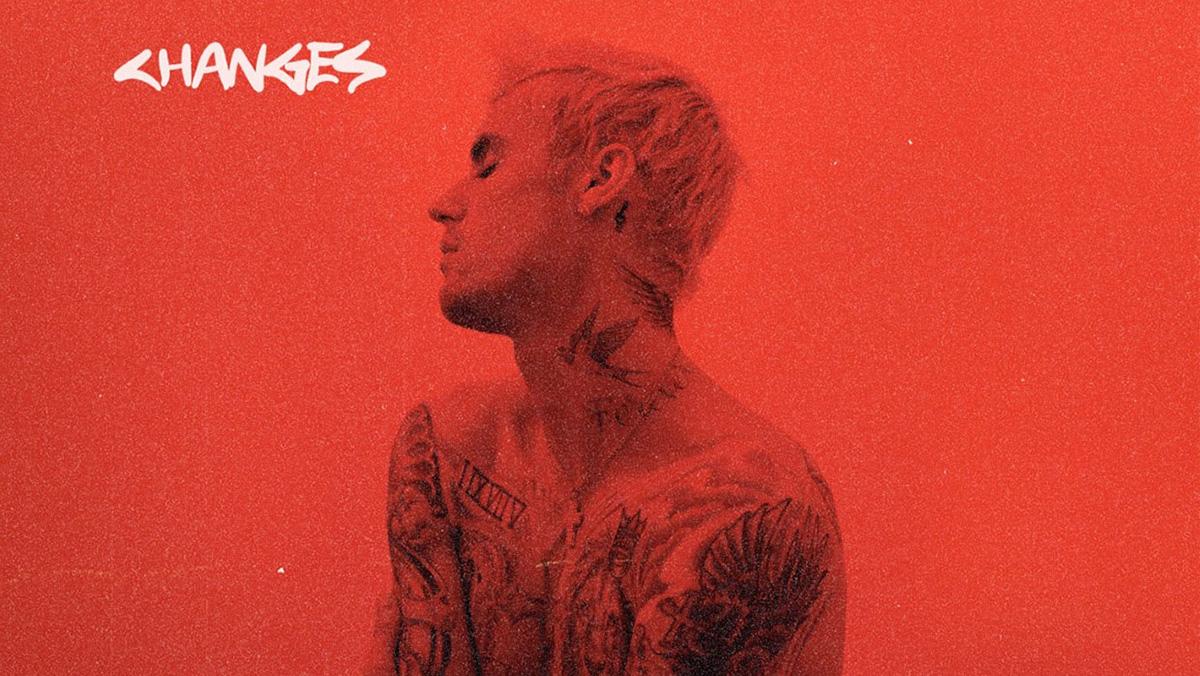 Courtesy of Def Jam Records
Justin Bieber changed his sound in "Changes." This most recent album was released on Valentine's Day and is a love letter to the singer's wife.
By Dylan Campbell
Published: February 25, 2020

What is the sign of true growth? Is it the humility of self-awareness or the willingness to learn from the past? More importantly, does change indicate growth? In Justin Bieber’s new album, “Changes,” his first since 2015’s “Purpose,” the answer is more complex than the question.

Appropriately released on Valentine’s Day, the 17-track work is a soulful love letter to Bieber’s wife, Hailey. Steeped in electro-R&B ambiance, the album’s stripped-down production lets the pop star’s voice steal the show. This is a departure from the electronic dance music–influenced sound in “Purpose.” Bieber’s shift to a digitized version of R&B creates both a tonally cohesive work and a change in how the artist presents himself. He also uses the production to highlight his voice, creating an album far more intimate and mature than his previous work — no small feat for arguably the planet’s biggest pop star.

Although the entire work is cocooned in gentle trap-soul production, the album features two types of love letters to Hailey. The first kind is Bieber’s solo songs. Bieber’s silky-smooth falsetto cascades over the loopy beats as he serenades Hailey and beckons the listener deeper into the album. Tracks like the introductory “All Around Me,” the enticing “E.T.A” and the snappy “Available” allow Bieber’s voice to shine in a manner first seen in 2015’s “Love Yourself.” These songs also indicate his growth as an artist. These solo songs streamline the listening experience, complimenting the pop-oriented tracks with an air of intimacy.

While the solo songs certainly proclaim Bieber’s love for Hailey, they do this in a distinctly different way than in Bieber’s collaborations. If the solo songs are Bieber journaling about his feelings, then the collaborations are him screaming from the rooftops. These chart-ready, electronic-yet-gentle bangers are propelled by hypnotic beats. The Quavo-assisted “Intentions” or the insatiable “Running Over,” featuring Lil Dicky, succeed in their tonal similarities to the solo tracks. Even in the faster-paced “Get Me,” featuring Kehlani, and catchy “Forever,” featuring Post Malone and Clever, the production never veers too far out of the album’s electro-soul sphere.

Unfortunately, these love letters are unified by largely vapid and empty lyrics. How can the line “Let’s get it in expeditiously” be taken seriously when one can almost see Bieber reaching for the thesaurus? All too often, listeners are left waiting for catchy lines that never come. As a result, “Changes” drops from a heartfelt expression of love to a mirage of a great album.

The other dilemma is the message behind “Changes.” Throughout the album, Bieber assumes the role of a flawed male, and Hailey is his angelic, perfect wife. His perception of their bond feels a little shaky in “That’s What Love Is”: “Ooh and you can trust me/ After all the lies I told you.” By elevating Hailey’s character, Bieber is inadvertently propelling the toxic notion that women are rehabilitation centers for broken men. It feels as if Bieber says his religion makes him good enough for Hailey as opposed to a practice in which he and his wife can grow together.

Thematic miscalculations notwithstanding, “Changes” represents a large step forward from 2015’s “Purpose.” Bieber’s willingness to invite the listener into the music is a change that took five years to make. In the end, “Changes” is an album that’s difficult to turn off and equally hard to justify turning on.