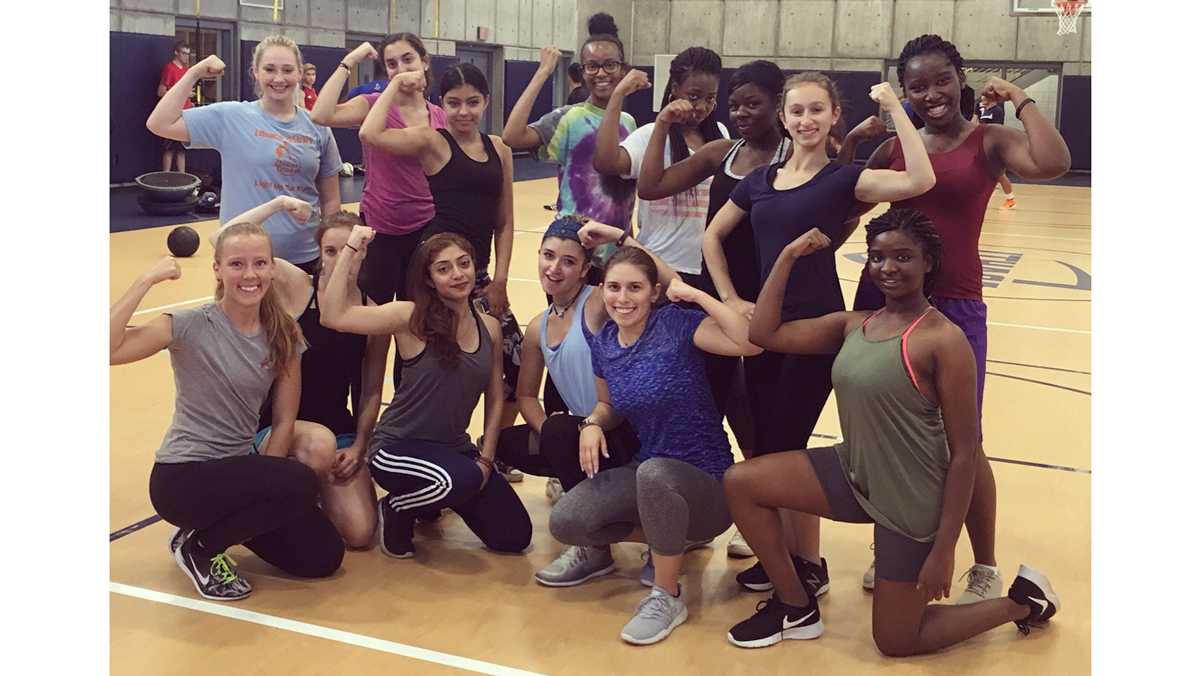 Courtesy of Au’Vonnie Dorsett
Queen Strength, led by junior Au’Vonnie Dorsett, works to empower women through health and fitness. They meet every Friday at 3:15 p.m. in the Mondo Floor Gym in the Fitness Center.
By Emily Lussier — Contributing Writer
Published: March 31, 2018

Every Friday afternoon at 3:15 p.m., a group of women gather in the Mondo Floor Gym of the Fitness Center to learn about different muscle groups in the body, work out and enjoy one another’s company.

These women are a part of Queen Strength, a student-run organization at Ithaca College that uses health and fitness to empower women. Queen Strength is led by Au’Vonnie Dorsett, junior exercise science major and founder and president of the club. The club has 11 active members.

Dorsett said she had the inspiration to start Queen Strength during the first semester of her freshman year when she was no longer able to participate on the track and field team, which she had joined as a walk-on.

“That’s when I really realized this is a part of me,” she said. “The fact that I’m depressed because I can’t run, I can’t work out, I can’t squat.”

She said she missed having an outlet to exercise through and the sisterhood she experienced while being a part of a team. She said she wanted to create a space where women could work out together to feel empowered and confident in themselves. Dorsett was able to get the club up and running by Fall 2016.

“For me, where I’m from, when we don’t have access to the things we want, we create them,” Dorsett said.

Freshman Diana Romero said she joined Queen Strength because it goes beyond being a fitness club. She said it is about physical and mental health while also addressing women empowerment. 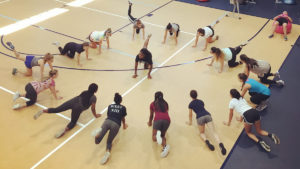 Vice president Arietou Amadou-Wattara led a warm up for the club during Fall 2017. (Courtesy of Au’Vonnie Dorsett)

Romero said she believes Queen Strength provides a community many women on campus are looking for but do not know exists, where they can be with other people striving to live healthy lifestyles and can support each other while they do this. Freshman Gabriela Urbaez-Mendez said she joined the club to be a part of the sisterhood that Dorsett had created.

“It was really inspiring to see everyone kind of doing this all together, and it didn’t matter about how you looked, what you ate, your body type,” Urbaez-Mendez said. “If you loved working out, then that was the point of it.”

Dorsett said that before meeting Urbaez-Mendez, she was not planning to have anyone replace her as president to continue Queen Strength after she graduated. She said she did not think anyone would be able to take on the role as president since it requires a lot of planning and knowledge of exercise science.

“This is not something that can be easily passed down,” Dorsett said. “You have to know what you’re doing.”

Urbaez-Mendez said she joined the club after club faculty adviser Christina Moylan, assistant professor in the Department of Health Promotion and Physical Education, suggested that she join. Urbaez-Mendez and Dorsett quickly formed a strong relationship due to their similarities, like being two of the only women of color in the exercise science program and both being from the Boston area, Urbaez-Mendez said.

Urbaez-Mendez said she was impressed by the hard work both Dorsett and the club’s vice president, junior Arietou Amadou-Wattara, put into the club.

She said she was unsure when Dorsett asked her if she would want to take over the club because it is a large time commitment.

“I remember the first thing I asked was, ‘Do you even think I can do it?’” she said. “Because sometimes I still don’t even believe I can.” 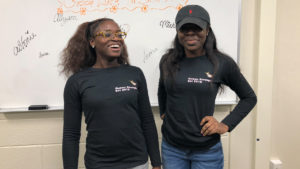 Each week, Dorsett and Urbaez-Mendez, acting as her shadow, meet with the executive board prior to the gym session to go over the lesson and workout for the week, which the president has to plan in addition to helping organize community events and club collaborations.

“I can push what she’s made and make it go further … that’s the point,” Urbaez-Mendez said. “We don’t want this to stop. We want this to continue and make an impact through the whole IC community.”

In addition to holding weekly gym sessions, Queen Strength collaborates with other clubs to learn more about fitness. The club collaborated with IC Nutrition Club in Fall 2017 and learned about healthy lifestyles through trivia games about health and nutrition and the introduction of a recipe for energy balls. Urbaez-Mendez said they also attend banquets on campus together as a club, such as the African-Latino Society and PODER banquets, to show their support for organizations.

After the success of last year’s pilot program, the Office of Counseling and Wellness will sponsor the Wellness Wednesday series again this semester.

As a little girl, Tova Wilson ’07 looked up to the beautiful, well-rounded and accomplished women she saw in beauty pageants on TV. As a 23-year-old, she realizes their potential to create social change. Wilson, who has never competed in a pageant before, has been named a semifinalist in the 2009 Miss Illinois USA Pageant…

Women empowerment organizations at IC create a network of support