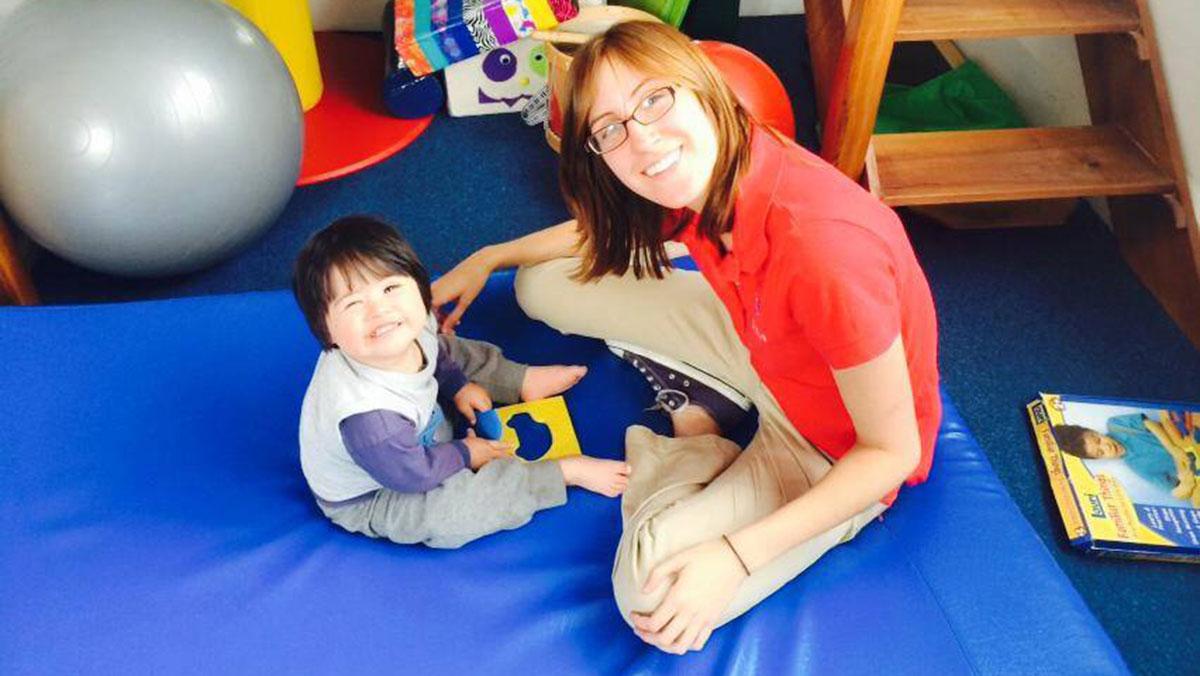 There’s a distance of almost 3,000 miles between Ithaca, New York, and Ibarra, Ecuador, but that hasn’t stopped the two communities from forming a strong and uncommon bond. Since 2008, Kit Frank, an Ithaca College adjunct professor from 2007–11, and her husband, Robert Frank ’73, have been working to provide prosthetics and orthotics to disabled children in Ibarra, filling a health care gap and facilitating the involvement of many others at the college.

The Franks have a long history in Ibarra, starting in the ’80s when they first traveled and saw the conditions there. Many children in Ibarra with disabilities such as birth defects or cerebralpalsy did not have access to the right prosthetics that would allow them to be more mobile. Kit is a trained occupational therapist who specializes in assistive technology, and Robert is a licensed orthotist/prosthetist. Together, they founded the Prosthetics for Life Foundation in 2008, and their mission is to make well-fitting prosthetics easily accessible for all who need them. The clinic is free and uses primarily found materials — especially cardboard — to fashion prosthetics.

The foundation has many connections within the college community, especially in the occupational therapy department. Carole Dennis, former head of the department and current professor of occupational therapy, worked with Kit to run a class about assistive technology at the college before visiting the clinic in Summer 2011. She was impressed by the way they had manipulated the cardboard into something functional.

“All you do is you glue it together,” Dennis said. “It gets really strong when you glue a lot of layers, then it works like wood.”

During the visit, Dennis went on a homestay to see whether one of the Franks’ patients, a young boy with cerebral palsy, was adapting well to the technology they had provided him with.Kit had made a chair with a tray that held toys in front of him, which held him upright and allowed him to play so that his mother was free to do other household work.

“When they began, there were no orthotics and prosthetics available for children, and they were very involved in training people in the area,” Dennis said. “The state of Ecuador provides some resources, but they aren’t usually wellsuited to children.”

Amanda Singletary and Karina McMahon, fifth-year occupational therapy students at the college, traveled to Ecuador this summer as their final field work assignment to complete their degrees. They spent the majority of their time at a clinic called the Centro de Rehabilitacion, Educacion, Capacitacion,  Estudios y Recursos, but also were given the opportunity to observe at the Foundation for Life clinic.

“Everything that we did was rewarding,” Singletary said. “Seeing how appreciative the parents were for everything that we were doing, even if the whole session was basically trial and error, it was pretty great.”

McMahon was also gathering research for a thesis about how occupational therapy students respond to working environments abroad and said future trips might be coordinated differently.

“When we went, we only spent a little time at the prosthetics clinic, a day with a professional OT and most of the time we were at CRECER,” McMahon said. “In the future I think they’ll probably take a more comprehensive approach.”

Dennis said she has been trying to plan a short-term study abroad program to visit Ibarra since last year, and is hopeful that she will be able to lead a group of students to volunteer in Ibarra this May.

“I was just so impressed with Kit and Bobby,” Dennis said. “They are very humble people, really rather ordinary people who just have an exceptional drive to give. This is their focus in their life.”

Both Singletary and McMahon will graduate Oct. 15, and though they don’t intend to focus their careers on this kind of work, they both said they would love to go back to the clinic.

“Nobody is miserable down there,” Singletary said. “Sometimes here, when someone has a disability, it’s more of a big deal, and we’re understandably upset about it, but down there they say, ‘This is my life, this is my child, I’m going to make the best of it and that’s that.’ It’s a very nice environment. I would do it again in a heartbeat.”