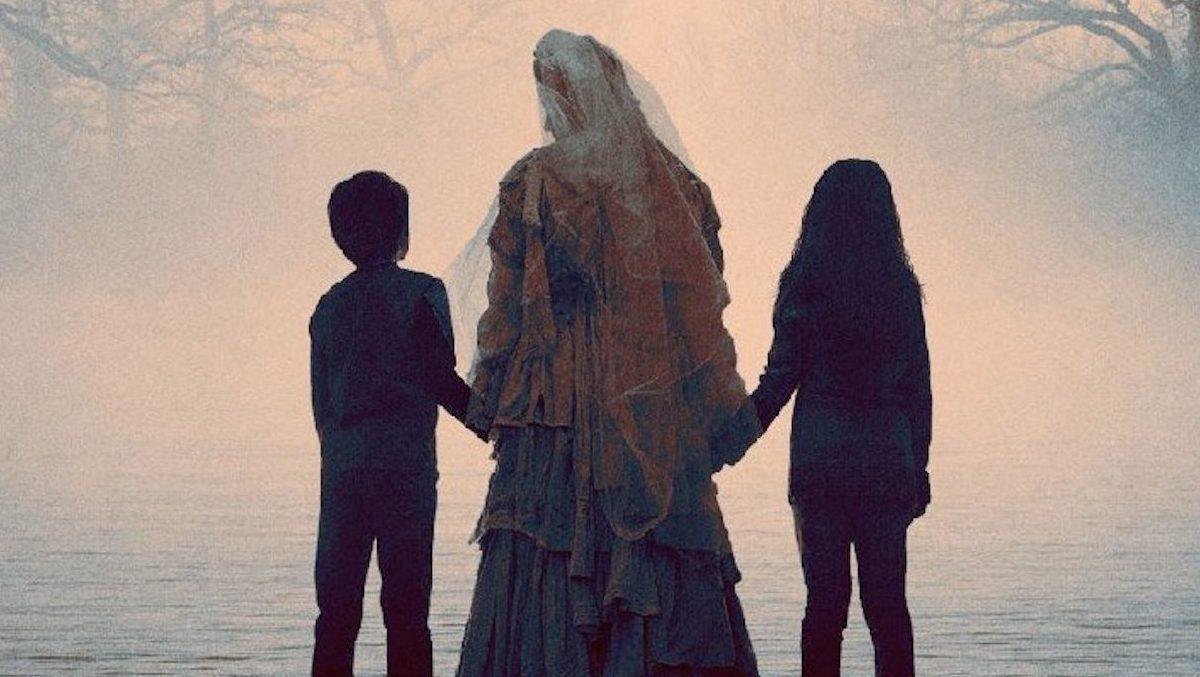 New Line Cinema
Based on an actual Mexican folk tale, "The Curse of La Llorona" had potential to be spine-chilling, but instead falls victim to horror movie cliches and cheap jump scares.
By Tyler Obropta — Staff Writer
Published: April 28, 2019

"The Curse of La Llorona"

For decades, horror movies have replicated the hard work “The Exorcist” did in 1973 to produce one sleek but soulless thrill ride after another. Such is the case with “The Curse of La Llorona.” All the tropes have lined up for this one: unholy spirits, cursed little girls, frenzied single mothers and chaotic exorcisms.

Taking a welcome break from the killer porcelain doll movies, this “The Conjuring” spin-off has a properly creepy villain in La Llorona. According to the folktales — La Llorona is a real Mexican legend — she drowned her children many centuries ago and now wanders the Earth, weeping for her lost children and looking for new ones to replace them with.

Writers Tobia Iaconis and Mikki Daughtry, who previously wrote the teen romance “Five Feet Apart,” don’t give director Michael Chaves much to work with. Chaves does, however, draw out a water motif to signal whenever La Llorona is coming. Sometimes it’s just raining, but more subtle scenes begin with percolating coffee or dripping faucets as if the world is weeping with her. Even the score, replete with eerily moaning strings, sounds as though it’s crying.

The unlucky children the ghost has turned her sights on are Chris (Roman Christou) and Samantha (Jaynee-Lynne Kinchen). Their mother, Anna (Linda Cardellini), is a widowed social worker with neither the time nor the patience for folktales about vengeful Mexican spirits — until one starts terrorizing her home.

Anna and her family are the kind of characters who make dumb decisions to propel the plot while having little personality of their own. They’re always walking off into dark places unattended or opening doors that surely have La Llorona behind them.

They’re a white family living in 1970s Los Angeles — as if an American audience would have trouble sympathizing with an entirely Latin American cast in a movie based on Mexican folklore. It isn’t quite whitewashing — there’s plenty of Mexican culture seeping into the story, mostly thanks to Rafael and a priest (Tony Amendola) — but the story isn’t concerned with the cultural well it’s drawing from, only with how it can best use the material to scare its audience.

When he was writing “Halloween,” John Carpenter said he structured the script as though it was a radio play, with a scare every 10 minutes to keep people tuned in. “La Llorona” abides by the same formula, but instead of scares, the ghost screams as loud as possible, hoping that will compensate. It doesn’t. La Llorona’s screeches end up detracting from an otherwise chilling atmosphere in the same way that playing a violin with a hacksaw doesn’t produce better music.

Usually jump scares serve to paper over a ramshackle plot and unlikable characters, and there isn’t a single well-drawn character in “La Llorona.” Thankfully, Rafael (Raymond Cruz), who enters late in the game, crackles with charisma. He’s a curandero, or Mexican healer, and in keeping with “The Exorcist,” he’s this film’s Max von Sydow character, except he’s hardly the focus of “La Llorona.” Instead, Cardellini’s character and her kids occupy most of the film.

Cardellini thankfully rises above the sour, dour material around her, but her involvement in the story is negligible — Anna spends most of the climax locked in the basement. She at least gets the film’s best line, something approaching emotion: When La Llorona is fussing about in her dead husband’s study, Anna calls in, “Is anyone in there? Because my husband is a cop and he’s going to be home any minute now.” The line’s a spike in an otherwise flatlining screenplay.

Besides that, the dialogue is wallpaper, and the storyline is virtually nonexistent. “La Llorona” runs out of plot halfway through, and it struggles to make Rafael’s showdown with the specter last the remaining 45 minutes. Still, this won’t matter to most “The Conjuring” fans — good characters or bad, engaging story or not, some people just want to be scared. But the issue is how “La Llorona” scares you — the most frightening moments are neither clever nor earned. Mostly, a spooky woman in a wedding dress pops out of the dark and screams. The kids run away just in time, Anna is none the wiser and the pieces quickly reset themselves so the same sequence of events can happen again.

For some screenings of “La Llorona,” real curanderos waved sage over audiences and blessed them, so when they went home after the film, no evil spirits went with them. If only there were reason to go to such extremes.