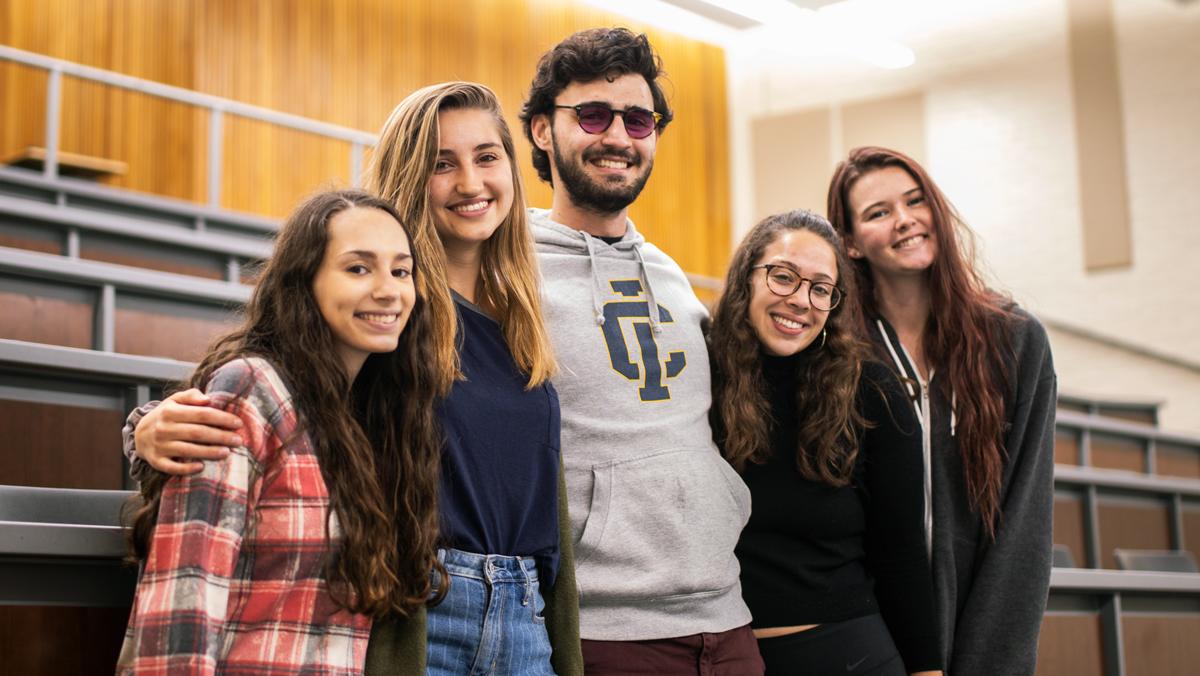 Soft, soothing music plays as members of the Ithaca College Mindfulness Club color mandalas and drink tea. The students sit at desks in silence as they focus on their coloring.

The Mindfulness Club meets at 7 p.m. every Wednesday in room 202 in Williams Hall, and meetings often involve coloring and tea. The first meeting had a turnout of approximately 20 students.

Copresidents juniors Camille Wrege and Dara Spezial started the club this semester. They said their goal for the club is to create a safe place for students where they can go to forget their troubles and focus on themselves. They said, as college students themselves, they understand all of the anxieties that come with school and want to help students learn about tools to make college easier.

Hugh Stephenson, associate professor in the Department of Psychology, studies mindfulness and its benefits. Stephenson said he and his research team found that mindfulness is commonly linked to treating anxiety and depression.

“One definition is different strategies for achieving mindfulness,” Stephenson said. “Most of them involve a focus on the here and now. It takes people away from anxious concern, from the future or thinking about things in the past.”

Wrege and Spezial said they hope the club can promote strategies for coping with mental health issues because they are commonplace in the lives of college students.

“We want to normalize anxiety and stress and depression, … and we want to help students cope with these feelings,” Spezial said. “It’s hard to do this, but if we implement mindfulness [and] meditation, I think this will benefit a lot of the student population.”

During the meeting, Wrege talked to the group about methods to relieve stress. She highlighted that one way to control stress is by putting sole focus on one thing, like coloring mandalas or making a craft. Wrege said this is a type of mindfulness practice that helps people by having them forget about everything outside the activity that may be causing them stress.

Spezial said that because students are bombarded with schoolwork and dedicate much of their free time to extracurricular activities, they never have time for themselves.

“There are a lot of people who don’t know about mindfulness here at IC who really should know the benefits and incredible attributes,” Spezial said. “It really helps a lot of people, even the slightest bit.”

Junior Kristen Stanley, social media coordinator for the club, said that being able to step away from all of the stressful elements of her life is one of the most appealing aspects of the club.

“I like the club because a lot of the times people feel guilty and feel like it isn’t okay to do nothing,” Stanley said. “It’s an hour to just do nothing.”

At the end of the meeting, Spezial asked the group if she could lead them in a guided meditation. Spezial sat in the center of the group and instructed everyone to close their eyes and get comfortable. For the next five minutes, she talked about releasing stress from the body and allowing muscles to relax. The music was off, and the only sounds in the room were Spezial’s voice accompanied by the soft breathing of the club members around her.

Spezial said she has been interested in meditation since she learned about mindfulness in middle school.

“I practiced and practiced the tone of my voice and volume, and I found out that I can additionally help others besides me,” Spezial said.

When the meditation ended, Spezial bid the students goodnight as they all finished their tea. Their hour for the week came to a close, but Spezial said the lessons the students learned in the room would hopefully carry over to the rest of their lives.

“Our slogan, ‘Train your brain to unwind,’ is such an important part of mindfulness, and we hope to spread our knowledge and passion to whoever would like to learn,” Wrege said.