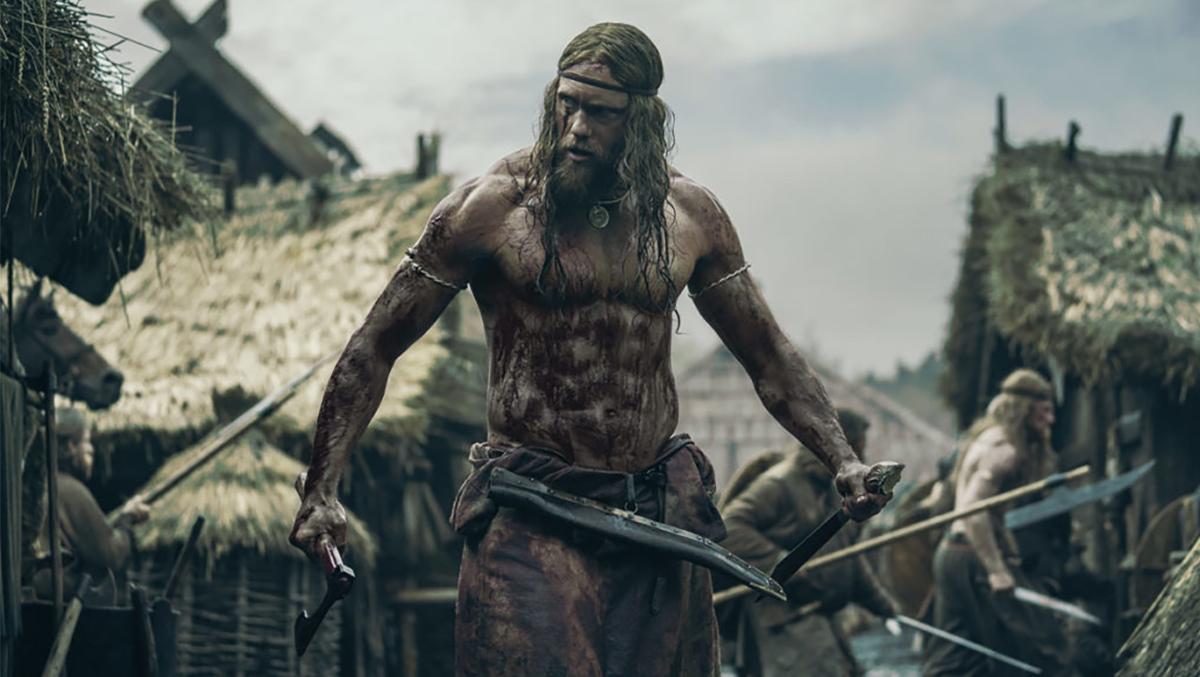 Courtesy of Focus Features
Alexander Skarsgård takes on the role of a village raider in a beautifully filmed but disappointing Robert Eggers film.
By Matt Minton — Staff Writer
Published: May 4, 2022

Robert Eggers’ films “The Witch” and “The Lighthouse” are two of the most refreshing horror films in the recent wave of unique and innovative directors taking on the genre. For his third feature, Eggers takes on the viking epic genre with “The Northman,” producing mixed results in spite of its ambition.

“The Northman,” which is based on the Scandinavian story “Amleth” that went on to inspire Shakespeare’s “Hamlet,” follows young Prince Amleth (Oscar Novak) as he watches his father be brutally murdered by his uncle and witnesses his mother (Nicole Kidman) get kidnapped. The story then jumps two decades forward in time as Amleth (Alexander Skarsgård) raids Slavic villages as a viking. However, he has not forgotten the trauma of watching his parents vanish in front of his eyes, as he vows to save his mother, kill his uncle and avenge his father. The anger and pain that he feels from his trauma often takes him to dangerous and violent lengths to keep his vow.

There are many exhilarating sequences in “The Northman” that demonstrate Eggers’ craft as a director, helping to situate the audience into the film’s setting of 10th century Iceland. The action sequences throughout are engrossing to watch, conveying the brutality of the time period perfectly. After the film’s inciting incident, there is a terrific long sequence that follows the time jump. The audience sees Amleth raid a village that very closely mirrors Amleth watching his own parents be ripped away from him as a kid.

However, from this sequence all the way until a major plot twist gets revealed toward the end, “The Northman” feels like another basic revenge story and takes its sweet time to tell the viewer why it’s not just that. While Eggers’ previous work features masterfully slow build-up that helps to create the tone of those films from scene to scene, “The Northman” does not carry that same momentum to keep the audience interested in its 137-minute runtime.

“The Northman” features a strong cast, helping to bring to life the story of the film. Many of the biggest stars have extremely limited roles, but they all end up leaving a strong impression on the audience. Primarily, musician and artist Björk’s memorable take on the Seeress Witch and Willem Dafoe’s terrifying turn as Heimir the Fool are easily some of the highlights of the whole film. Skarsgård in the lead role does an excellent job, even when his character ends up feeling flatly written. The way that Skarsgård is able to physically convey his character’s outward anger at the world and his fixation on his vow are stunning to watch.

“The Northman” is certainly an interesting film and one that deserves to be watched in theaters to help support mid-budget films because the film has an estimated budget between $70–90 million. However, it cannot decide if it wants to be a traditional revenge story or a more surreal and fantastical story about generational trauma, the final product feeling at times like a confusing hodgepodge of many ideas. Eggers has publicly admitted that there was studio interference, as early test screenings from audiences found an earlier cut of the film to be too confusing to follow. The effects of the studio edit are evident in the final theatrical cut.

Although the film can be appreciated in many aspects and certainly leaves the viewer with a lot to chew on thematically from its conclusion, perhaps the miracle that such an ambitious epic exists at all is more fascinating than the experience of actually watching it.