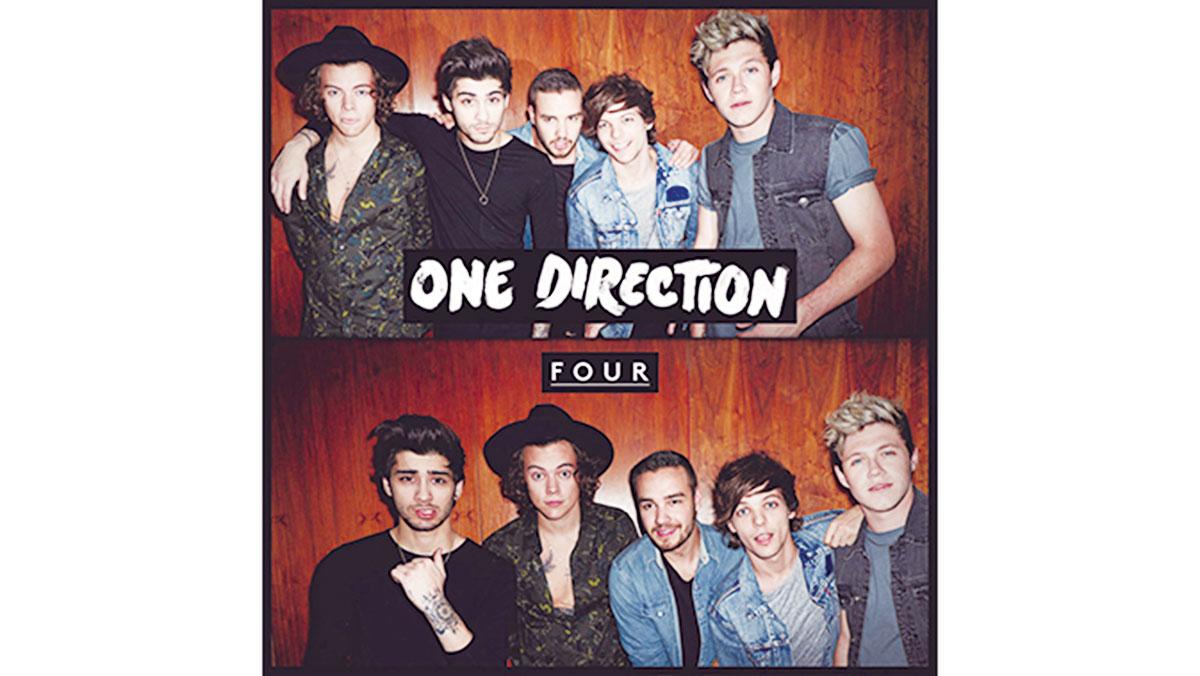 Full of heartwarming harmonies and thrilling tracks, “Four,” the newest offering from British boy band One Direction, has all the catchy, upbeat and melodic songs that a listener could possibly want. Clearly, the voices of the members have developed over their four years together, creating a record that establishes a more mature sound.

The opening number, “Steal My Girl,” starts off with piano keys, followed by drums to create the melodious tune to kick off the rest of the album. The men of One Direction — Harry Styles, Zayn Malik, Louis Tomlinson, Liam Payne and Niall Horan — have been progressively moving toward more of a rock sound to create the combination of pop and rock. This isn’t something totally new to the U.K. members, since they have been incorporating these sounds since their previous album, “Midnight Memories.” It seems that this sound is more natural for them and doesn’t feel forced. Since their last album, One Direction’s voices have become stronger, showing how their ability to produce rock songs has improved.

“18,” a sweet love ballad written by singer-songwriter Ed Sheeran, is a mellow song that gives listeners the opportunity to hear the raw voices of the group. The sound of an acoustic guitar strum mixed with the gentle beat of drums creates a subtle sound, which the audience could come to appreciate since the artists’ voices aren’t particularly masked by beat-driven instrumentals. On this track, the five singers sound more mature than ever before. Those who admire Sheeran could also come to enjoy this song, which could attract a wider audience to the British boy band.

One of the more rock tracks on the record is the song “Clouds,” which begins with the sounds of electric guitars and pounding drumbeats. The track shows off how One Direction has gradually shifted to this different sound that could potentially be appealing to more listeners and fans. This gives the group the chance to experiment with a more intense sound rather than just its normal pop ballads that fans may expect. Giving the singers a different edge, this anthem comes off as a nice touch to the whole album.

From start to finish, One Direction has created an album that demonstrates that it has moved forward from being the teen singers on “The X Factor” to becoming a young group of guys with great artistic abilities. With great vocals and a display of broad sounds, One Direction makes “Four” a captivating album for any listener.