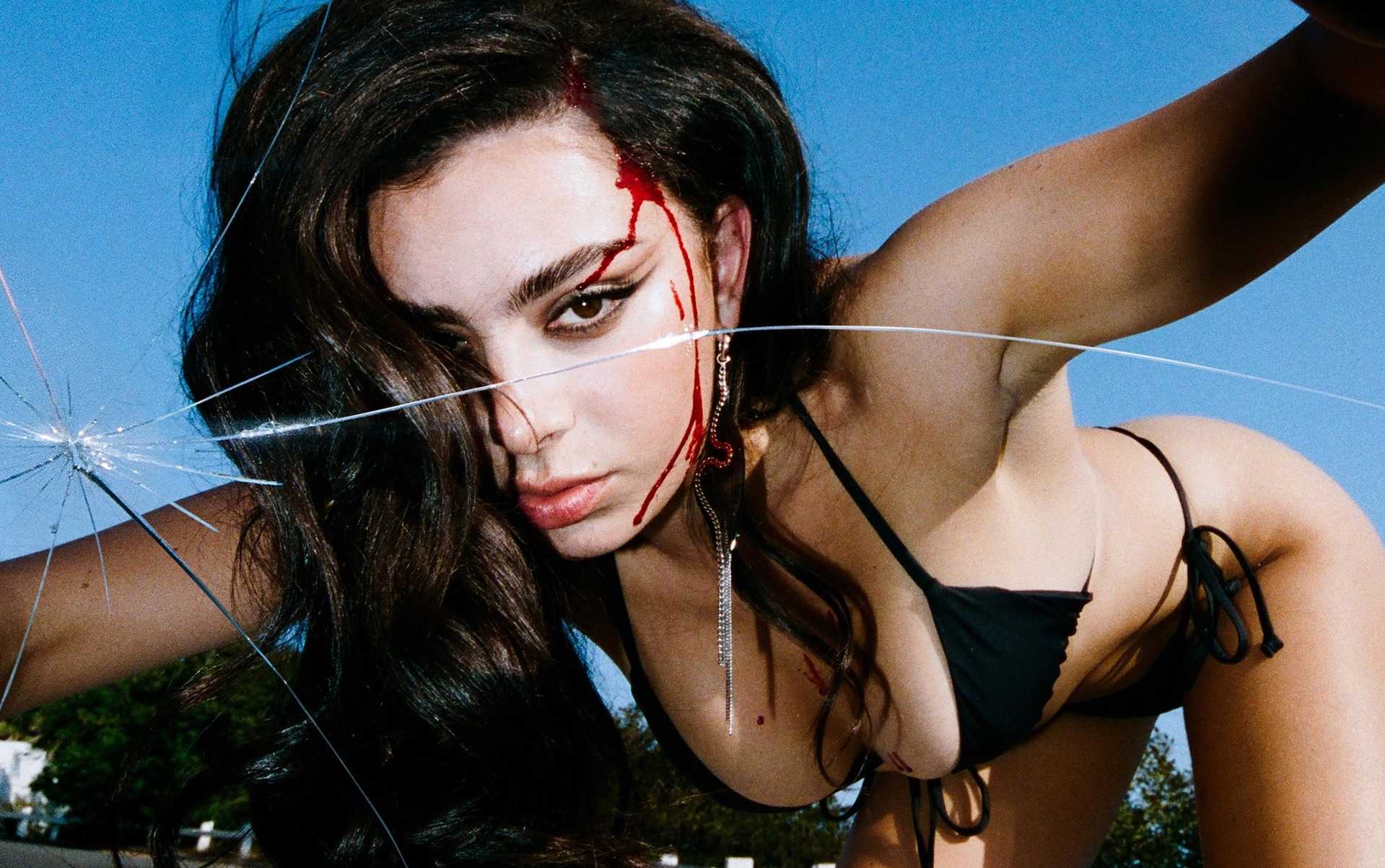 Courtesy of Atlantic Records
"Crash" proves to be an encyclopedia of pop, featuring a number of iconic artists.
By Eva Salzman — Managing Editor
Published: March 31, 2022

Sprawled across the hood of a car wearing a black bikini and sporting a bloody gash on her forehead in the album art, pop princess Charli XCX is back with her latest release, “Crash.” The album marks the end of a five-album-long contract with Atlantic that the artist signed when she was 16 years old, but Charli makes it clear that she isn’t going to slug through a contractually obligated project — she wants to finish strong.

“Crash” is a perfect collision of elements that differentiate a pop album with a message from a made-for-radio pop album. Charli has always played off the “engineered for stardom” pop star picture with consistent imagery throughout her albums of sleek machinery, cars and robotics. She furthered her investment in this concept with her stint in hyperpop — a subgenre characterized by its pitch-modified vocals, distorted bass and glitchy sound effects. “I’m interested in the concept of selling out,” Charli tweeted in 2020, and it seems like that’s exactly what she’s trying to explore in “Crash,” spitting out a piercing message about how record labels exploit their young female pop products.

Charli cites Britney Spears as one of her biggest musical inspirations, telling Cosmopolitan in 2014, “The way her songs are crafted is really amazing. I think that music is really interesting and clever.” Being a woman in pop music, literacy within the genre is key to her success, and “Crash” track “Lightning” tells listeners all they need to know. The track was co-written by Spears’ “…Baby One More Time” co-producer Rami Yacoub, and between robotic monotone pre-choruses ring out the lines, “So tell me what you want and I’ma give it to you” — an acknowledgement of the naive, young pop star to engineered radio product pipeline.

If there’s one thing “Crash” proves, it’s that Charli knows her stuff — the album is an encyclopedia of pop. The dreamy synth-pop “New Shapes” (feat. Christine and the Queens and Caroline Polacheck) features airy choruses and a bombastic drum kit right before moving into the seductive, dark eurohouse track “Good Ones.”

Charli’s genre intelligence shines even brighter in her sampling. If something about that bouncy synth line in “Used to Know Me” sounds familiar, that’s because it’s interpolated from Robin S’ 1993 dance hit “Show Me Love.” And if, well, everything is recognizable from “Beg For You” (feat. Rina Sawayama), that’s because it uses the melody of September’s 2005 “Cry For You.”

Amid her style swapping and hit homaging, Charli checks in with multiple-time collaborator and cutting-edge producer A.G. Cook with the twinkling, 80s-electronic ballad “Every Rule.” The track is a sentimental change of pace on “Crash,” detailing the tragic fallout of a relationship. But as soon as it fades out, Charli switches gears again into the punchy “Yuck,” where she expresses her distaste for romance when she’s “just tryna get lucky.” Interestingly, “Yuck” is the most commercial-sounding piece on “Crash,” providing a weaker moment among the tracks. Its sassy one-liners and a four-on-the-floor beat make it sound like it was made for middle schoolers to make TikTok dances to.

Possibly to foreshadow “Crash”’s emblematic-of-pop theme, the day before its release, Charli was spotted wearing a pink baby t-shirt that displayed the phrase, “they don’t build statues of critics.” She’s right, they don’t, and going as far as wearing the statement only proves her focus on the superstar trope of pop as a product. What’s next for the singer-songwriter now that her contract is up? Who knows, but “Crash” is Charli’s 101 lecture on what goes on both in front of and behind the curtain in the pop industry, and when class is dismissed, she drops the mic and walks out first.