Review: Charlie Puth is not afraid to get personal 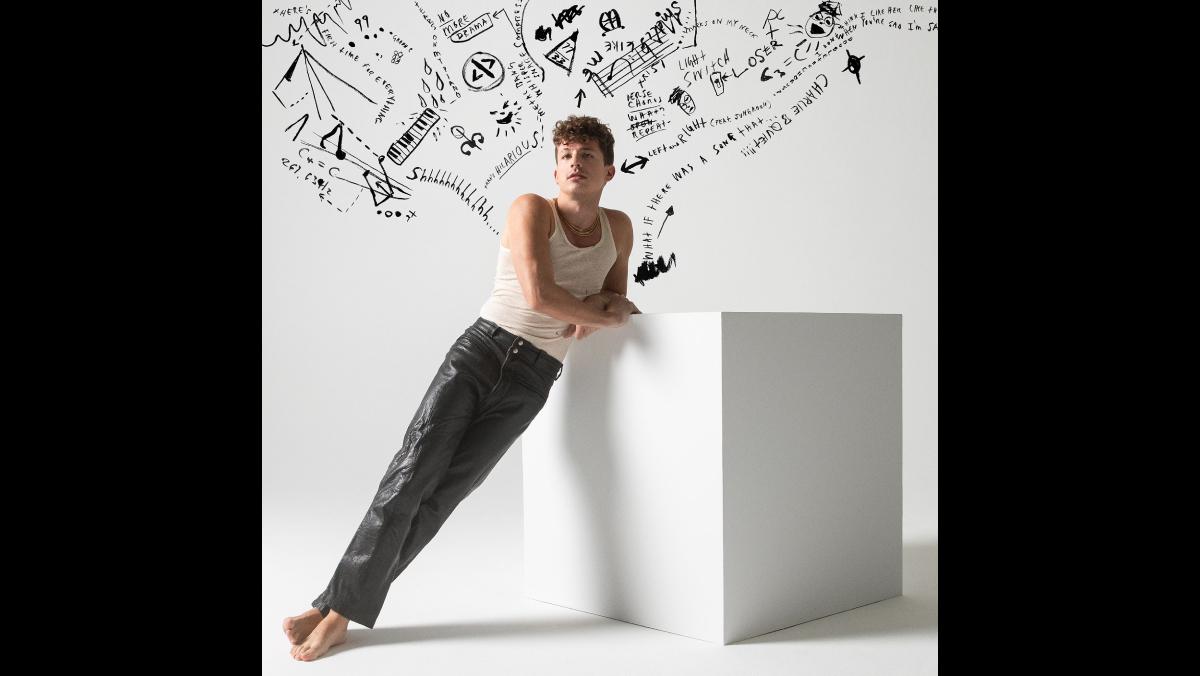 Charlie Puth’s third studio album, “CHARLIE,” allows fans to get a full glimpse of who he is both as an artist and a person. Puth has never shied away from getting personal, as previous songs, like “See You Again” (2015) and “We don’t talk anymore” (2016), have touched upon themes of love, heartbreak and loss. However, what sets “CHARLIE” apart from Puth’s previous works is the inspiration behind this album. In an episode with the music podcast Rolling Stone Music Now, Puth said “CHARLIE” came as a result of two breakups: one with a long-term girlfriend and another with a long-time business partner. Puth also used the popular social media app TikTok to not only promote the album, but to give fans a behind-the-scenes look at the making of the album by posting videos of himself in the studio.

The album starts with “That’s Hilarious,” an intense song with powerful lyrics accompanied by Puth’s “ha ha ha” in the background during the chorus. “You didn’t love when you had me / But now you need me so badly / You can’t be serious / That’s hilarious,” Puth sings, making it clear that the song is about a messy relationship as he laughs at the prospect of being heartbroken.

As one of the highlights of the album, “Charlie Be Quiet!” has a dynamic guitar sound that can be felt throughout the song. The song starts off with a soft guitar but continues to get louder toward the pre-chorus and peaks at the chorus. The increase and decrease in dynamics of the guitar before and after the chorus bring forth the meaning of the song, which is about emotional control. The soft and loud moments in the song showcase how Puth is unsure how he should confront his crush. Though some may find the song to be cringy, others might be able to relate to feeling nervous about approaching their crush.

The album has multiple catchy and fast-paced songs like “Light Switch,” “There’s A First Time For Everything” and “Loser.” However, “When You’re Sad I’m Sad” briefly slows the album down for listeners and shows Puth’s more vulnerable side. “Guess I’ll never get to give my love / To someone who actually deserves it all” are lyrics that grab the attention of the listener and put them in an emotional mood.

While “Left and Right,” featuring Jeon Jung-Kook from k-pop group BTS, is the only feature on the album, it is the blandest song on the album. Puth could have either utilized Jeon’s voice a bit more or put him on another song. It felt like Puth only used him to gain the attention of BTS fans instead of having a proper collaboration.

In “Tears On My Piano,” Puth highlights the muse behind his music as he sings “Can’t keep my mind off you / Lately, you’re responsible for / All these tears on my piano.” The upbeat track features Puth playing a few keys on his piano. “I Don’t Think That I Like Her” is Puth’s most personal song on the album. In this song, Puth sings about how he is hesitant to step into a new relationship because of how they all end up with him feeling heartbroken. The heart wrenching lyrics, “I don’t think that I like her anymore / Girls are all the same / All they wanna do is break my heart / my heart,” not only makes the listener sympathize with Puth, but allows listeners to relate to his struggles in finding love as well.

“No More Drama,” the final song on the album, has a calm vibe and feels more familiar to Puth’s R&B sound. The lyrics, “Took a year ‘fore I recognized / That our love had already died /Baby, I was down bad, I was down bad” sees Puth reflecting on his previous relationship and coming to peace with it ending. Despite all of the hurt Puth has experienced in the past few years, this reflective song reveals that Puth is healing from the trauma and trying to start over. The actual song was filled with Puth harmonizing with himself to a causal beat.

One thing that brings the album down is that many of the songs have the same fast rock and roll sound, which could potentially bore the listener. Additionally, “CHARLIE” does not showcase Puth’s vocals as much and it feels like he is holding back a little in some of his songs.

“CHARLIE” will take fans on an emotional ride with both highs and lows throughout the process. This album is Puth’s best work in terms of creativity and transparency. However, it falls short on the selection of songs. Overall, “CHARLIE” is successful at telling the story of Puth’s major breakups in an interesting and unique way.

Review: “thank u, next” is shallow and tastelessly underhanded