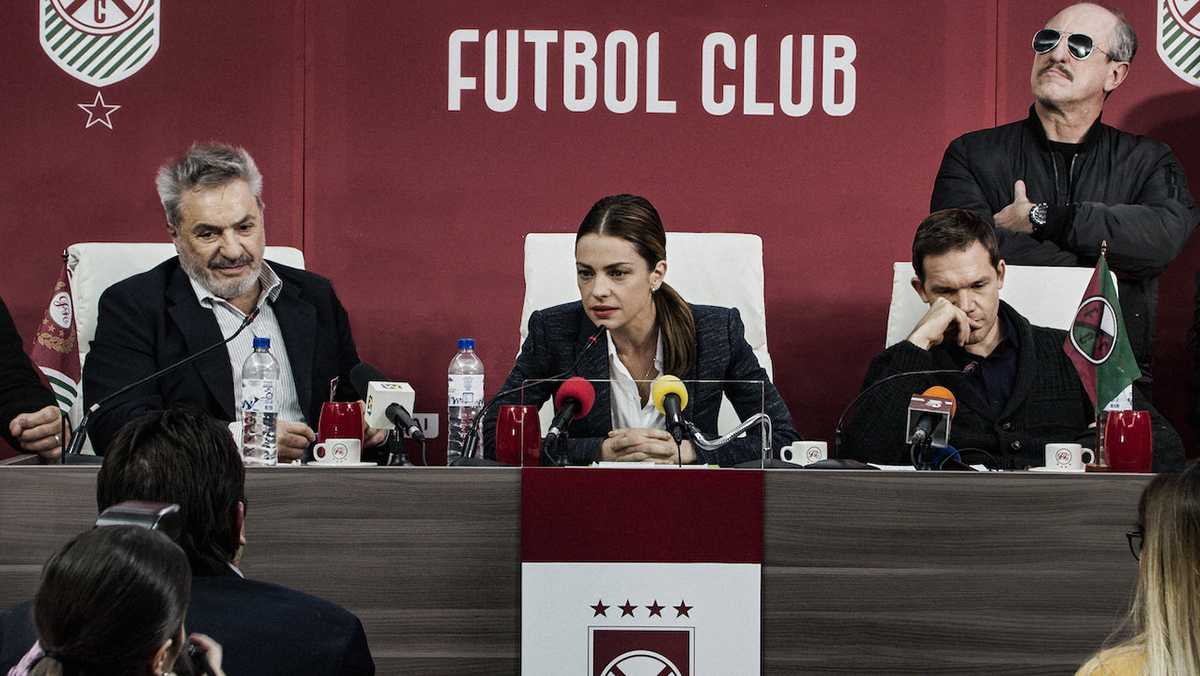 Courtesy of Netflix
While compelling characters may drive “Puerta 7,” the show is ultimately bogged down by convoluted plotlines.
By Connor Ahern
Published: March 4, 2020

Crime dramas and gang politics truly go hand in hand in television, but Netflix’s “Puerta 7” takes an already intricate political gang war and makes it more political. This leads to an overly complicated story that has only a few redeeming moments in its various subplots.

The Argentinian soccer club at the center of the show seems normal on the surface. When the leader of a gang gets stabbed in the stands of a game, the dangerous power he has over the club and most of the city is revealed. The show primarily follows three characters: Diana (Dolores Fonzi), a lawyer who is appointed chief of security at the soccer club; Mario (Ignacio Quesada), a young man who gets roped into gang activity; and Lomito (Carlos Belloso), the crime boss.

All of the characters are introduced within the first few episodes, and each one has significant importance to the plot. There does not seem to be a problem with this right off the bat, but as the show continues, the stories become hard to keep track of. The show is in Spanish, with no English dub, which demands full attention to read the subtitles. Even at the show’s peak, there are too many subplots going on while the main plot is progressing. Diana has relationship struggles while the gang battles and tries to help her neighborhood. At times, this makes the story feel cluttered.

The main plot follows Diana trying to take Lomito out of power. The side plots include Mario joining the gang and a growing conflict with his best friend. A rival gang leader is selling drugs in Lomito’s territory while Lomito is taking on Diana. Lomito forces a new player onto the soccer field, and that same player seduces Lomito’s daughter — a subplot that leads nowhere.

All of that and more is happening about the same time, but some plots are made more significant than they should be. About halfway into the series, there is no room to take breaks between episodes. A week or even a few days can cause Lomito’s vague political schemes and the side characters’ personal problems to become too muddled.

However, Mario’s rise in the gang is one of the more powerful stories. His relationship with his girlfriend, Camilla (Iara Ciccone), is meaningful and wholesome. Their scenes together are visually contrasted with Lomito’s daughter and the soccer prodigy’s completely sexual and largely meaningless relationship. These depictions add depth to Mario, whose morality is constantly challenged by his membership with the gang and their violence. When Camilla becomes pregnant, Mario’s devotion is put to the test: the gang or his future. Mario’s slow descent into the violent gang life is powerfully written and shows that any of the characters could end up the same way.

While Mario integrates into gang life, Diana works harder to end the gang’s rule over the city. She has to use the court to put Lomito in prison, but he controls the judicial system and easily overturns the ruling. Her character’s quick but difficult rise to power is highlighted clearly during moments like this. The intricate politics of this series are interesting and well-developed, with fantastic power dynamics.

Fortunately, the various secondary characters that make the show feel muddled have compelling morally gray aspects. Fabian (Esteban Lamothe) is the best example of this. He does Lomito’s dirty work and takes Mario under his wing to teach him about gang life. Fabian serves Lomito directly but often disagrees with him. For example, Fabian wants to kill the rival gang leader and stop drugs from entering the community, but Lomito does not want to waste money on it. This creates character conflict that highlights the difference between a normal worker and the rich man in charge.

The intricacies of “Puerta 7” deliver a strong political commentary. When the show tries to cover too many aspects of the side characters in the city, audiences lose sight of the main storyline. This is evident by the hastily written and anticlimactic ending to the show. It’s unfortunate the ambitious and intriguing plot never reached its full potential.