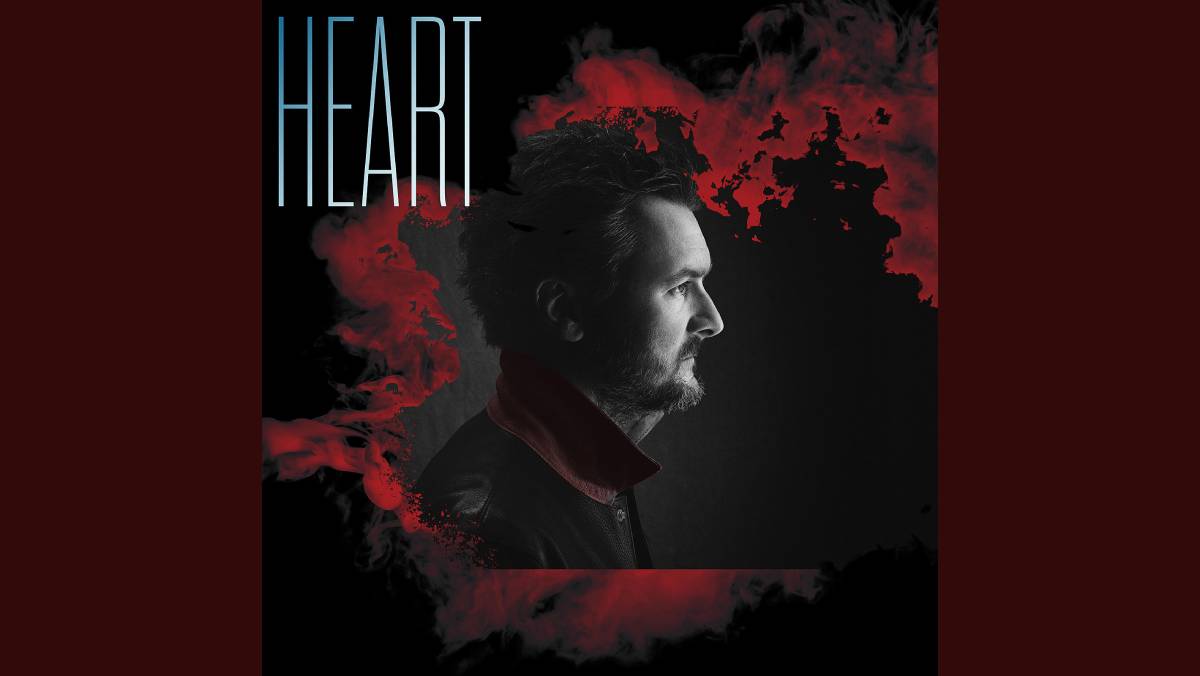 Despite the title, “Heart” — Eric Church’s first release from his triple album, “Heart & Soul” — is not an album of stereotypical country love songs. Church does not sing about meeting the person of his dreams in a run-down, small Southern town as most country artists do. In fact, he does quite the opposite. Throughout the nine songs, Church discusses an array of relatable life conflicts and struggles, along with the emotions that come with them.

Church released the second album, “&,” exclusively to his fan club, The Church Choir. The third and final part of the series, “Soul,” was released April 23, which also has nine tracks.

The majority of the songs on “Heart” focus on dealing with romantic heartbreak. Tracks like “People Break,” “Heart on Fire” and “Russian Roulette” reflect on breakups, as Church shares intimate details of his life that remind him of lost lovers, like specific songs, cars and places.

In “Crazyland,” he personifies the feelings that come with dealing with relationships ending through the lyrics, “That’s Sad in the corner with his heart on his sleeve / Talking to Regret, who’s never gonna leave / Over there playing pool is Fool and Lost / And tending bar tonight that’s All My Fault.”

Although heartbreak is the most prevalent theme of the album, “Heart” does not have a deep, slow-moving track list. It offers a variety of songs complete with a balance of slow-paced, acoustic songs and tracks with classic rock roots.

Arguably the most aggressive song on the album, “Stick That In Your Country Song,” discusses issues that plague the U.S., including war, underpaid teachers and violence in cities, like, “Drop me off in Baltimore / Where every other window’s got a plywood board / Where dreams become drugs and guns / The only way out is to shoot or run / Stick that in your country song, yeah.” While the song brings important issues to light, it sticks out awkwardly in the middle of the album. Its lyrical meaning strays from the rest of the tracks, and its heavy percussion and intense vocals do not flow with the rest of the album.

The song “Heart of the Night” also strays from the album’s heartbreak theme. In it, Church sings about moving from his hometown after seeing his father’s hardships, specifically labor-intensive work and poverty, and feeling trapped in a “cage.” Even though the song’s concept differs from the rest of the album, its thoughtful lyrics and soothing acoustic sound relate closely with other tracks.

The track “Never Break Heart” acknowledges that pain is an inevitable part of life. Church uses the song’s chorus to emphasize that even in a world full of hate and selfishness, there is no point in living in fear because people miss the joy that life holds when avoiding the bad. He sings, “Don’t let fear steal your brave heart / Don’t let doubt take your faith heart / It’s okay to cry / But don’t never break heart.”

Church uses “Heart” to share emotions of regret, sorrow, guilt and confusion that are part of human nature. While it has a strong combination of lyrics and sounds, there are no tracks that particularly stand out to make the album one of Church’s best.

Singles for the week 3/1