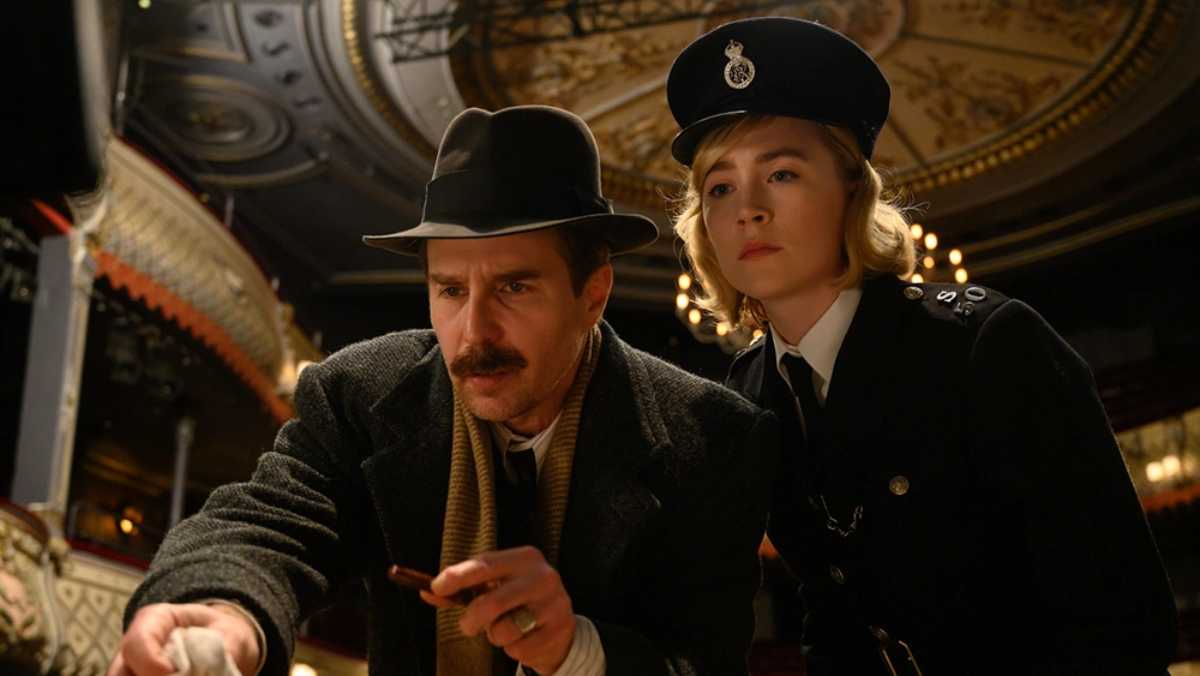 See How They Run

The murder mystery genre is one of the most beloved and long–running in cinema. It doesn’t matter what the trends of the era are, a good old murder mystery is always one to bring audiences together. “See How They Run” is absolutely no different.

Director Tom George, who helmed the beloved British TV show “This Country,” has moved onward and upward to his feature debut. The film, set in 1953 London, follows worn–down Inspector Stoppard (Sam Rockwell) and eager rookie Constable Stalker (Saoirse Ronan) as they investigate the murder of a key crew member involved in the upcoming film adaptation of Agatha Christie’s play “The Mousetrap.”

George and writer Mark Chappell have a clear love for the ensemble Agatha Christie-esque mystery and all the tropes audiences have come to know and love. However, the way that Chappell and George attempt to subvert expectations and play with these tropes tend to be somewhat hit or miss. Though the self-aware dialogue filled the theater with laughs, oftentimes, the film falls directly into the pitfalls of the tropes it sets out to make fun of. Much of the narrative structure is told to the audience plainly in the beginning of the film, making the twists and turns throughout the story less shocking. By the time it reaches its climax, viewers know where and how the film will end.

However, this doesn’t mean that some of the reveals and twists don’t work. Many small details that build to the finale had the audience on the edge of their seats, and there is plenty of post-movie discussion to be had about all the intricacies of the eventual reveal of the killer. And isn’t the best part of a mystery the theories conjured up by the audience members and shared with other viewers afterward?

On a more technical side, the film works quite well. At a breezy 98 minutes, the film rarely drags, and much of the pacing is nearly breakneck, introducing and crossing off different suspects and new versions of events from that fateful night all within minutes. The editing is clean and snappy, often utilizing split screens to show the ensemble in their different locations, concisely cluing the audience in on a little bit more information than the characters have.

The real star of the film is Ronan as Constable Stalker. Although she’s no stranger to delivering punchlines, with roles in comedies like “Lady Bird” or “The Grand Budapest Hotel,” this is an excellent showcase of her diving right into the comedy of the situation, often acting as a lens for the audience to see into the world. Constable Stalker’s interest in the play often leads to extremely funny, and often relatable, moments between her and the other characters, namely Dickie Attenborough (Harris Dickinson), the lead of the play. Unfortunately, Rockwell’s performance as Inspector Stoppard is underwhelming. With the script not giving him much to do besides being the the worn-down detective, audiences don’t get much insight into who he is. Ultimately, the character ends up being somewhat of a caricature, with minimal reason to root for him as he uncovers clues and interrogates suspects.

Overall, “See How They Run” is quite enjoyable, with lots of laughs and an intriguing enough mystery, but despite its intricate plot, many of the themes and characters fall somewhat flat. The meta-commentary of the film oscillates between whip smart and unnecessary, sometimes leading it to fall flat on its intended satirical delivery.