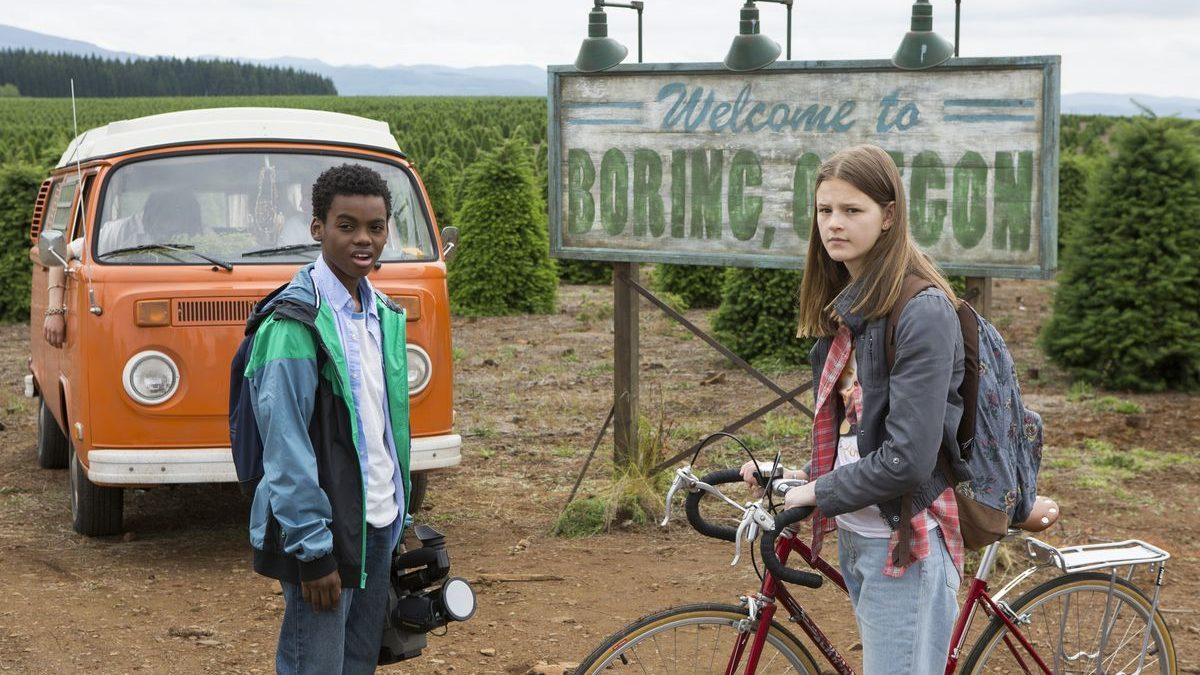 Netflix
"Everything Sucks" is a coming-of-age Netflix original series. The show, set in 1996 in the small town of Boring, Oregon, follows a group of teenagers as they navigate high school relationships.
By Jake Leary — Staff Writer
Published: February 26, 2018

At least, that’s how it looks when you’re 14 with a broken heart and a lofty goal.

From showrunners Ben York Jones and Michael Mohan, “Everything Sucks” is yet another Netflix coming-of-age drama. Like January’s “The End of the F***ing World,” “Everything Sucks” features societal outsiders, estranged fathers and misguided expressions of love. But if the former is about adulthood, the latter is about adolescence and all the sloppy side effects of young love.

Luke O’Neil (Jahi Di’Allo Winston) is a freshly minted freshman at Boring High School. He’s in love with Kate Messner (Peyton Kennedy) — the principal’s daughter. But she’s not in love with him, or any boy in Boring. She’s gay and struggling with her newfound sexuality. In the midst of Luke and Kate’s complicated relationship, the pair has to contend with a budding romance between their parents, Ken Messner (Patch Darragh) and Sherry O’Neil (Claudine Mboligikpelani Nako).

The first half of the show focuses on Luke’s feelings for Kate and the lengths he’ll go to win her over. Luke’s often-extreme actions are painful to watch. He is barely beyond middle school, constantly acting on impulse and selfish desires. In the second episode, he announces his love for Kate over a televised school broadcast, not caring she’s in an awkward position. He’s devoid of restraint, common sense and, until the very end, empathy. Luke’s arc is about the struggle of accepting someone else’s happiness at the expense of his own — he doesn’t “get the girl,” make good with his estranged father or stop the tryst between his mother and Kate’s father. He learns to live with other people’s lives. It’s a mature theme for an often-simple show.

Kate’s struggle is just as complex. She develops feelings for another student, the preeminent drama queen of Boring High, Emaline (Sydney Sweeney). For several episodes, Kate isn’t sure if Emaline shares her romantic feelings or if she’ll be repulsed by Kate’s sexuality like so many of her peers. Unfortunately, Emaline isn’t as developed as Kate. Kate’s sexuality is well-established, but Emaline’s isn’t. Her subplot feels incomplete and rushed, and her relationship with her runaway boyfriend is an artificial attempt to fuel drama.

“Everything Sucks” challenges the viewers’ preconceived notion of romance, and it does so gracefully. The show is heartbreaking because the viewer wants Luke’s love to be recognized but also wants Kate’s journey of self-understanding to be fulfilled. The conflict pulls the audience in multiple directions and makes every relationship milestone for Kate both glorious and upsetting.

But beyond the core characters, “Everything Sucks” has little to offer. Many of the side characters come across as cartoonish. Luke’s best friends are the worst offenders. McQuaid (Rio Mangini) is the stereotypical nerd — everything he says is preceded by lines like “according to my calculations” or “my observations indicate.” In a show that infuses nuance into its primary characters, McQuaid’s goofy, Sheldon Cooper–esque delivery is at odds with the tone of the show. Luke’s other best friend, Tyler (Quinn Liebling), is just as odd as McQuaid. He is the hapless, hopeless fool. His learning disability is frequently played for jokes — most of which don’t land — and he rarely adds humor or heart to the scenes he’s in. Both characters are given a few moments to shine and grow, but their cartoonish personalities undermine the attempted complexity.

“Everything Sucks” is for the viewer who misses high school. It’s a show that evokes memories of a time when life was dictated by the ring of a bell, the screech of a teacher and the whims of your friends. It’s a show about growing up, and like growing up, “Everything Sucks” is often messy and illogical. It’s not a smart series, but it’s a sweet one.