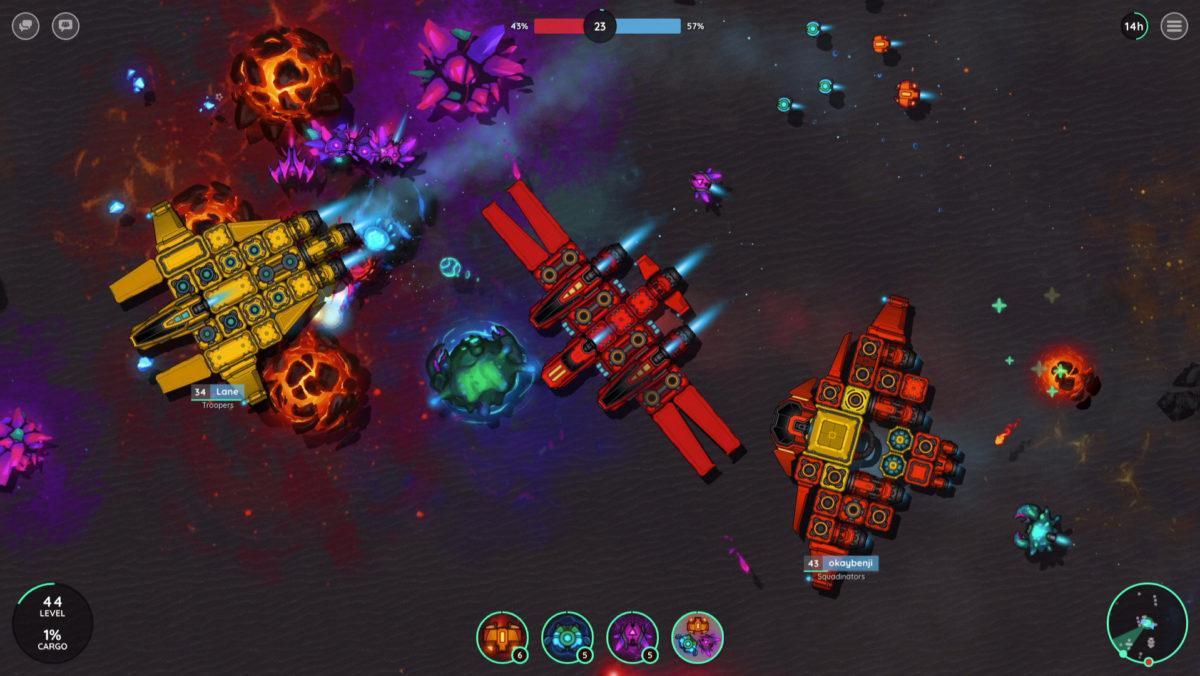 GoldFire Studios
"Exocraft" feel nostalgic of old 80s sci-fi titles, but does not provide a real challenge for players. The game drones on with a repetitive map and quests, and does nothing to keep players hooked on it.
By Alex Hartzog
Published: March 18, 2019

Resource management games can be charming to some, but Goldfire Studios’ “Exocraft” is an uninspired knockoff of many other sci-fi games.

“Exocraft” blends the space sci-fi aesthetics of games like “FTL: Faster Than Light” and iconic gameplay elements similar to those in “Asteroids.” “Exocraft” has point–and–click mechanics, with the player acting as the pilot of a mining and salvaging rig in space. The player goes through the game harvesting crystals, gems and spare parts from wreckages and mines. The main mechanic the game revolves around is determining how to minimize expenses and maximize effectiveness when mining, which is classic resource management gameplay.

An added challenge — if it can even be called that — to the game is guardians that surround the mines. The guardians come in three varieties: Lava, Spark and Aqua. Mines cannot be harvested until all guardians surrounding it have been destroyed. When facing the guardians, the game becomes one of numbers in which overpowering the enemy with as many drones as the player can buy becomes the main priority.

Apart from being the player’s only way to interact with the map, drones can also be upgraded with collectible items called element cores, which drop once in a blue moon — if that — making the upgrade system rather uninteresting, as the player hardly ever gets to use it. Having such an inaccessible system for a vital part of the game makes the entire progression of the drones rather pointless.

The map, while seemingly massive at first, is pathetically small. It becomes clear rather quickly that the map loops back on itself, and the entire rectangular area can be traversed in less than 30 seconds.

The audio design gives off a strong space vibe, with many sounds reminiscent of other sci-fi media like “Back To the Future.” However, the sound effects seem very generic apart from that. The sound for collecting crystals is the same sound effect for selling crystals, for instance. Very rarely does the music actually play in “Exocraft,” with all sound effects cutting out entirely at times. Often, the only sound the player hears is the faint hum of their ship, if even that, making the game feel soulless and awkward.

In order to progress in “Exocraft,” the player must collect massive amounts of credits in order to buy new parts, drones and crew for their ships. However, many items are locked behind the semi-premium currency of gems, which can be picked up while playing the game or leveling up but hardly spawn in high enough quantities, goading the player to buy the gems instead.

Even though the game is marketed as a massive, multiplayer online game, interactions with other players are rather nonmeaningful. The most players can do is assist others with attacking giant variants of guardians or participate in races.

In order to keep a player entertained in a game, there must be something for the player to be working toward or something that the player wants to do — kill the dragon, climb the highest mountain, beat the next level and so on. In “Exocraft,” these very simple concepts are almost completely missing, an issue which immediately turns this game into one that will lose most of its player–base faster than a five–second YouTube ad.

After the first hour of playing, there really is not much reason to continue, as the novelty wears off quite quickly. The only thing the game really has going for it is that it is free to play.