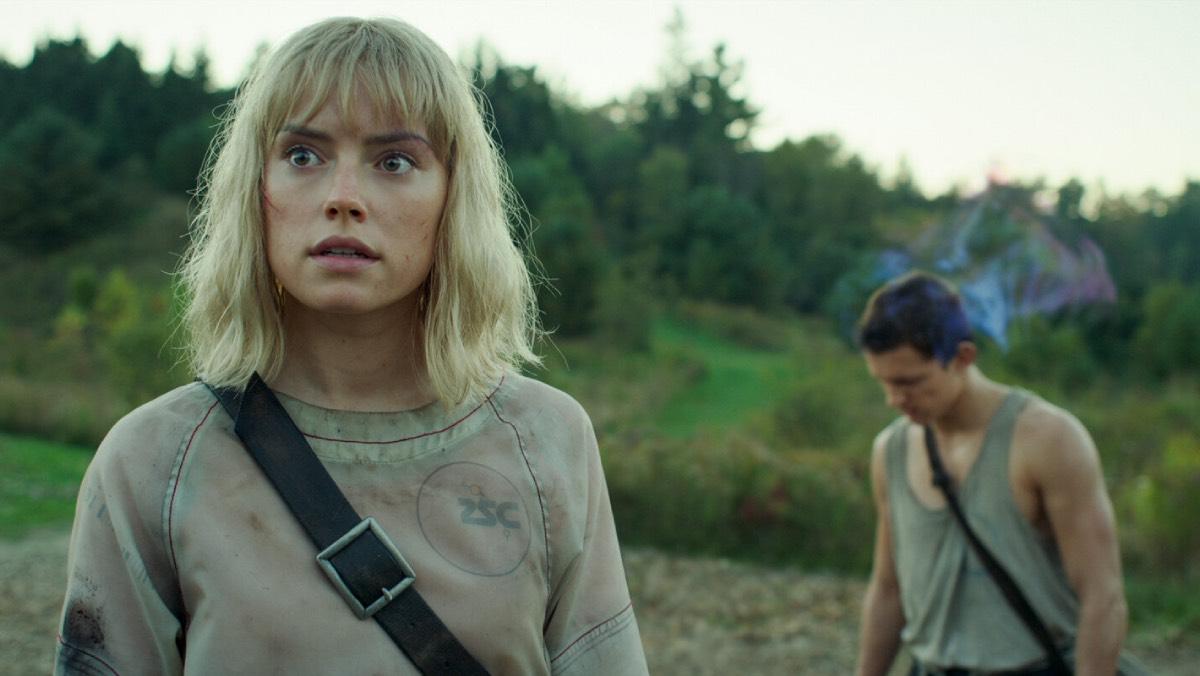 Courtesy of Quadrant Pictures
If viewers have wondered what type of film would result from a decade of studio interference, a watered-down screenplay and an unfilmable concept, “Chaos Walking” is their answer.
By Elijah de Castro — Staff Writer
Published: March 22, 2021

Much of the discussion surrounding “Chaos Walking,” a new film depicting a world in which men’s thoughts can be seen and heard by others, begins by showing the film mercy because of the concept’s “potential.” However, when thinking candidly for more than five minutes, if this concept were interpreted accurately, the film would not be PG-13, it would be impossible to follow and would horrify even male audiences. The thoughts of men are best left inside their heads. But alas, audiences have received “Chaos Walking,” Doug Liman’s wholly vapid $100 million Tom Holland adventure flick, which is no more substantive than a fart in the wind.

Set in the future on the cursorily titled planet “New World,” “Chaos Walking” follows a young man named Todd Hewitt (Holland) who lives a hunter-gatherer lifestyle in Prentisstown. “New World,” which has been colonized, is a world where the thoughts of men swirl and radiate around their heads in a haze that looks like spilled gasoline. The characters call this “The Noise.” Todd is thrust into action when Viola Eade (Daisy Ridley), a young bleach blonde-haired woman from Earth, lands on his planet. She must reach a McGuffin in time to save her world before the mayor of Prentisstown, Prentiss (Mads Mikkelsen), stops her.

A film that bears a heavy level of boredom and an impressive lack of substance, “Chaos Walking” is as vacant and hollow as big-budget science fiction gets. This can likely be attributed to the fact that the film suffered development hell for 10 years, with its screenplay going through an endless number of hands including the master of weird movies himself, Charlie Kaufman. The result of so much shuffling and studio interference is a film painfully understimulating and lacking in personality. Comparing its blandness to a saltine cracker is an insult to crackers — even crackers can act as nice palette cleansers.

The journey that Viola — whose arrival on Earth was part of a larger scouting mission in search of a habitable planet — takes Todd on is neither intriguing nor unique. It is what it is: Tom Holland and Daisy Ridley wandering through the woods while a bad guy on a horse chases after them. The film tries to foster a relationship between Holland and Ridley’s characters by showing Todd’s “embarrassing” thoughts, like one scene showing Todd’s fantasy of leaning over and kissing Viola. An uncommon way to create humor, yes, but it doesn’t change or shape their relationship into anything memorable or enriching.

If viewers have wondered what type of film would result from a decade of studio interference, a watered-down screenplay and an unfilmable concept, “Chaos Walking” is their answer. Audiences should expect better from the director behind one of science fiction’s best recent entries, “Edge of Tomorrow.” A black hole of personality, texture and substance, “Chaos Walking” is a memorably forgettable experience.

Review: Jazz singer biopic is a swing and a miss