Review: German remake of war classic is brutal and bold 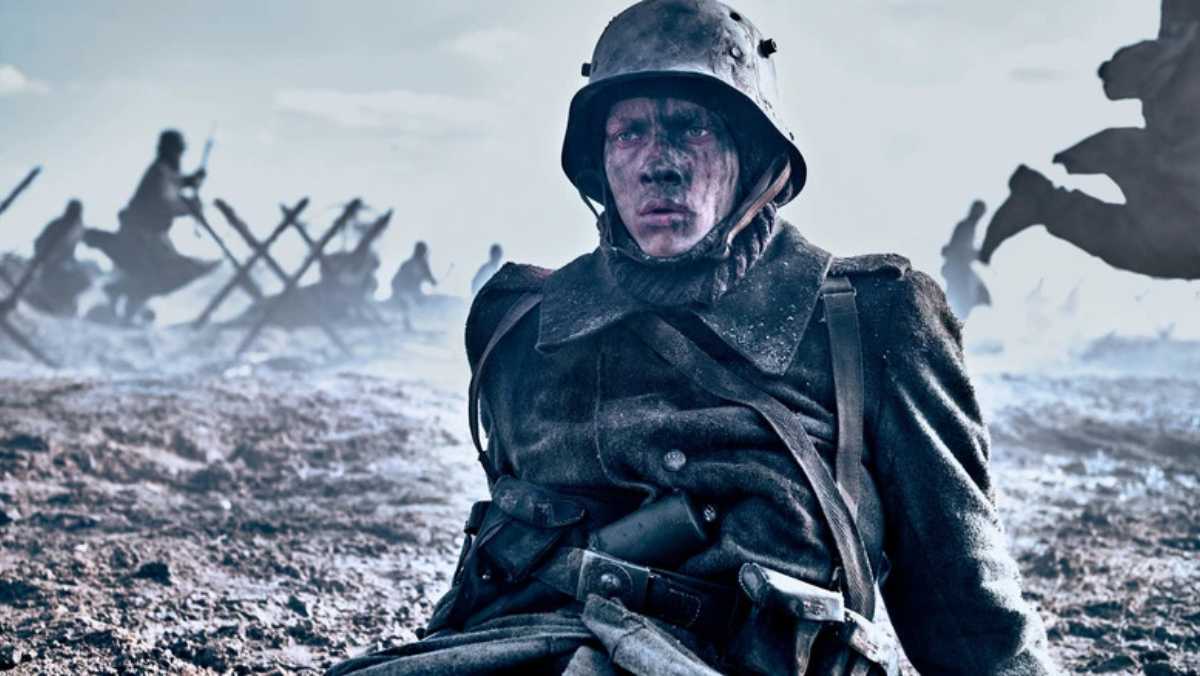 Courtesy of Netflix
Paul Bäumer (Felix Kammerer) and his friends face the horrors of World War I in this authentic war film from Germany.
By Sarah Payne — Contributing Writer
Published: November 8, 2022

All Quiet on the Western Front

War, although often idolized in Hollywood, is dark, traumatizing and life-changing. The German film “All Quiet on the Western Front,” released on Netflix, doesn’t shy away from that gruesome reality.

Directed by Edward Berger, “All Quiet on the Western Front” is a remake of the Best Picture Oscar Award Winning 1930 movie sharing the same name, which was directed by Lewis Milestone. Both movies are adaptations of the popular 1929 novel, also with the same name, written by Erich Maria Remarque.

“All Quiet on the Western Front” follows the journey of Paul Bäumer (Felix Kammerer) and his friends as they first enter World War I as soldiers in mid-1917 to the end of the war in late 1918. The film brilliantly showcases the group’s transition from proud and eager soldiers to people who are afraid, drained and desperate in its 148-minute span.

The film also highlights the brotherhood developed between the soldiers and it is nearly impossible not to feel attached to these characters. The relationship between Paul and Stanislaus “Kat” Katczinsky (Albrecht Schuch) is especially captivating, emotive and moving. Their dynamic is the standout relationship and highlights the pinnacle of the acting performances of the film during their interactions. All the actors pull their load in the film, which not all films have to their credit.

The writers sufficiently avoided placing any character into a box. The soldiers have complex, changing personalities and motivations that evolve with the context of the war surrounding them. The actors are able to portray a wide variety of emotions and personality traits for these characters; no one is typecasted.

The film also dives into the conflict over creation and implementation of peace agreements with France — an armistice. This plot point of the film is the furthest divergence from the 1930 film and 1929 novel, which do not discuss this topic in depth. The storyline itself is interesting and offers a thought-provoking contrast to the soldiers in the front lines. However, the characters that lead in this aspect of the film are not developed, so it is harder to care about these characters and, in turn, the storyline as a whole. Also, the scenes featuring this aspect of the film only last a few minutes at a time, so they are not very memorable and important details can escape the viewers’ mind.

The film utilizes an excellent, ominous score of strings and drums featuring intense brassy synths to showcase the transformation of Paul and, to a greater extent, the metamorphosis of the German and French (somewhat, though not as in depth as the formerly mentioned) people under the pressures of war. The music adds to the intensity of the film and helps the audience transport themselves to the battlefield. The deep synths especially send chills up one’s spine.

The cinematography and special effects are easily the strongest qualities of the film. The blueish-gray undertones used throughout much of the film highlight the dark atmosphere that the characters were physically and emotionally living in. The camera switches from stillness to rapid movement depending on the situation taking place on film, helping to emphasize the varying emotions and intensity that occur in the thralls of war. The use of smoke and displays of powerful weaponry (with help from special effects to create explosions and fiery blazes) alert the viewers to the serious dangers of what is going on; the fog also helps to make the world seem muggy and lifeless.

The costuming and makeup department do an excellent job at setting the scene of where the characters are; no one looks out of place. The makeup and special effects especially shine during and immediately after scenes of battle.

“All Quiet on the Western Front” stands out in a genre that tends to follow the same trends of admiring war or the classic hero story. It is bold and utilizes the flaws and fears that make people human to drive this emotionally charged story. Hopefully, this masterful film can serve as inspiration for the war films of the future and embolden them to take risks and to stray off the beaten path of this genre.

all quiet on the western frontbrotherhoodfilmGermanyReviewwar