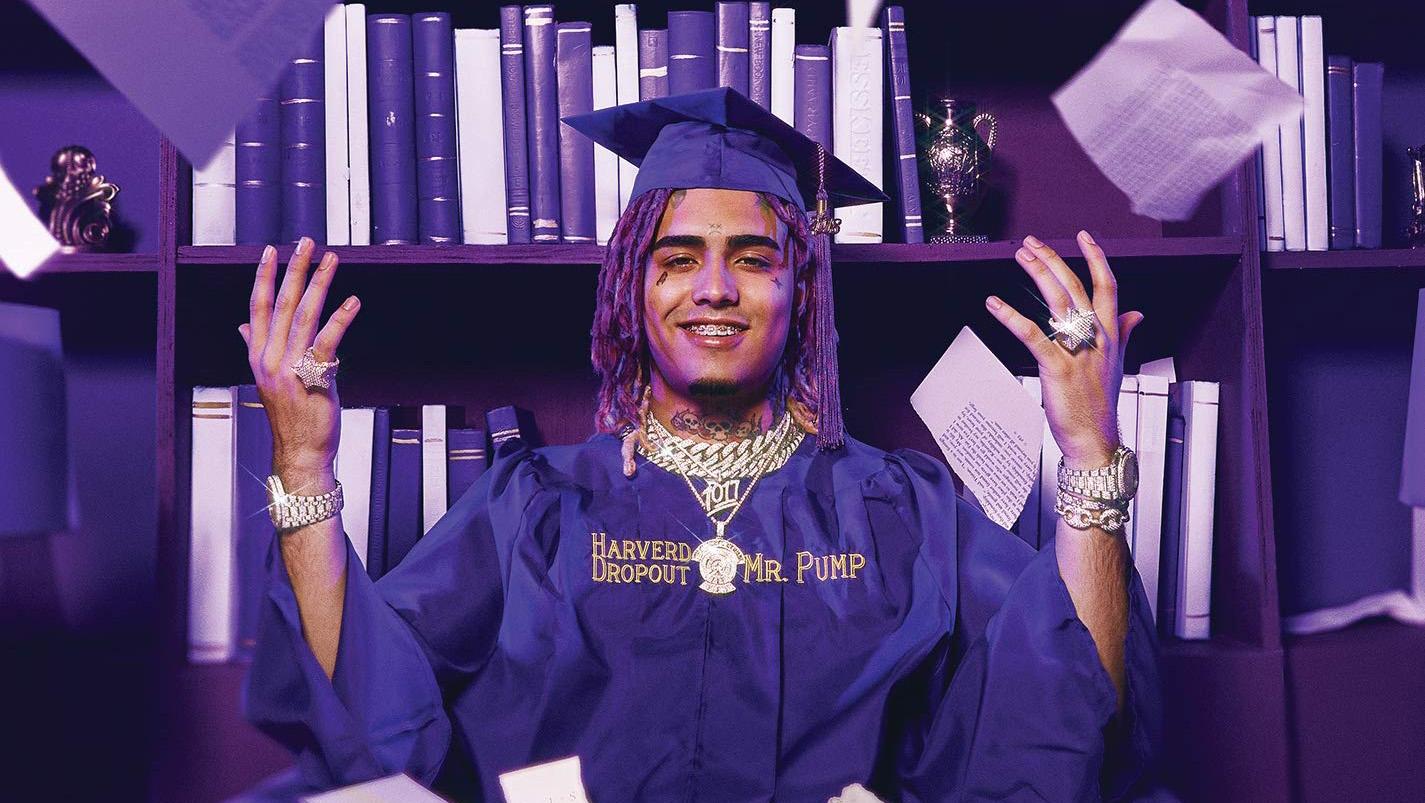 Warner Bros. Records
Lil Pump's new album grabbed a lot of attention when it was first announced but upon its release, it seems likely that this record will not persist in the mainstream.
By David West
Published: March 5, 2019

Just over two years ago, the internet gave birth to one of its most colorful and outspoken personalities.

At only 16 years old, Gazzy Garcia, a cocky, raucous kid from South Florida, became Lil Pump. By shouting minimalist, spur-of-the-moment rhymes over invigorating beats, Lil Pump built his discography off of the SoundCloud–rap wave that he helped start. However, his latest project, “Harverd Dropout,” fails in showcasing the exhilarating sound his content was once abundant with while also highlighting the inevitable descent into irrelevance that he faces from making music so uninspired and typical of modern trap.

To approach a Lil Pump album expecting to be moved is to waste roughly an hour of your time. The pioneers of mumble rap proved that hip-hop doesn’t need to have an exclusively lyrical sound and that by putting an emphasis on instrumentals and vibes rather than linguistics and poetry, a totally new experience could be created. Lil Pump did just that with his self-titled debut album, a short-lived yet enduring fun house of music that slaps you around while somehow making you smile. With his mostly unedited voice riding on the distorted bass that is a staple in SoundCloud rap, Lil Pump infiltrated mainstream audiences with a style that speaks to the rebellious, disobedient youth who frankly just don’t have time to think about the lyrics. “Harverd Dropout” certainly plays to that intentional disregard for lyricism, yet it fails to deliver the same reckless, exhilarating quality present in Lil Pump’s earlier work.

The first issue with “Harverd Dropout” was the decision to release all the best tracks as singles in advance. From “Esskeetit,” which dropped all the way back in April, to the wildly successful Kanye collab “I Love It,” the best pieces of this project were old news by the time the album came around. Everything that is new and fresh happens to also be underwhelming, as Lil Pump too often forgets that his music is only as enjoyable as the high-frequency energy he injects into it.

While the prereleased songs off of “Harverd Dropout” received a good deal of attention, so did Lil Pump’s offensive method of teasing the project. On Dec. 16, Lil Pump previewed a snippet of an upcoming single from the album, “Butterfly Doors.” In the video, he dances in the front of the camera while the original version of the song plays, with audible lyrics such as “They call me Yao Ming ‘cause my eyes real low” are followed by him ad-libbing “Ching Chong!” while pulling his eyes back with his fingers. After being called out on social media by several Asian-American rappers, most notably China Mac, Pump released a public apology and had the offensive lyrics removed before the track’s official release. Rather than letting the catchiness of the album’s lead singles build anticipation and publicity for the album, Lil Pump made headlines for his racial insensitivity and lack of respect for an entire community.

“Harverd Dropout” serves as confirmation that Lil Pump is anything but timeless. With songs classified purely by their vigorous vibe and the hype they inspire, he shows that he’s more of a momentary contributor to the genre of trap than an artist with a long-lasting career ahead of him. The same reason he became successful and found so many fans is ironically the same reason he is destined to fall off. SoundCloud rappers, Lil Pump being no exception, cater to the market for short and sweet content — stuff that does not evoke an abundance of emotions or demand long attention spans. They do this by producing music that plays precisely into what their fans crave: short, high-energy tracks with simplistic, easy-to-follow lyrics over rapid, quickly changing instrumentals. Unfortunately for those same rappers, fans tend to take a similar approach when it comes to finding new artists: Once a particular rapper has exhausted what seems like all the flare and sauce they’re going to be able to bring to the game, they’re off to the next one. There’s always something new being produced — always another internet sensation waiting to be the next big thing.

Lil Pump has long joked that he attended Harvard University and that he dropped out to pursue a career of music and flexing. The uncomfortable truth for Lil Pump is that he may also soon have to drop out of hip-hop unless he finds a way to prove that there’s something enduring beyond the pink dreadlocks and face tattoos — something able to keep him relevant and pertinent to the constantly changing rap game.